Fed up of beach litter? It’s time to cotton on…

I presently work as a Research Officer for Fidra, a small environmental charity based in North Berwick, Scotland. I have a research background with qualifications in biological sciences, marine environmental protection and biogeography.

A journey that started with a traditional paper letter to a major international manufacturer will soon end with a change from plastic to paper in one of our most used products. The letter was written in 2013 by Fidra – a small environmental charity based in Scotland – to the iconic brand Johnson & Johnson about plastic cotton buds.

Used for a huge variety of things in the home, many cotton buds are, amazingly, flushed down the toilet after use, and as a result often end up in our seas and oceans. Once there, they pose a real danger to marine life – they have been found in the stomachs of species like fulmars and loggerhead turtles – causing internal injury and even death.

Plastics also act like a sponge for chemical pollutants such as pesticides, so that low concentrations of toxins in seawater can build up to high levels on plastic debris as they are adsorbed from the surrounding water. 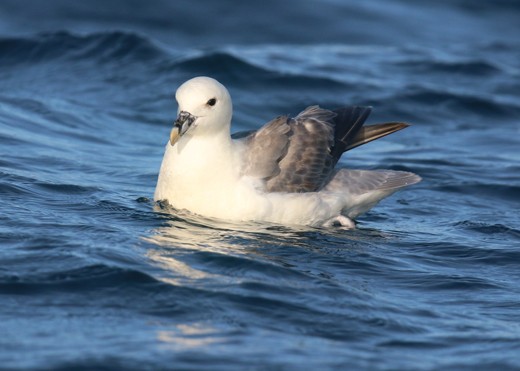 Plastic cotton buds have been found in the stomachs of fulmars, a northern hemisphere seabird. Credit: Matthew Scott.

Thames Water estimates that 100,000 cotton buds are flushed through its sewers every week. If the same applies to all UK water companies this means that millions of these little plastic sticks are being flushed out into our seas and oceans. This is borne out by findings from the Marine Conservation Society, which recorded them as the sixth most common marine litter item in 2016 with an average of 23 sticks per 100 metres of beach. Not only do they look bad, they also indicate a public health risk, marking the trail of sewage from bathroom to beach.

We live in the ultimate convenience age of single-use products. The flip side of this is that by the time today’s primary school children are in their 40s, more than 99% of seabirds will have plastic in their stomachs.

The good news is that actions are springing up to fight the damage being caused by our throwaway culture, and simple changes can have big effects. In the UK , the introduction of a plastic bag charge saw the numbers collected in the Great British Beach Clean fall by almost 50% in the last year. The announcement to ban plastic microbeads from personal care products and cosmetics is a further step in the right direction. Takeaway coffee cups are also getting a lot of attention, with Costa and Starbucks recently starting in-store cup recycling schemes and promoting reusable ‘keep cups’. The ideas of ‘reuse and recycle’ are making the future of both products much more sustainable.

However, ‘reuse and recycle’ doesn’t always work. Plastic cotton buds are a part of marine litter that comes under the unattractive heading of ‘sewage related debris’. Their small size and hygiene issues make reuse or recycling impractical, leaving no environmentally-friendly methods of disposal. A recent ban on plastic cotton buds in France (due to come into force in 2020) provoked angry reactions from some consumers who aren’t aware of the pollution impact of these seemingly innocuous everyday items.

Even though it has been known about for at least 20 years, and despite campaigns that were run 10 and 20 years ago, the fact that people continue to flush them down the toilet and that they still escape through sewage works into the environment means it remains a problem. We need another solution. 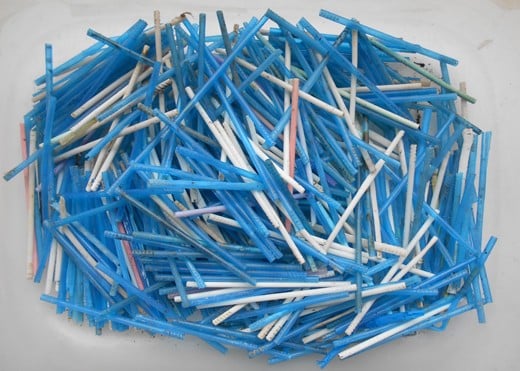 A total of 698 cotton buds collected during one beach clean in September 2016, from a 100 metre stretch of beach in Gullane, Scotland. Credit: Clare Cavers.

Changing cotton bud sticks from plastic to biodegradable materials such as rolled paper could be the answer. Paper sticks in the sewage system would become waterlogged and settle out of wastewater, meaning that they never reach our beaches.

This was the very message that Fidra sent to Johnson & Johnson in its letter back in 2013, and since then we have been talking to many manufacturers and retailers of plastic cotton buds, encouraging them to make this important change.

Johnson & Johnson led the way with retailer Waitrose, committing in early 2016 to transition from plastic to paper within a year. Waitrose’s commitment came to fruition in September and they are the newest addition to The Cotton Bud Project’s Good Buddy List of friendly cotton bud brands. Johnson & Johnson remain on schedule to bring paper-stick cotton buds to the shelves in the new year.

What’s more, we are seeing an exciting shift in public awareness and attitude to the issue in the UK at least, with a recent petition showing huge public support for industry-wide change from plastic to paper cotton buds.

Following this and continued correspondence with Fidra, the major UK supermarkets Tesco, Sainsbury’s, Asda, Aldi, Lidl and Morrisons have all pledged to use paper sticks in their own brands by the end of 2017. Superdrug and Boots UK, the main pharmacies on the British high street, have also pledged to change to paper cotton buds and have both said they will keep a strong ‘Do not flush’ message. With these household names leading the way, let’s hope others will follow.

But even paper cotton buds should be disposed of responsibly with household waste, and the message is simple: bag and bin it, don’t flush it.

Let’s work together to keep our seas and beaches clean!

I presently work as a Research Officer for Fidra, a small environmental charity based in North Berwick, Scotland. I have a research background with qualifications in biological sciences, marine environmental protection and biogeography.