One of the privileges of working for Fauna & Flora International (FFI) is the opportunity to witness and report on the achievements of the brilliant women throughout the world who have dedicated their lives to helping this organisation and our in-country partners tackle the twin challenges of biodiversity loss and climate change.

Many of them are leaders in their field, sometimes literally; all of them live and breathe conservation, including Lucia Zanaro (pictured above), a female ranger working for South Sudan’s wildlife service. Ideally, we would pay tribute to each and every one of them – and not only on International Women’s Day – but in this instance we’re going to confine ourselves to a quartet of regional representatives who epitomise the quintessential qualities that are so pivotal to FFI’s success.

Let them speak for themselves, we hear you cry. Frankly, they are all too busy doing great work to blow their own trumpets, hence this he/him highlighting of their heroics. Fortunately, they did make time to answer a few questions… 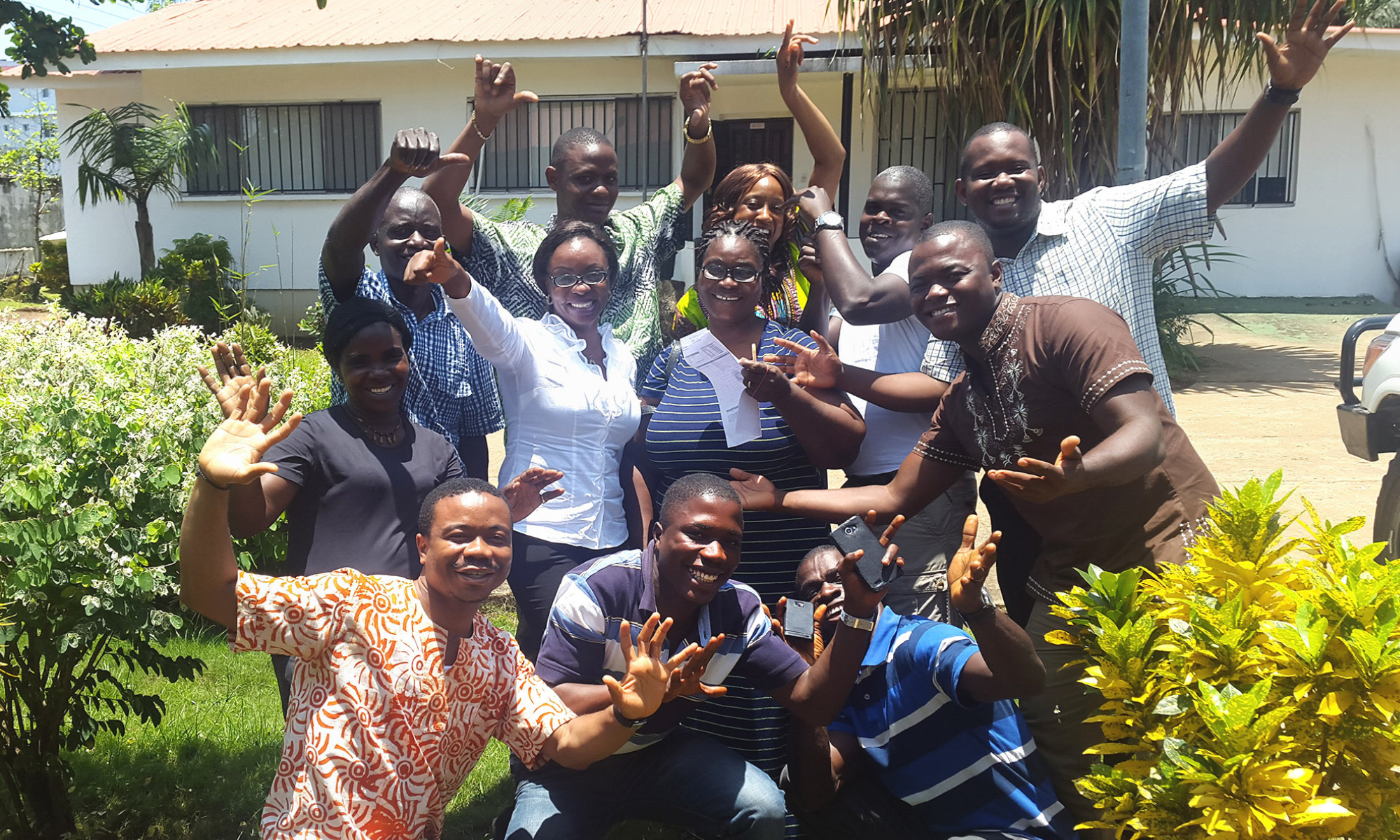 Born in Nigeria, Mary had originally envisaged a career in medicine, but was inspired by a memorable lecture on conservation during her degree course. Identifying strongly with FFI’s community-based approach to conservation, she applied for a Research and Education role based in Liberia shortly after completing her doctorate. The rest is history.

Did you have any female mentors?

Professor Georgina Mwansat (founding director of APLORI – the only field station dedicated to ornithological research in West Africa) has been a real inspiration. During a field ornithology course, I was struggling with astigmatism. She called me to her office and said: ‘Mary, if you can’t see the birds, hear them.’ I learned over 40 bird calls within a week.

What barriers have you encountered as a woman working in conservation?

The initial difficulty was that conservation was absent from university curricula. Once in the profession, the challenge was more about the way people looked at you: ‘As a woman, what are you doing in the bush?’ But, honestly, this merely fuelled my passion and motivated me to make a real impact.

What advice do you have for young women contemplating a conservation career?

I would advise them to pursue their passion and not let stereotypes stop them, especially young African women. Look out for a leading female role model. Also, don’t be discouraged by the dwindling state of Africa’s biodiversity. Conservation is a noble profession and one small change makes it all worthwhile.

Due to our capacity-building efforts we are seeing more Liberians, especially women, taking the lead in conservation. A female ranger won the Paradise Ranger Award in 2019, three women have bagged international master’s degrees in conservation biology and forest management, and an all-women group, Eco-Champions, is raising environmental awareness among local communities around Sapo National Park, Liberia’s largest protected area. That’s a big change from when I joined FFI a decade ago. 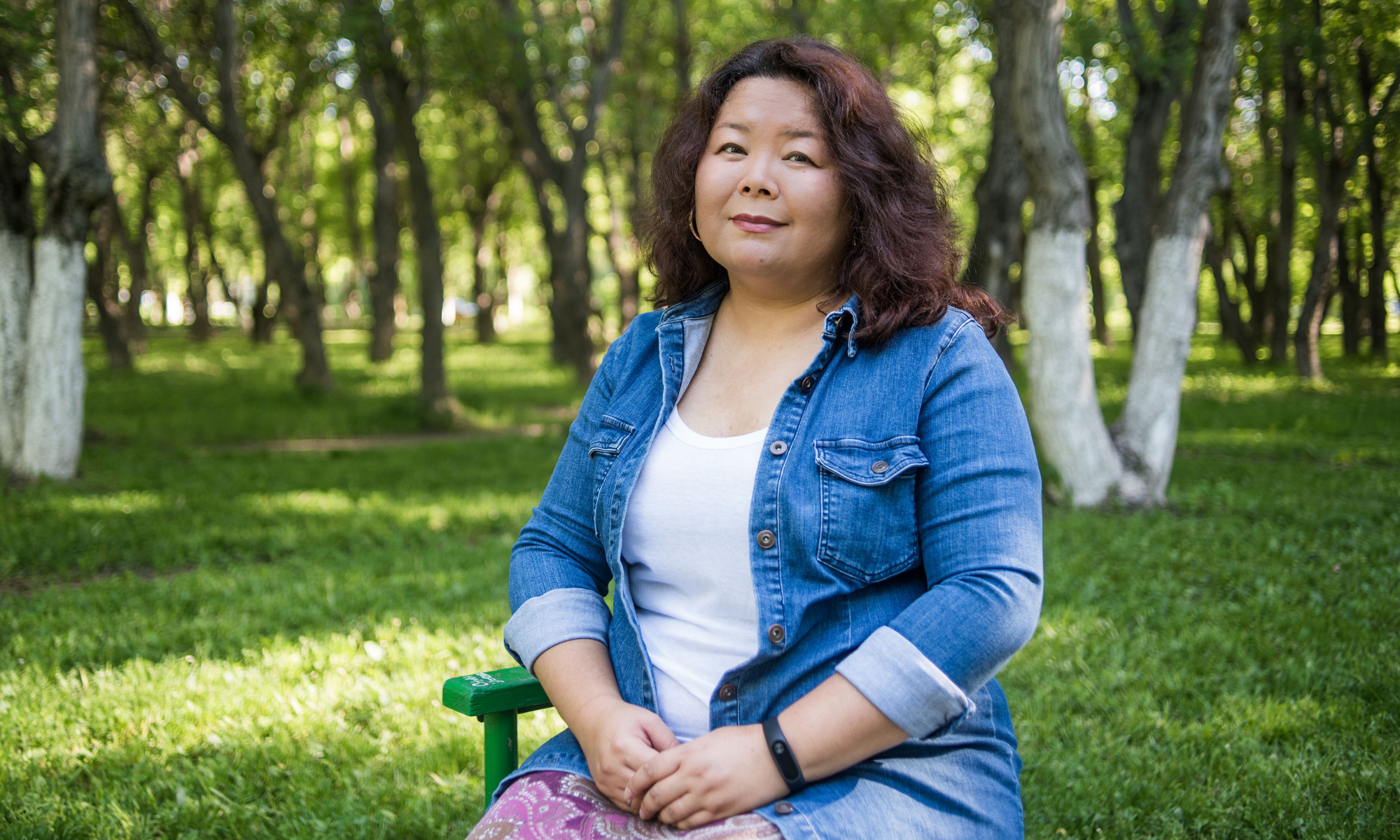 In her youth, Jarkyn’s interest in nature was sparked by the stories of Gerald Durrell and by Nicolai Drozdov, whom she describes as Russia’s version of Sir David Attenborough. She cut her conservation teeth with FFI coordinating a wide-ranging project – the first of its kind in Kyrgyzstan – to strengthen protection measures for Sarychat-Eertash State Nature Reserve, which is today renowned throughout the conservation world as the site of groundbreaking work on snow leopards and their prey. The management plan she helped develop was later used by the government as a template for strengthening other protected areas throughout the country.

What advice do you have for young women who want to work in conservation?

Don’t be afraid to do it. This is an extremely rewarding career. Nature protection in our country, as in many parts of the world, is seriously underfunded, so when you see all your support for local initiatives bearing fruit and contributing to biodiversity protection, you can feel nothing but a deep sense of satisfaction.

What are the most challenging aspects of your role?

The biggest challenge is to secure funding. We always have partners approaching us with interesting ideas, but it often takes a long time to find appropriate donors. When we do, it is really gratifying. One of the most exciting projects we are now working on – protecting high-altitude pastures and the wild tulips they harbour – took almost ten years to see the light of day. Perseverance and trust in what you think is important are key.

Helping to kick-start and facilitate the writing of Snow Leopard Strategy and Action Plans across Central Asia was certainly one of them. But above all I’m proud of our pioneering work with species that would otherwise have been overlooked, including saker falcons, steppe tortoises, marmots and, of course, those wild tulips. 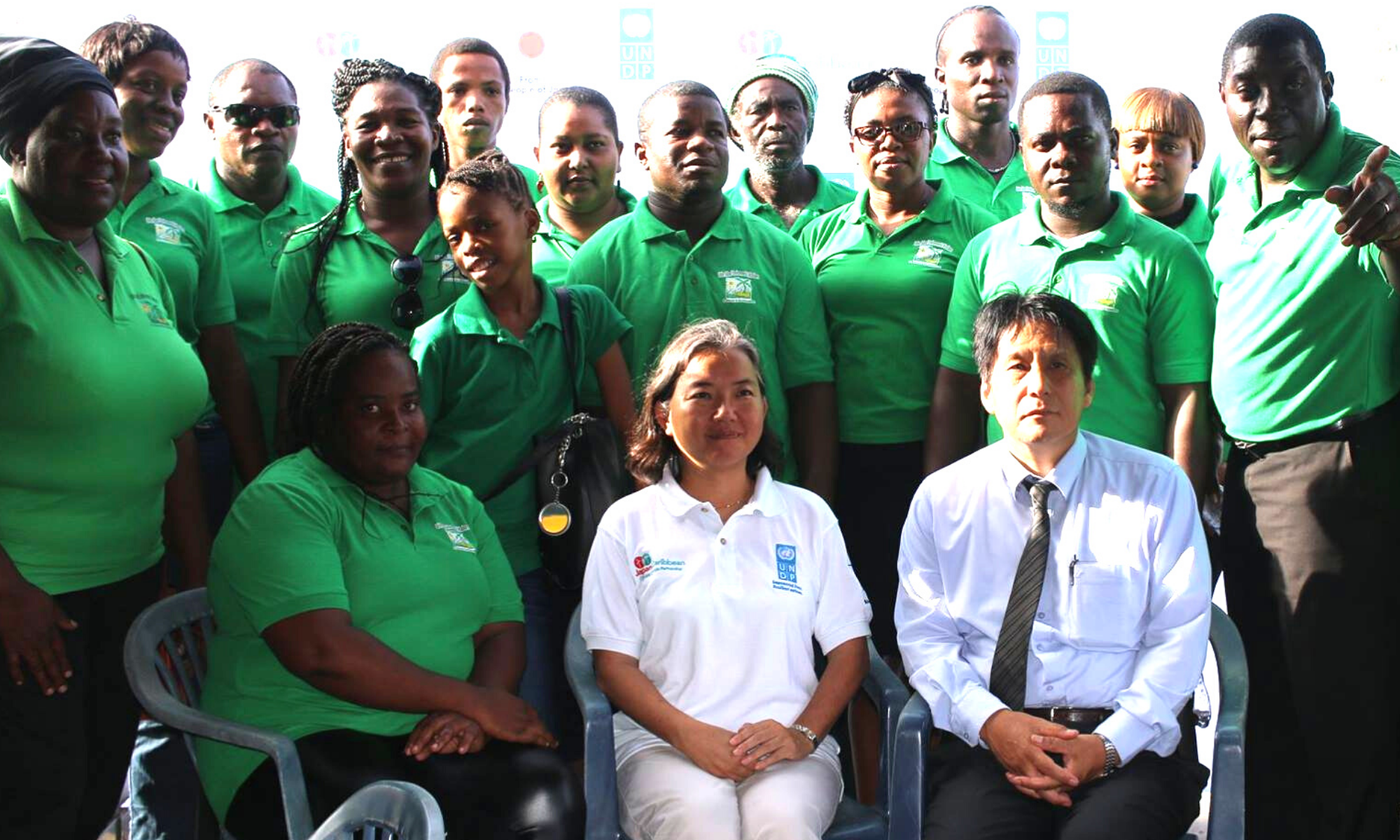 Born on St Vincent, Katrina moved as a young girl to Union Island, an island in the Grenadines that contains two Key Biodiversity Areas and a host of endangered species. A community activist, she has devoted a huge amount of her time and resources to helping people and the environment, both on Union and on neighbouring islands. She founded FFI’s in-country partner Union Island Environmental Attackers (UIEA) in 1999 while still a teenager. Under Katrina’s leadership, UIEA’s activities have included island clean-ups and anti-plastic campaigns, beach patrols to safeguard nesting hawksbill, green and leatherback turtles, the Adopt-a-Tree programme, a household rainwater collection and storage initiative, and round-the-clock protection of the critically endangered Union Island gecko.

How did UIEA come about?

I wanted to do something environmental because I didn’t like how people disposed of their garbage, but I had no education. I met an Australian guy on the island who told me: ‘you can be anything you want to be’. That gave me the idea to start talking to schools, homes and businesses to gather community momentum behind environmental protection and improvement.

What achievement are you most proud of?

We were very successful in helping our community during a major water crisis with a climate change adaptation initiative that doubled the water-storage capacity of Union Island. We then installed tanks on our sister islands, refurbished the wells on Union and began running workshops on the wise use of water. Also, our recent partnership with FFI and the forestry department has been instrumental in protecting Union Island’s unique and beautiful gecko and persuading people to cherish it.

What are the biggest challenges facing your islands’ biodiversity?

Our forests, grasslands, wetlands and coastal and marine ecosystems are under increasing threat from a variety of sources, from climate change to plastic pollution. We need to start having better conversations when it comes to decision making, changes in policy and implementing smart solutions going forward. We need to take care of what we have, start from the grass roots up instead of relying on a top-down approach, and work closely with those who are already getting the job done.

What’s the secret of your success?

We make things happen and do what we say we will do, so the people see results on the ground and not just talk. To me, being an environmentalist means being a true advocate for your community. 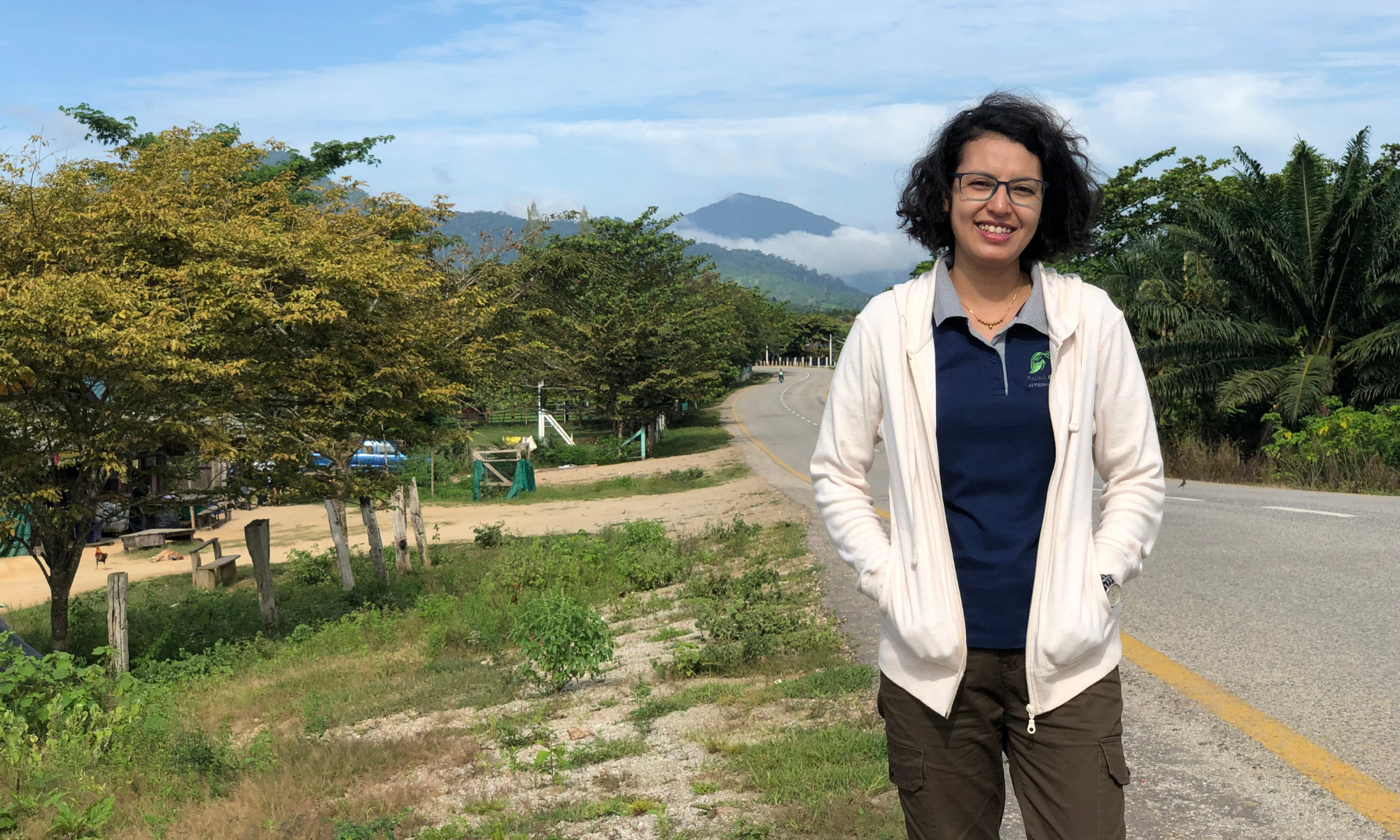 As a student, I had little knowledge, but while working on development issues in the central dry zone of Myanmar, I noticed that global warming and climate change were affecting the community. That’s when I realised that conservation plays a vital role in climate change mitigation.

What are the biggest challenges facing Myanmar’s biodiversity?
The biggest issues are overharvesting of wildlife, particularly for commercial trade, and weak law enforcement. We urgently need to protect our forests and wildlife, but the ‘fence and fine’ approach would not be effective in a developing country such as Myanmar. Thus, I mainly focus on community-based conservation, to encourage local participation in biodiversity conservation.

What achievement at FFI are you most proud of?
Our small grants programme has provided local people with family income and increased their environmental awareness, helped to create alternative livelihoods for local hunters, and helped to empower local communities, especially women.

Their names are legion

These women are just a few among many. If we had written about all of them, it would have taken us until International Women’s Day 2022. Here’s hoping that the countless colleagues and partner staff whom we’ve failed to mention by name will forgive us. Come to think of it, we’re probably fine. They’ll all be too busy doing crucial work at the conservation coal face to read this.

Looking after Our One Home

Women throughout the world are dedicating their lives to protecting our planet. We owe it to them to amplify their voices and support their call for greater investment in nature.