A falcon in free fall – Saving the saker in Kyrgyzstan

There are few sights in nature more impressive than a falcon in flight. The heart-stopping skydives of a hunting peregrine, for example, are an almost obligatory feature of any wildlife documentary about nature’s record-breakers. And the high-speed chase of a saker falcon – one of the largest falcons in the world – is equally breathtaking.

Unlike their more familiar cousin, saker falcons tend to favour horizontal pursuit of their prey rather than stooping on it from above. In level flight, they are actually capable of faster speeds than the peregrine. Swift and powerful, the species has been highly prized as a falconry bird for millennia – particularly in the Middle East.

Today, its continued popularity among falconers is taking a severe toll. Wild-caught saker falcons can command a six-figure price tag, and there is a lucrative illicit trade in these birds despite the fact that they are officially protected in many of the countries where they naturally occur. 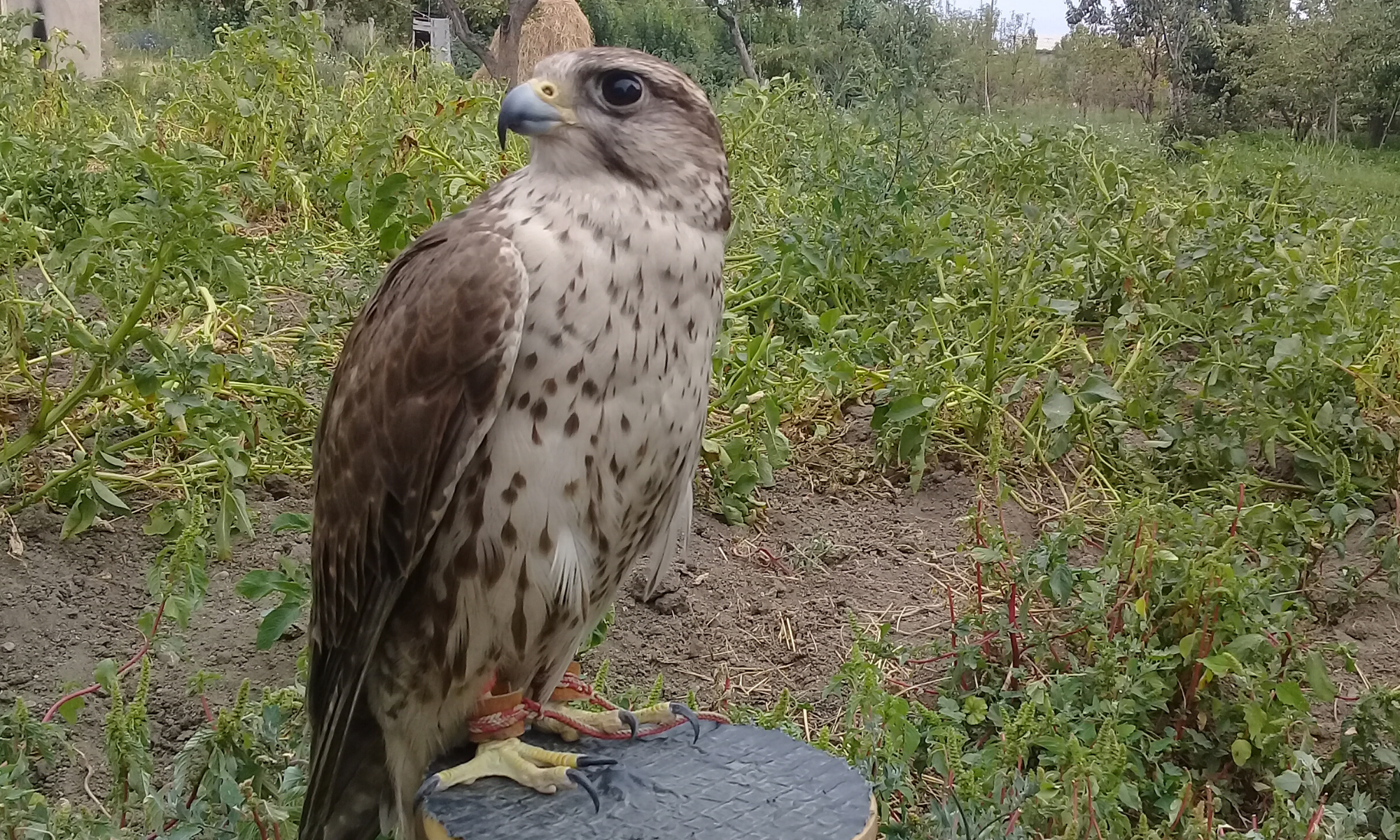 Sakers are among the species favoured by falconers in Kyrgyzstan. Credit: Bolot Tagaev

In recent decades, the species has suffered a rapid population decline, particularly on its Central Asian breeding grounds. Fewer than 30,000 of these spectacular raptors – and potentially less than half that number – are estimated to remain in the wild.

Until this year, the saker falcon population in Kyrgyzstan had not been formally assessed since the mid 1990s. With this in mind, Fauna & Flora International (FFI) and our in-country partners launched a one-year pilot project in January 2019 in order to assess the bird’s current status and, in particular, the impact of illegal trade on this endangered species.

With support from the Species Fund, survey guides and registration cards were developed, and  training on the identification and registration of saker falcons was provided for all those involved in the research, including rangers and protected area staff.

The training was delivered with the support and participation of Kyrgyzstan’s State Agency for Environmental Protection and Forestry, which also provided a specialist staff member whose brief was to compile a report specifically on the impact of illegal trade.

Research into potential saker falcon nesting sites was conducted in collaboration with the National Academy of Sciences of the Kyrgyz Republic. Three study sites were selected, based on historical breeding records in two areas and the perceived suitability of a third region. 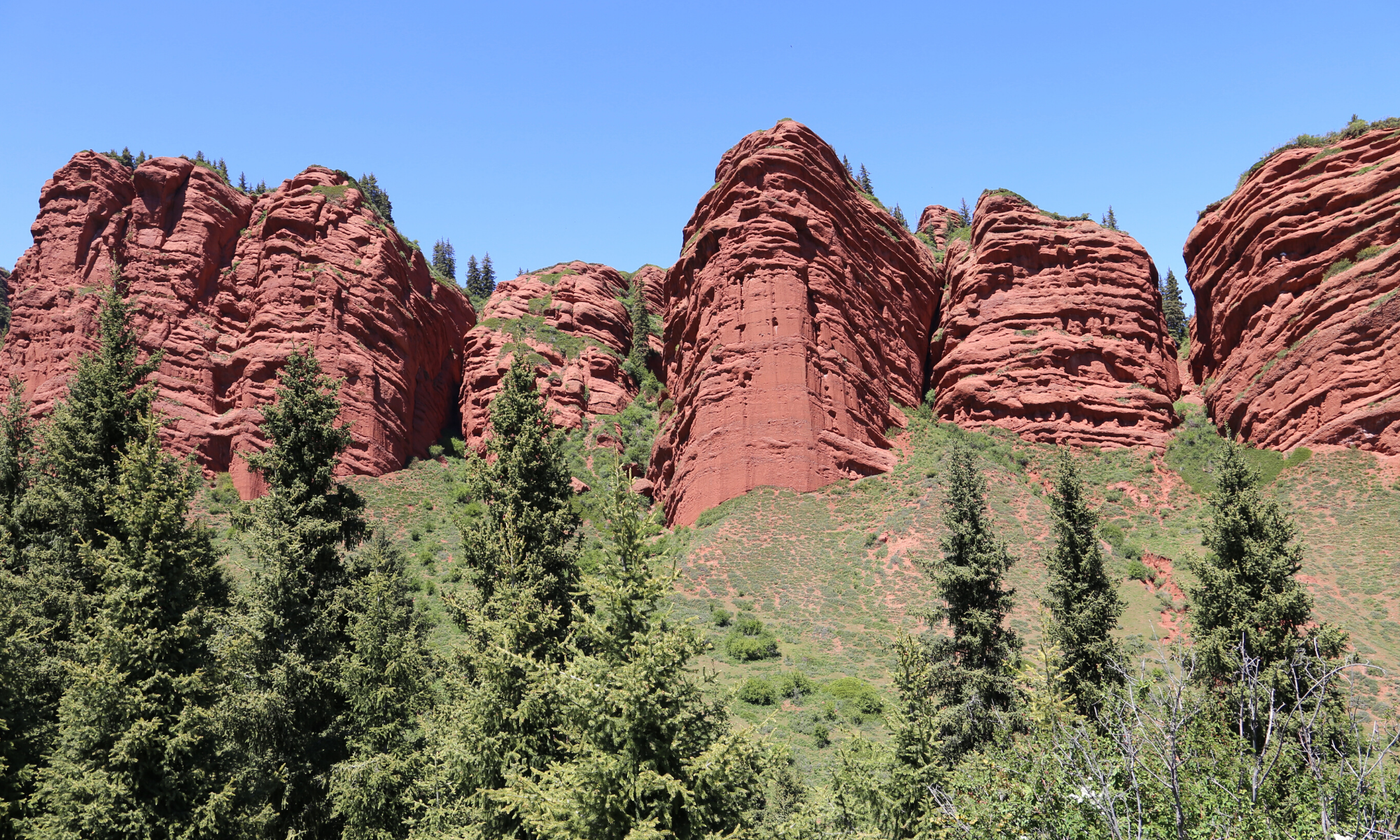 One of the last remaining saker breeding sites in Kyrgyzstan. Credit: Askar Davletbakov

Saker falcons were by no means the only birds of prey encountered during the survey activities. Three eagle species and five species of vulture – including the endangered Egyptian vulture – were also recorded, an indication of the wider importance of Kyrgyzstan for their conservation.

In total, just 11 saker falcon nest sites were recorded – all in the Issyk-Kul region – and a mere four pairs are known to have bred successfully this year. By any measure, that is a precarious foothold for the species in Kyrgyzstan. The numbers suggest that the population has plummeted more quickly than a stooping peregrine, and that time is running out to reverse this dramatic decline.

The pilot project culminated in a meeting earlier this month at which the report findings were presented and discussions were held with the relevant stakeholders about the most appropriate next steps required to safeguard the saker falcon population. Central to those discussions was the question of how best to combat transboundary illegal trade in this species and other affected wildlife. 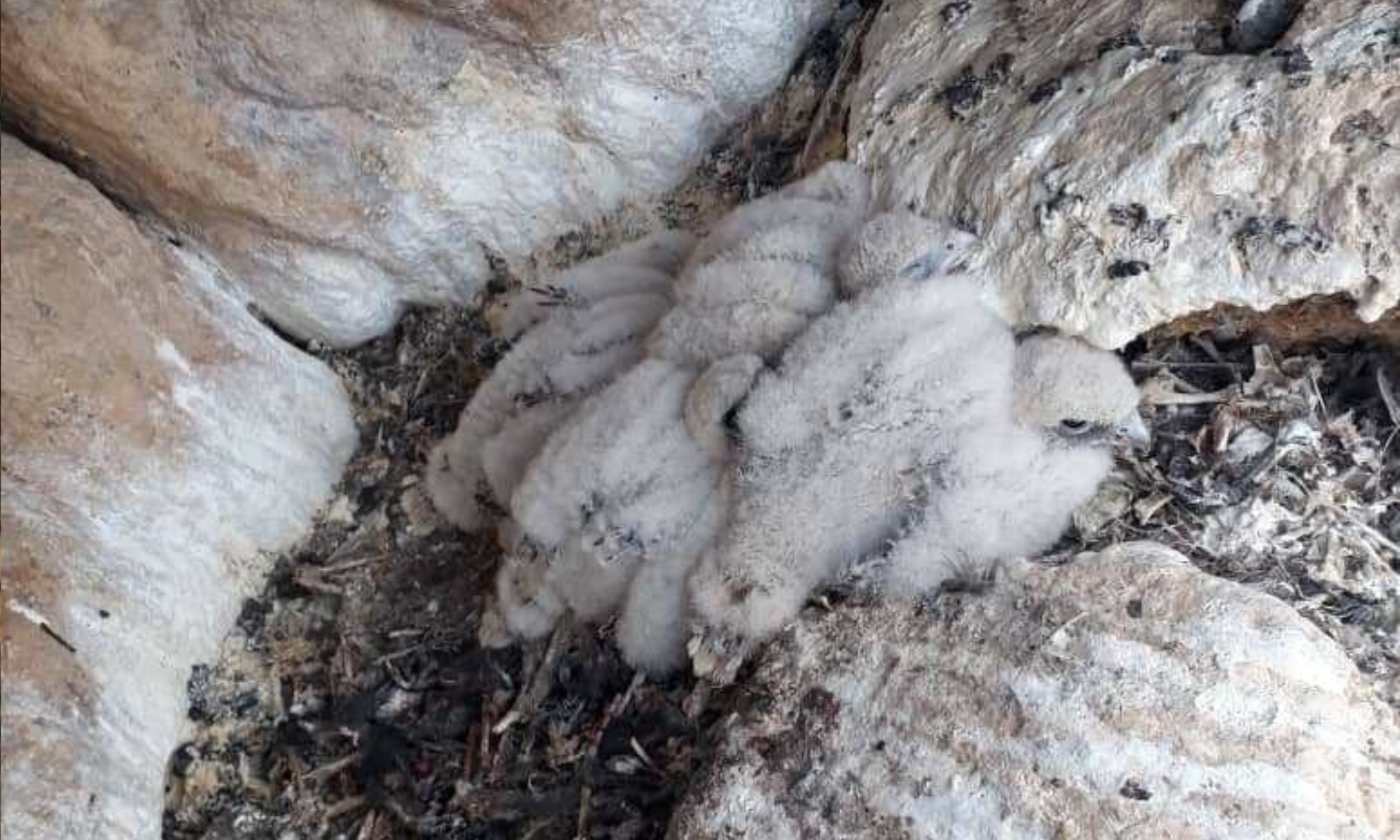 Dr Askar Davletbakov, Head of the Laboratory of Vertebrate Zoology at the Institute of Biology, who was among the experts from the National Academy of Sciences participating in the project, is in no doubt about its significance: “It allowed us to collect important information on the saker falcon population in the northern regions of Kyrgyzstan. Although the results of the surveys were disheartening, the project triggered the interest of stakeholders and brought us together at one table to discuss the issue and join our efforts for the conservation of this marvellous bird of prey.”

At that same meeting, the relevant government departments expressed an interest in FFI helping them to drive forward a process of national and regional collaboration, which will be vital in tackling what is arguably the most serious threat to the saker falcon’s survival. Since then, there have been encouraging signs that senior customs officials are embracing and championing the idea. This augurs well for the future prospects of one of Kyrgyzstan’s most iconic birds.

The saker falcon is in steep decline.
Please help us protect it from poachers.