Picture the scene: eager with anticipation, you take your seat for a screening of the long-awaited blockbuster sequel, Kong: Skull Island. Appropriately enough, you’ve paid a king’s ransom for the popcorn and Pepsi that accompanies your cinematic appointment with primate royalty.

The plot is familiar; deep within a remote, uncharted forest, a beleaguered primate fights for his life on a shrinking island of habitat, backed into a corner by unwelcome and hostile invaders.

You wait for what seems like an eternity for your first glimpse of this awesome beast. Finally, the camera zooms in on our hairy hero. There he is in all his glory. All eight kilos of him. Eight kilos? Hang on…there must be some mistake. This monster is only two feet tall. In heels. Is there a CGI malfunction? 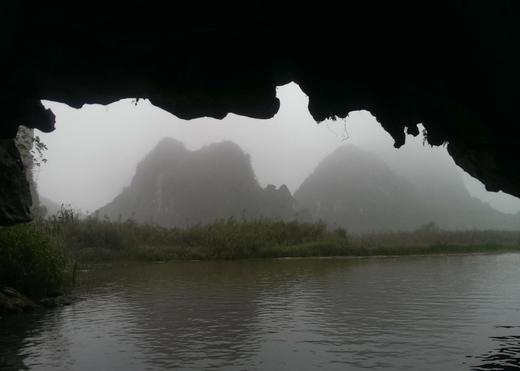 Deep within the lost kingdom of the primates. Credit: Josh Kempinski/FFI.

Monkeys in the mist

Do not adjust your 3D glasses. The pocket-sized Kong is no figment of your fevered imagination. This is no longer the stuff of fantasy. You’re watching one of the world’s most endangered primates in its native habitat.

It is common knowledge that Kong: Skull Island was filmed on location in Vietnam. What is less well known is that the two national parks where most of the filming took place are of the utmost global importance for primate conservation.

Phong Nha-Ke Bang is not only the site of the world’s largest cave, Song Doong, but also home to an incredible ten species of gibbon, monkey and loris. Van Long, which provides the natural canvas on which Kong’s titanic dinosaur clash unfolds, harbours more than half the global population of Delacour’s langur. Estimated to number around 200 individuals, the entire cast of this Critically Endangered monkey is confined to Van Long and a few neighbouring forest fragments. 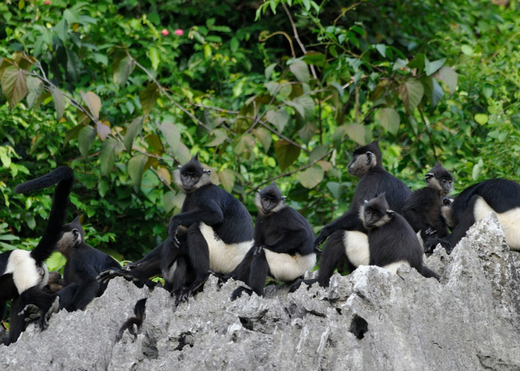 In 2016, an FFI-led survey of a forest close to the national park discovered a new population of 40 Delacour’s langurs, the second largest in the world. We are now working with local authorities to establish a new reserve – Kim Bang – in order to secure the future of this new group, one of only two viable populations left anywhere on the planet.

It’s a sobering thought that, while the world watches a skyscraper-sized silverback fighting for its life on the silver screen, an even more dramatic struggle is playing out behind the scenes in Vietnam’s real-life forests.

Severely threatened by hunting and habitat loss, Delacour’s langur is on the very brink of extinction. So how much longer will this langur linger? The answer is that unless we take concerted action, its survival chances will be as remote as Kong’s mythical island. Rather than sitting back and watching an avoidable tragedy unfold, FFI is fully engaged in trying to engineer a happy ending for this relatively diminutive but no less charismatic and valuable primate. 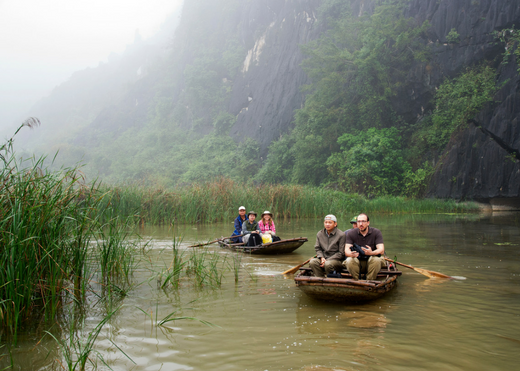 We are working with our local partners to halt the cement quarrying that poses a clear and present danger to the karst limestone habitat on which the species depends for survival, and encouraging the people who share its habitat to form community conservation patrol teams. Securing a future for Delacour’s langur is central to FFI’s wider commitment to primate conservation in Vietnam, a commitment reflected in the recent visit to the project site by key staff from our Cambridge head office.

So what’s next in the continuing saga of Delacour’s langur? Will it be Good Night, Vietnam, or a non-human primate version of The Great Escape? Tune in for the next exciting episode in this life or death struggle. Coming soon to a screen near you.