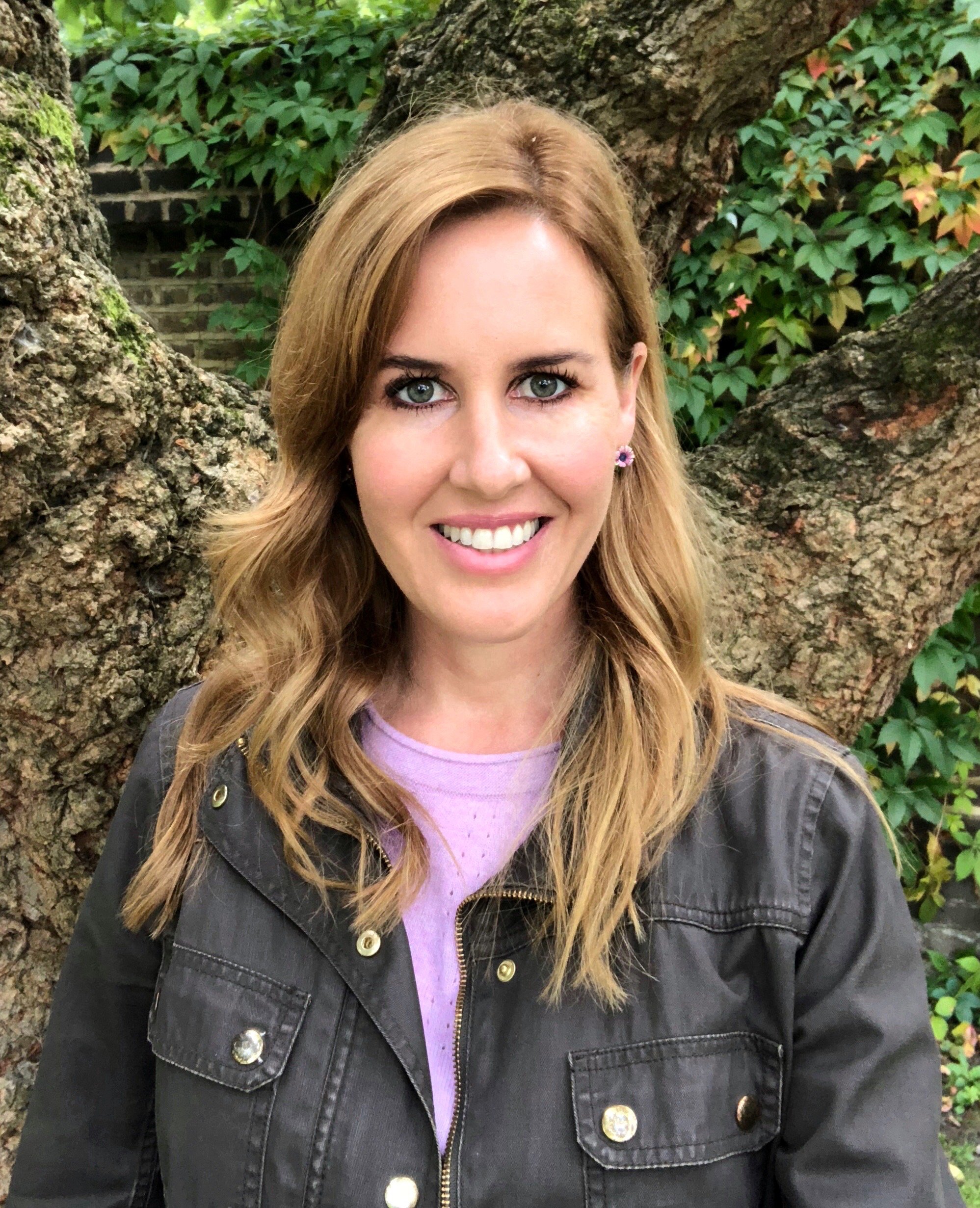 The road to Mozambique’s Chimanimani National Reserve is almost as dramatic as the mountains that suddenly appear on the horizon, which were shrouded in clouds the first time we saw them. I was travelling to the reserve with Fauna & Flora International’s Country Manager, Rob Harris, to join a two-week-long survey that brought a large group of scientists and conservation masters students together to evaluate the biodiversity of the Chimanimanis.

The Chimanimani Mountains— named for the Ndau word for gorge or gap—are a mountain massif rising out of the Central African plateau. They straddle the border of Mozambique and Zimbabwe and form a trans-frontier conservation area. Although more is known about the Zimbabwean side, 70% of the massif lies in Mozambique. Scientists have surveyed the plants living high in the mountains, but little is known about lowland flora, and hardly any documentation exists for the reserve’s fauna, which is why this rapid biodiversity assessment is critical. 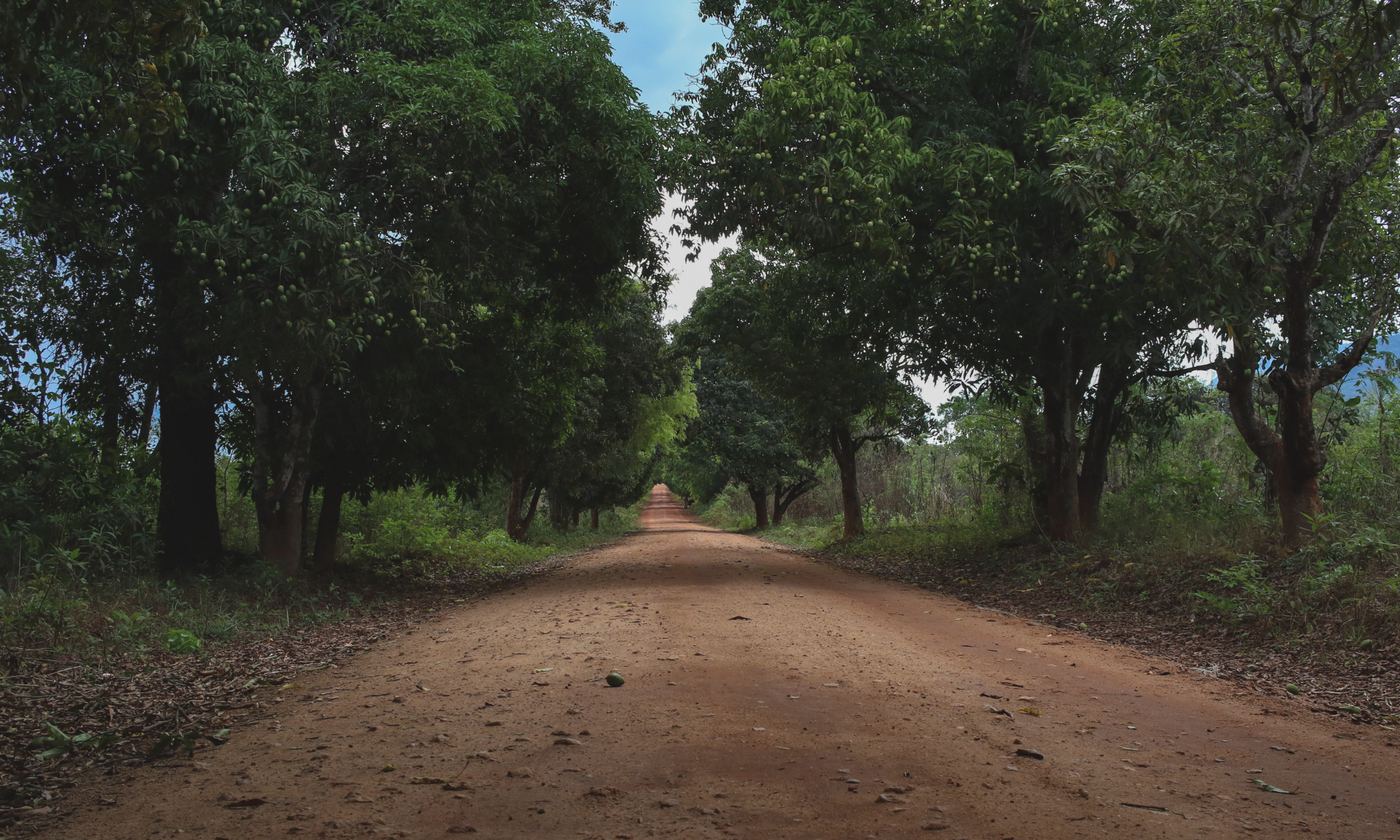 As the caravan of vehicles approached the reserve, storm clouds hovering over the mountains hinted at the weather that lay ahead, and by the time we reached the first camp site at Nhahomba, the rain fell so hard, we decided to wait several hours before setting up camp.

That evening, as the rain cleared, one of the group’s entomologists erected a large canvas in the woodlands near camp. Behind it were bright generator-powered lights that drew insects directly towards the canvas, allowing the entomologist to collect species of interest. Dozens of insects arrived; then hundreds and thousands. The once-light canvas morphed into a dark, ever-moving cloud— a scene that would haunt the dreams of the insectophobic. 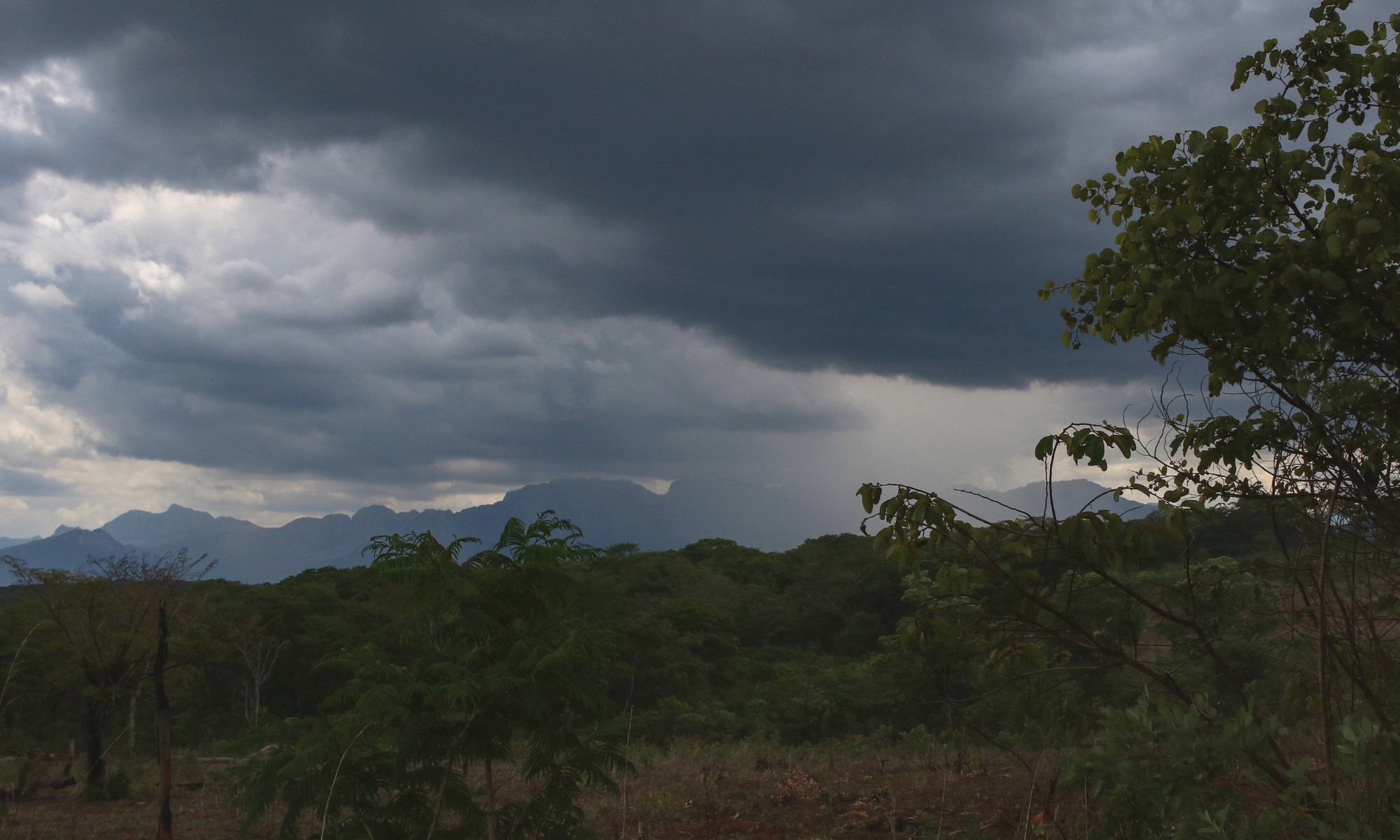 Storm clouds encircled the mountains on day one of the survey. Credit: Millie Kerr/FFI

The following day, on a sweltering 13km walk through the reserve’s lowlands, Rob and I missed the cool air ushered in by the previous day’s rain. We had decided to spend our first morning with the birders. Led by two American avian biologists, the bird group spent every morning and afternoon counting as many species as possible. They primarily recorded birds based on sight and sound but later did some netting, too. As the sun lifted into the sky, birds began to chatter, causing one of the biologists to remark, “It’s always like this. There’s nothing happening, and then it turns into a bird party.” Pointing at several trees, he continued, “There are probably 25 species in these trees. They come together to forage for safety reasons.”

During those early mornings, we rarely got a good look at birds in our vicinity, but I loved hearing new birdsong and was in awe of the biologists’ ability to recognise (and mimic) dozens of calls—especially since the two are based in the United States and not Africa. 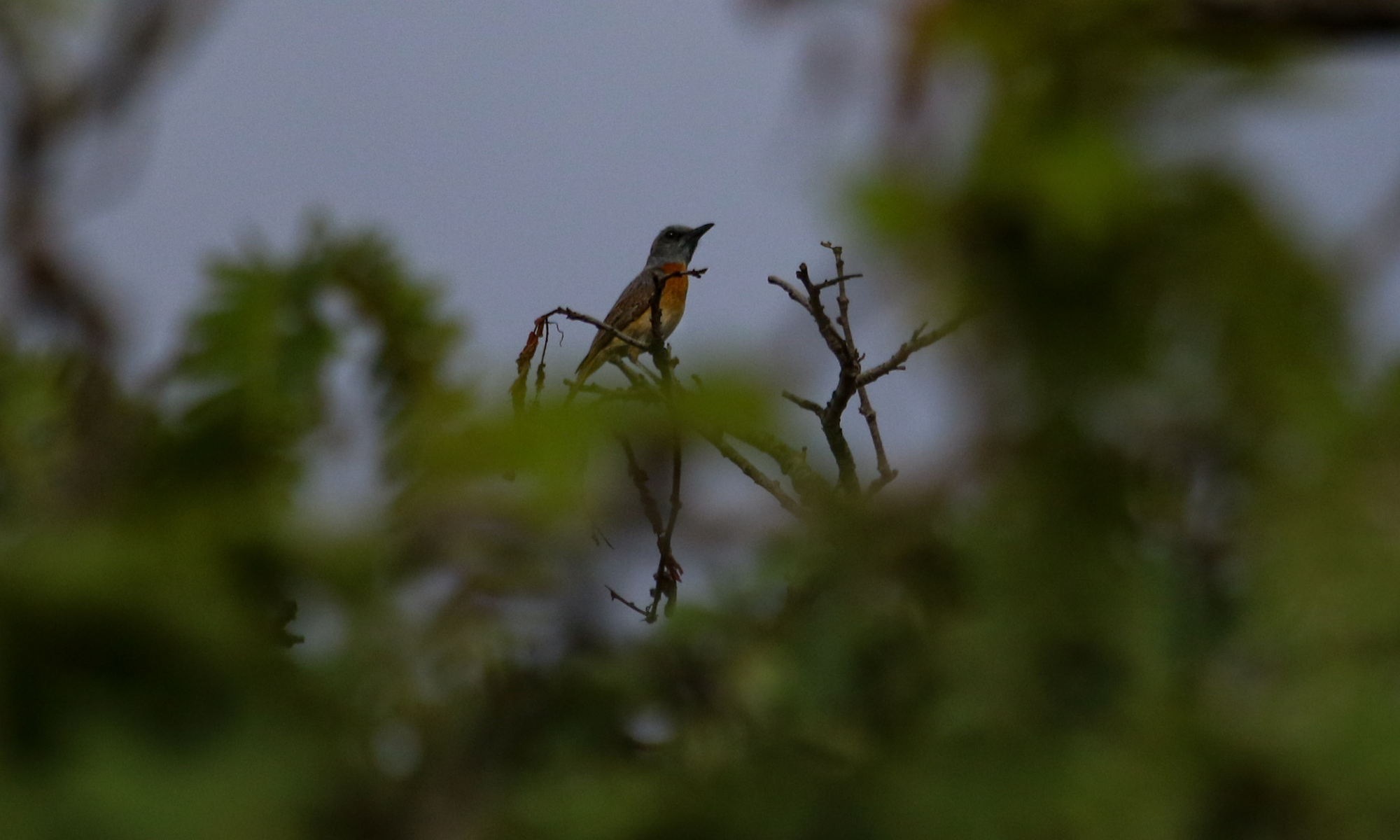 Birders travelling to this part of Mozambique would be keen to see the Miombo rock thrush. Credit: Millie Kerr/FFI

That afternoon, Rob and I ventured out with botanist Bart Wursten, who joked that he wouldn’t clock 13km during the entire two weeks in the field. Wursten has completed surveys in Chimanimani before but only in the mountains, where plant endemism is exceptionally high. Of those plants recorded at 1200m or above, 7.4% are endemic. In fact, with the exception of the Cape Region, Chimanimani’s plant endemism is likely higher than anywhere in southern Africa.

Although he would love to return to the mountains, Wursten enjoyed getting to know the miombo woodlands and, later, lowland forests. Because it was the start of the rainy season, few plants had begun flowering, which made it hard for Bart to identify some of them. Still, he has encyclopaedic knowledge of botany and was able to identify hundreds of plants on the spot. 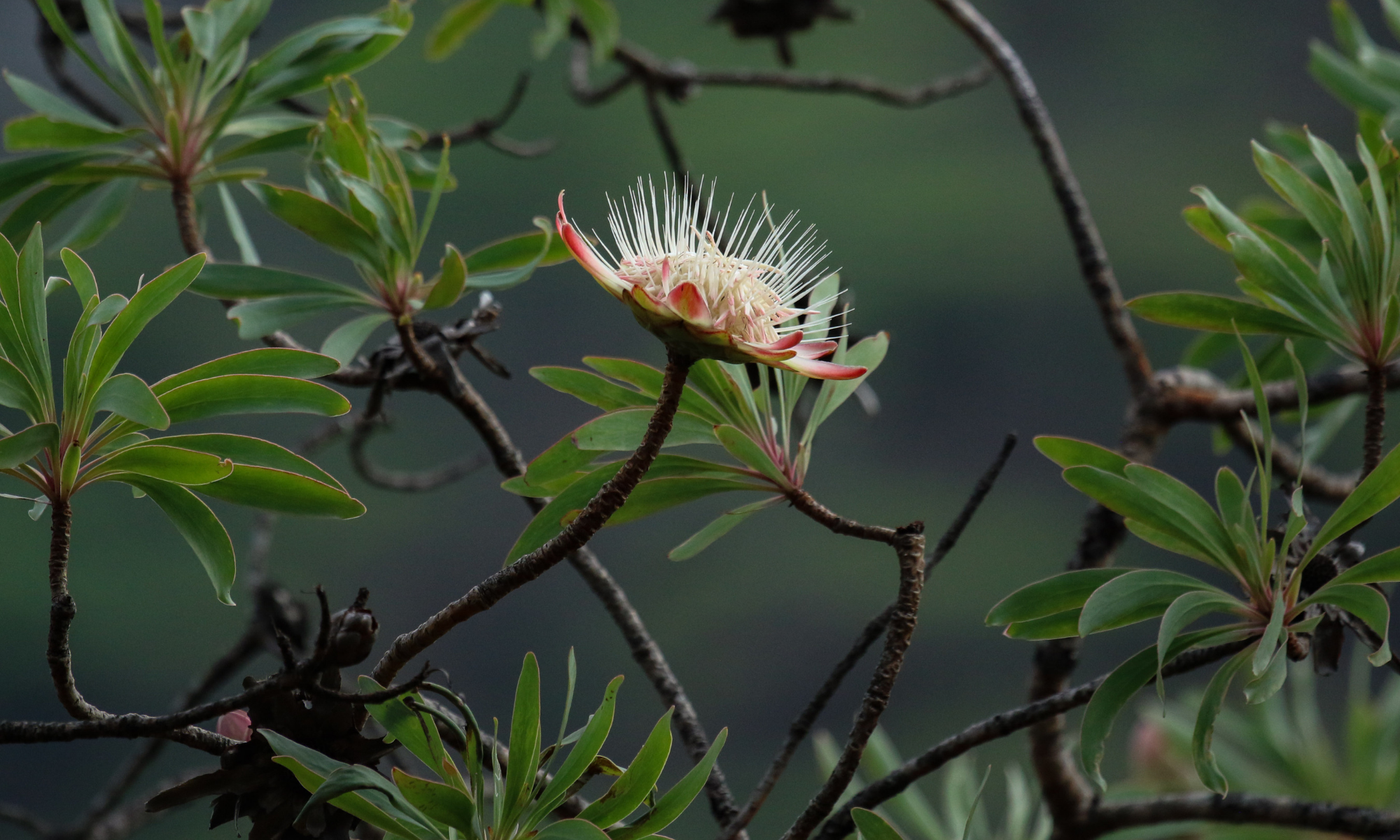 We got to see the mountains several days later when we spent a day looking for animals residing at higher elevation. There were unbelievably beautiful lizards, curious-looking flowers, and raptors flying high above, but the best part of the day involved water. After stumbling across jagged rocks, we arrived at waterfalls known as the “Cascata de Mouha.” While several students searched the pool’s shallow edges for tadpoles, I sat at the edge, soaking up the unspoiled vista. 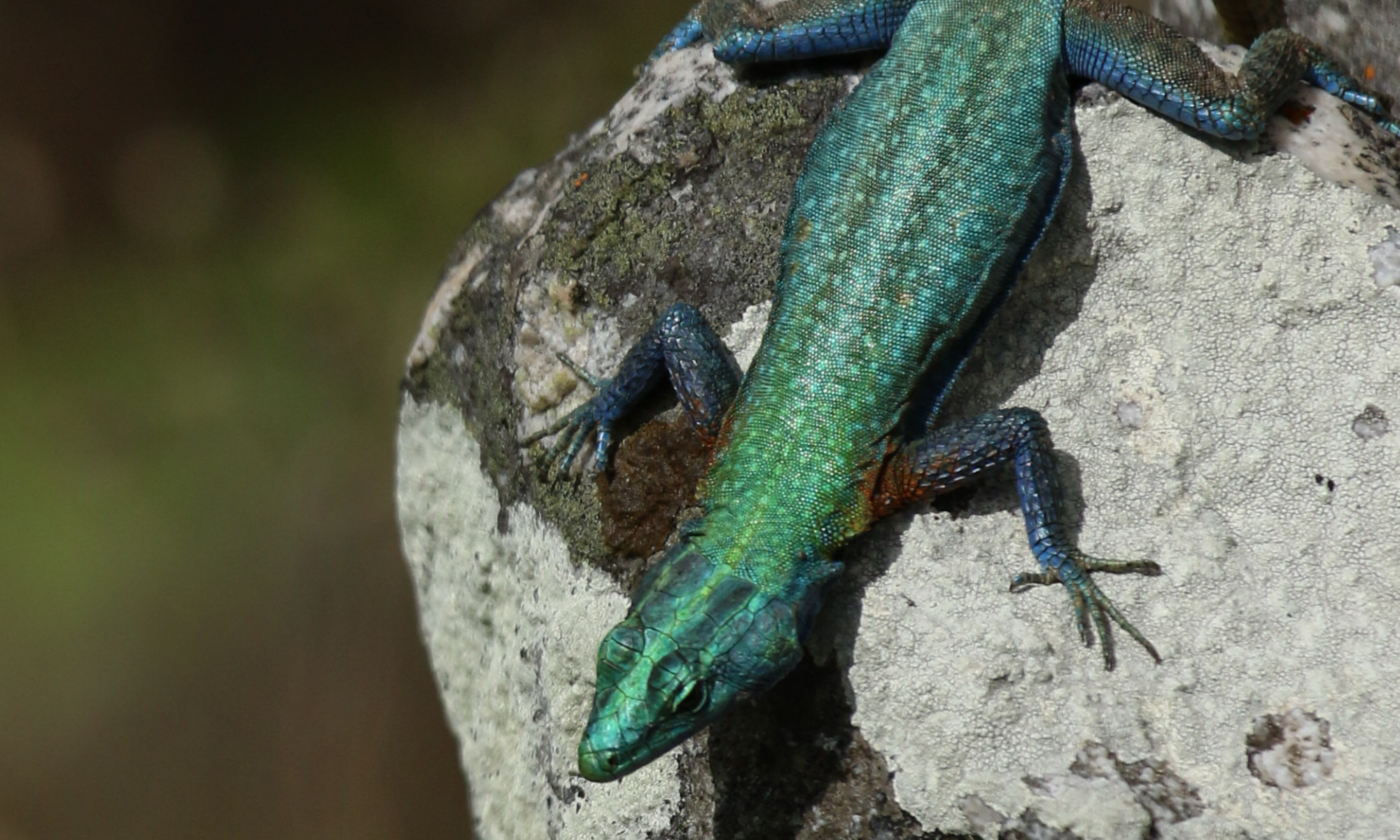 Before driving back to camp, the group made one final stop. Our legs ached from hours of hiking, but we couldn’t leave the area without visiting its famous cave paintings, which are at least several centuries old, with work needed to date them officially. Unsurprisingly, many of the pictures depicted animals, which was fitting given the nature of our visit to the region. 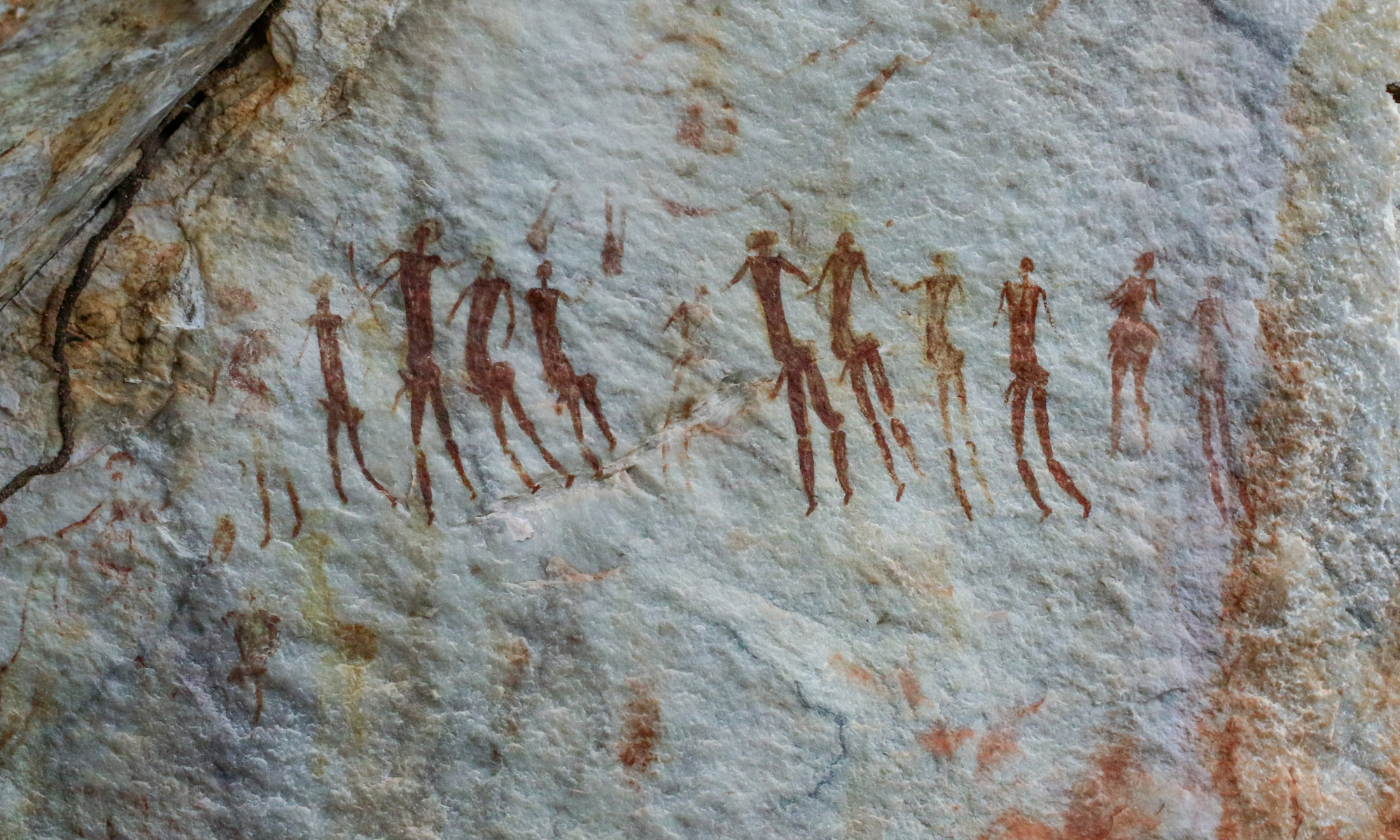 Read part 2 ‘Out of the Woods, Into the Forest’ here.