In the run-up to the forthcoming illegal wildlife trade conference in London, Fauna & Flora international (FFI) has made a point of shining the spotlight on some of the neglected casualties of wildlife crime, from lizards and lansan trees to seahorses and sturgeon. But this passion for pangolins and other less well-publicised victims of large-scale poaching and trafficking doesn’t preclude us from protecting some of the most iconic species on the planet.

Elephant conservation – in Asia as well as Africa – has featured prominently throughout FFI’s long history. In addition to securing the landscapes and corridors of habitat that these massive mammals require, and defusing the conflict between people and elephants that may arise when their worlds collide, we are also addressing the issue of ivory poaching and its devastating impact on elephants.

The ivory trade isn’t a recent phenomenon – witness the naming of Côte d’Ivoire by French merchant explorers as long ago as the 15th century. Not long after FFI was first established in 1903, its founding fathers were already pressing the colonial authorities for an increase in the minimum permissible weight of any tusk intended for sale, saying it would be ‘a disgrace to our age to allow such a fine and noble animal as the African elephant to perish’.

Those words are equally applicable today. The difference is that we’re rapidly running out of elephants to protect. The poaching epidemic – fuelled by rocketing demand for ivory from an affluent and rapidly expanding group of consumers in countries such as China – continues to take a heavy toll. A wave of assaults by heavily armed poachers linked to increasingly sophisticated trafficking networks is posing an unprecedented threat to the future of the world’s largest land animal. 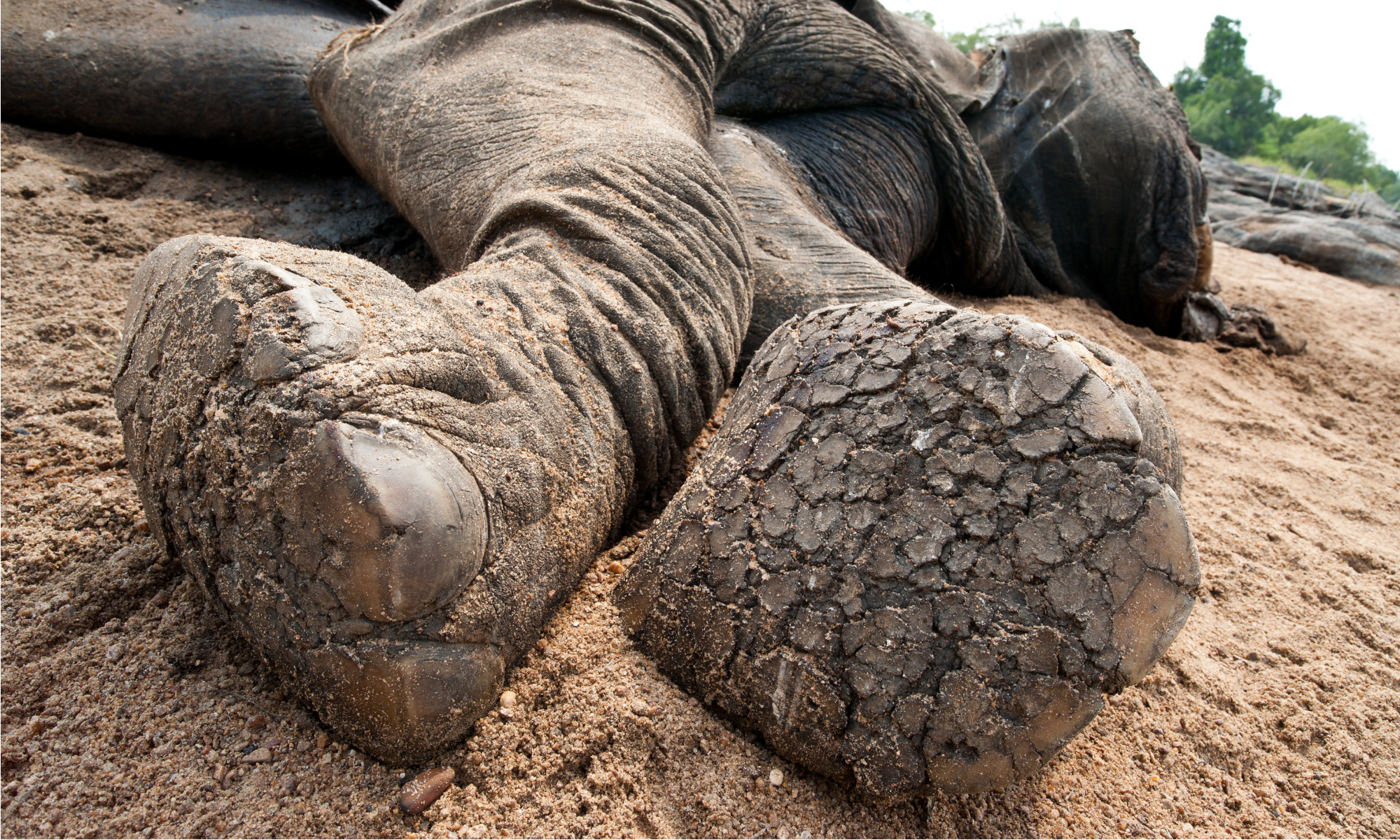 Demand for ivory is by no means the only threat to the African elephant’s survival; habitat loss, hunting for bushmeat and revenge killing in retaliation for crop raiding all contribute significantly to the downward trend. But ivory poaching is without doubt the main driver of the current crisis.

The senseless slaughter of a magnificent tusker for its super-sized incisors is all the more sickening once you gain an insight into the beast behind the ivory. Elephants have the largest brain of any terrestrial mammal, a memory impressive enough to have inspired a proverb, and a complex matriarchal social structure that creates powerful family bonds – they even appear to mourn their dead.

Their awesome physical attributes include a multi-purpose trunk with over 40,000 muscles. This built-in toolkit is capable of plucking a berry from a bush or uprooting a tree. It’s a water detector, power shower, snorkel, drinking straw, extendable arm, trumpet, early-warning system, hand of friendship and defensive weapon all rolled into one. 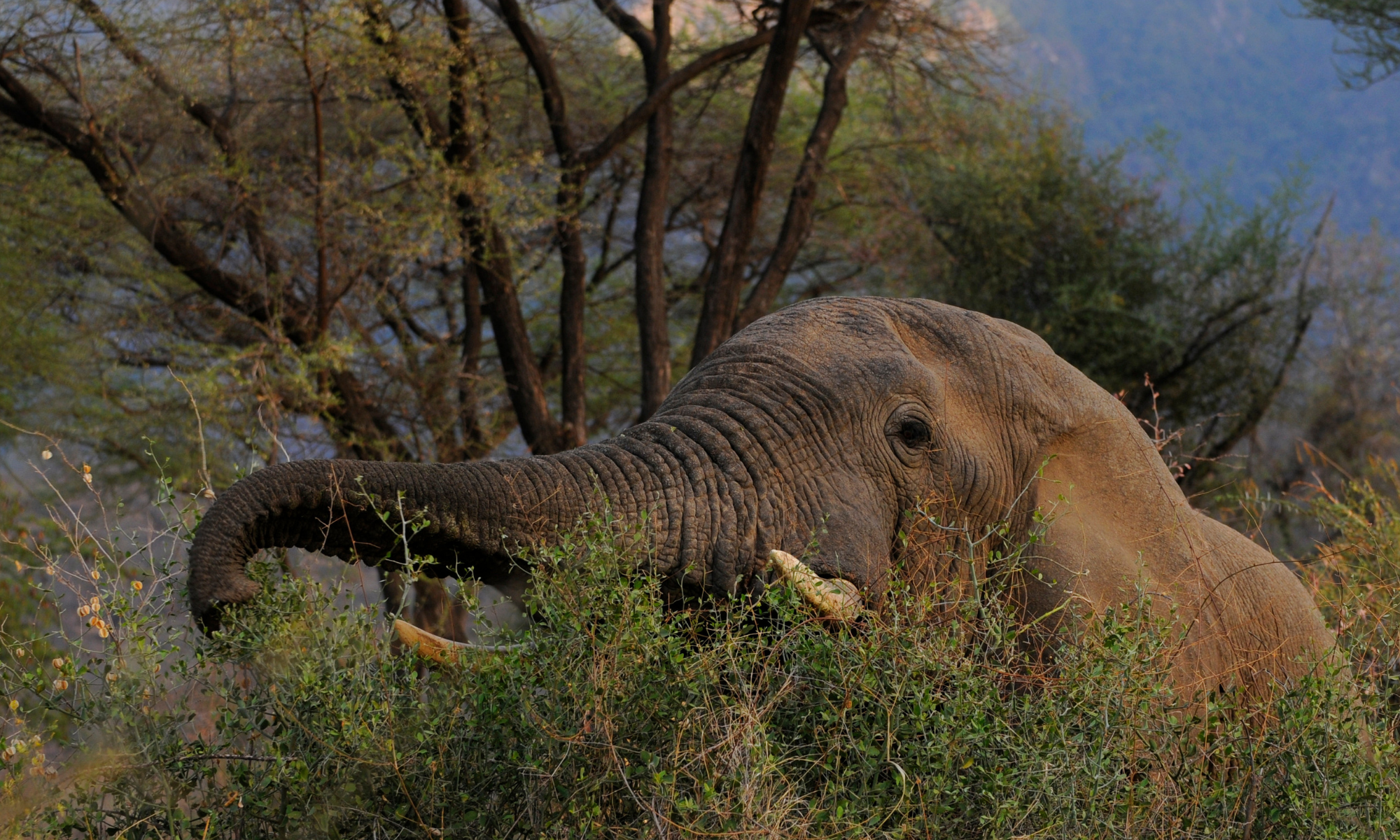 The versatile trunk of an elephant – used here for browsing – fulfils many other purposes beyond collecting food. Credit: Juan Pablo Moreiras/FFI

Saving African elephants – and their Asian counterparts – is not just a moral imperative. The ecological and economic arguments for protecting them are equally persuasive. As a keystone species, they play a unique role in shaping their ecosystem by, for example, maintaining grassland habitat, creating waterholes and dispersing seeds. They are a massive (in both senses) tourist attraction, generating vital revenue for governments and communities.

Combating the ivory trade on both sides of the globe

The vast Niassa National Reserve – one of Africa’s last great wilderness areas – harbours 40% of Mozambique’s entire elephant population. By virtue of its immense size, the reserve is difficult to protect; patrolling an area the size of Denmark isn’t a realistic option. The growing demand for elephant ivory and consequent explosion in poaching activity in Niassa exacerbated that problem.

In 2012, FFI took the strategic decision to secure a key area of the reserve – at the coalface of the poaching threat – by establishing Chuilexi Conservancy as a safe haven for Mozambique’s beleaguered elephants and other wildlife at the heart of Niassa. An ambitious programme of anti-poaching measures – including year-round, conservancy-wide patrols by better-equipped rangers – is helping to alleviate the unprecedented poaching pressure. Crucially, the conservancy is also demonstrably benefiting the local communities on whom long-term success in ending wildlife crime will ultimately depend.

In 2017, funding from the UK government’s Department for Environment, Food & Rural Affairs (Defra) provided a welcome boost to Cambodia’s first conservation genetics laboratory, which FFI helped to create. The new grant will support DNA analysis – coordinated by our partner Royal Zoological Society of Scotland – to identify the origin of seized elephant ivory, helping us to stay ahead of the curve and disrupt ivory trade networks in a country that has been identified by CITES as a potential hub for illicit trafficking of ivory following China’s near-total ban on the trade.

The impact of the decision taken this week at the 70th meeting of the CITES Standing Committee to release six countries, including China, from the National Ivory Action Plan process remains to be seen. In the meantime, all eyes will be on the London conference.

Let’s hope that any declarations of intent include proposals to safeguard Asian elephants, which are much closer to the brink than their African counterparts. In line with our policy of championing species that might otherwise drop off the radar, FFI has taken great pains to put these neglected cousins on the conservation map, not least when we established the Asian Elephant Conservation Programme in the mid 1990s. But that’s another story.

Please donate and help save elephants. These marvellous beasts are in desperate need, and we risk losing them forever.