Diving into Aceh’s ocean of knowledge

Aceh has always been a melting pot of cultures and ideas, given its strategic maritime position at the entrance of the Malacca straits. Located at the tip of Sumatra, the very port of Banda Aceh itself sits where the sea lanes from the Malaysian peninsula, Singapore, Indonesian Spice Islands, India and Arabia all converge.

Queen Elizabeth I recognised its strategic maritime importance for the European spice trade and naval power, when, in 1602, she dispatched her first emissaries to the Aceh Sultanate laden with extravagant gifts and a gold embossed letter asking permission for favourable trading privileges.

Some 410 years later, I cannot help but reflect that as one of the British Government’s modern day ‘emissaries’ (or more precisely the British Embassy’s Warden for Aceh, as well as FFI’s Aceh Programme Manager) I also sent a letter (albeit a less extravagant one) to the Government of Aceh with an idea that would also bring together our two islands in a common maritime pursuit – based not on commerce, but conservation. 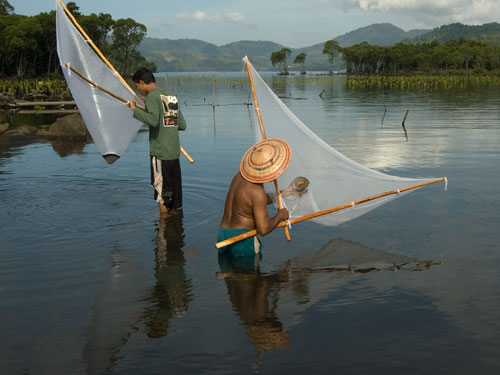 When I first joined FFI’s Aceh programme over four years ago, what immediately struck me was the exciting and innovative marine conservation work being conducted – but also that this important work was not being adequately documented, informing strategy development or being shared with the wider conservation community.

One of my core beliefs is that the design, implementation and evaluation of any conservation project should be firmly based on scientific principles. So, my motivation for bringing together this special issue of Oryx was threefold: i) to increase awareness of the excellent coastal and marine projects in Aceh; ii) to build the capacity of local scientists to publish in peer-reviewed scientific literature; and, iii) to enable Aceh to become a flagship conservation programme guided by high quality research. 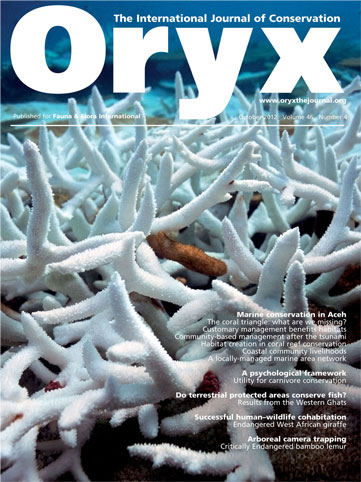 The first aim was easy to achieve given the overwhelmingly positive response by all of the national and international collaborators I contacted.

The second aim required a little more effort, but for this I relied on one of Aceh’s most noted institutions for literary and political thought – Solong Coffee House – which incidentally or perhaps serendipitously is less than a 5 minute walk from where I live.

The third aim forms part of a longer-term plan, but requires the first two to be in place. Finally, I chose the journal Oryx because it is a strong advocate for building capacity of local scientists and publishing practical studies. 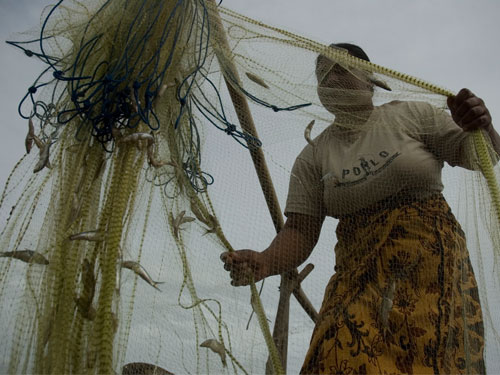 To support FFI’s local co-authors, I first translated the Oryx guidelines into Indonesian and then provided an explanation of how to structure a manuscript. Shortly afterwards, the drafts began arriving on my desk and over the next six months I established an early morning pre-office ritual that involved sitting at the same table in Solong and, there amongst the regulars (which at 6am were those returning from praying at the local mosque), I consumed a invigorating amount of the famous robust and smoky Acehnese coffee while editing manuscripts.

It was heartening to witness the inspiring conservation stories emerging from local perspectives. The result is six high quality scientific papers that celebrate Aceh’s unique marine heritage and the personal pride amongst the Aceh authors. One author, from Aceh’s leading university, described this as a career highlight.

The final papers range from the first comprehensive study of Aceh’s unique and globally important coral species diversity, to the to the empowerment of women’s groups in a coastal conservation project, to the ability of the customary Panglima Laot institution to reduce accidental coral damage by fishing nets.

Indeed, a pervading theme of this Oryx issue is the important role played by the Panglima Laot (both the name of the institution and its head), which was created over 400 years ago by another Acehnese Sultan (Iskandar Muda, who reigned from 1607-1637). 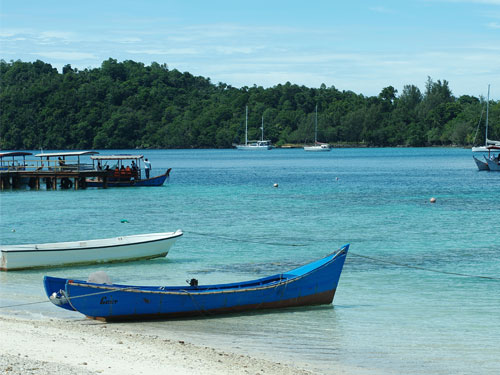 Celebrating Aceh’s Commander of the Sea

Aceh’s rich maritime history and its role in protecting natural resources, was devastated by the Indian Ocean tsunami that claimed the lives of approximately 14,000 fishermen, including 59 of the 193 Panglima Laot (which translates as ‘Commander of the Sea’). This tragic loss of life was also accompanied by a substantial loss of local knowledge, such as the locations of hazardous fishing grounds, amongst many many others.

So, it is rewarding that this Oryx issue also documents and codifies the recovery of this knowledge for prosperity – and by using modern technology, for example, GPS units and GIS mapping.

Two months ago I was privileged to witness the Panglima Laot of Iboih, one of FFI’s key partners, winning the President of Indonesia’s annual ‘Environmental Pioneering Award’ for his 35 years of loyal service to conservation, which included creating a Locally Managed Marine Area based on customary rules and regulations and then stopping illegal fishing there. The ceremony was particularly gratifying as the Panglima Laot was not only being nationally recognised for his personal good work but also as a symbol of what his predecessors stood for. 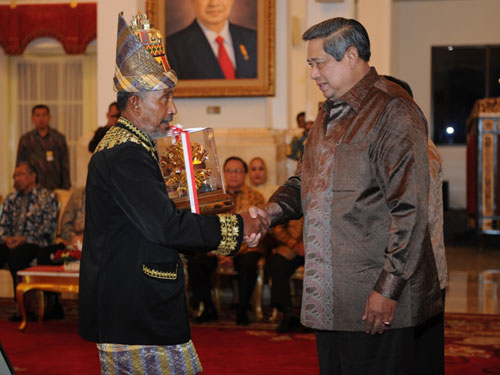 The Panglima Laot of Iboih is presented with the President of Indonesia’s Environmental Pioneering Award. Credit: Benu Azam/FFI

This offers an inspiring example for us all and provides a salutary reminder that even the best science-driven approach cannot ‘turn the tide’ against environmental threats without local champions and their unique and often enigmatic ways of successfully solving seemly complex conservation challenges.

To read the latest issue of Oryx please click here

Matt would like to personally thank the following authors and their institutions for their tireless work in writing/rewriting the Oryx articles and, more importantly, safeguarding Aceh’s marine environment.