Displacement behaviour not in evidence in Aceh

I recently spent some days in Aceh, Indonesia, at the annual meeting of the Asia Pacific Chapter of the Association of Tropical Biology and Conservation (ATBC). This meeting was co-hosted and sponsored by Fauna & Flora International (FFI) and brought together over 200 students, scientists and conservationists (these terms are not mutually exclusive) from within the region and beyond to show off what they have been doing, thinking and discovering about how to effect conservation. In some ways it paralleled the Cambridge Student Conference on Conservation Science which was sadly on at the same time.

In Aceh, some of the participants were young and enjoying their first visits outside their home countries, while others were, well, not young and had spent much of their lives going to such meetings. My role for the FFI Aceh Programme was to give a plenary address as part of the opening ceremony.

I see these occasions as more personal than a normal presentation and I don’t like to use PowerPoint – rather it is akin to an after-dinner speech. My presentation touched on a number of topics, but one of the key themes was my appeal to the audience to ensure that their work was actually going to make a conservation difference rather than merely being a form of ‘displacement behaviour’.

This is the sort of behaviour we see when a cat tries to sneak up on a little bird but the bird flies away just before the cat pounces – and the cat sits down and washes. It’s the same behaviour that beta-rank monkeys exhibit when they approach the muscular, superior-looking alpha-rank male in the hope of ousting him; but they give up at the last moment, sit down and scratch their bottoms. The cat washing and the monkey scratching its bottom look as though this was all they ever intended to do. 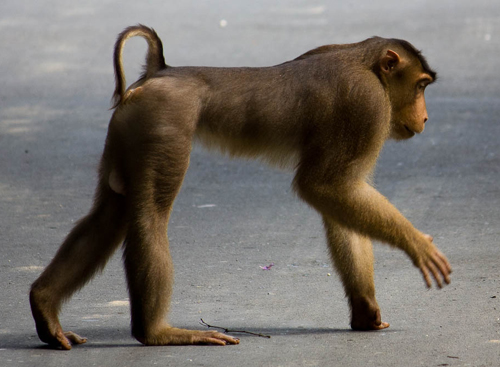 I wrote a paper with some friends some years back in which we suggested that some people in the world of conservation biology might be guilty of academic displacement behaviour. They wanted to assail the loggers and poor planners and polluters – but only wrote papers and didn’t get into the thick of the issues and take action. Interestingly, although the article annoyed some people in academic circles, I know that it is suggested reading in Indonesian university courses on conservation to stimulate discussion and debate.

When Aceh was chosen as the venue for the ATBC meeting it was the ‘poster child’ of the conservation world. Not only had it emerged from the terrible impacts of the Boxing Day tsunami in 2004, and from a guerrilla war that had lasted decades, but it had a remarkable ‘green’ Governor who tried to put into place a vision for a Green Aceh. He did so by instituting a logging moratorium within the context of a brave new spatial plan for the province which accommodated the possibility of entering the carbon market in a new and exciting way.

But things change in politics and he did not get re-elected last year. The new Governor has proposed changes to the spatial plan which bring it back to a rather more conventional style – one that could  lead to conflicts with Indonesian national law if put into practice – and this issue was ‘hot’ in the corridors of the meeting. 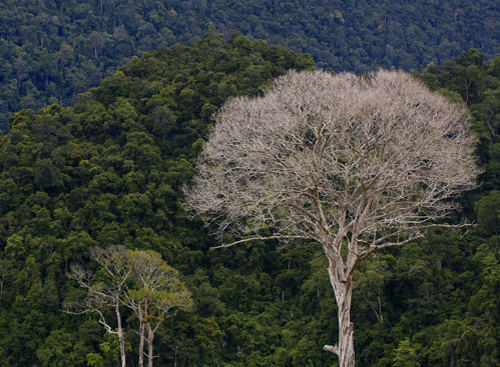 A declaration to act

The meeting participants wanted to put their weight behind some sort of message of concern in response to the current Governor’s influence and so a small group decided to draft a declaration.

On the last night of the conference, a group of beta-rank conservationists went to the Head of Forestry house in order to discuss the potentially contentious parts of the draft, hoping to negotiate solutions. The final Declaration (opens as a PDF), entitled: The Banda Aceh Declaration: The Crucial Importance of Aceh’s Forests, was finished at 3am and released immediately. It was quickly picked up by Indonesian and Australian newspapers as well as on the popular website Mongabay.

The declaration finishes with an appeal to the Aceh Government to “ensure that the rule of law is immediately upheld, to halt on going illegal logging, forest conversion and road building and to ensure that developments within its forest estate are based on sound forest-management principles”.

At one level this does not seem a big ask, but in the context of the situation currently faced in Aceh, making this direct appeal was decidedly not the conservation equivalent of scratching backsides in Aceh.