When I speak to prospective donors they often say people are their number one priority, as if we were rather dotty about animals and didn’t care so much for the lesser spotted human being.

Since I’ve also been told more times than I can remember that conservation won’t happen without people I thought I’d better see what that actually means.  Donors need answers.  To find out I went on a three-week, three-country field trip to central and south America.

The work in Belize, Nicaragua and Ecuador has a particularly heavy emphasis on sharing out the work of conservation amongst a wide variety of groups: I met farmers, fishermen, mayors, members of tourism committees, forestry agency workers, people from environment ministries, diplomats, tour guides, representatives of community groups, soldiers, Germans, cacao distributors, students and agricultural co-operatives, amongst others.

I felt like an economist, an agronomist, and an entrepreneur as well as a lobbyist, a lawyer and a lecturer.  In fact I felt like these things far more often than I felt like a conservationist.  But that’s the point of the matter – on top of the science conserving forests and rivers and beaches and reefs requires a good dose of  all of the above – as well as a lot of diplomatic oomph.

In the Americas I got all of this and more.

A thumping great parcel of land in Belize

In Belize I visited the Ya’axché Conservation Trust – an organisation set up in 1997  to manage a thumping great parcel of land and waterway known as The Golden Stream Corridor Preserve (if you want to know more about this stop reading right now and watch their excellent film below – tells the story far more clearly than I can do here).

Ya’axché have come from almost nowhere to managing their own reserve and one of the Belizean Government’s most scientifically important sites.  They communicate superbly – whether they are at the door of the Government, advising on ecological policy, or sustaining small farmers in their efforts to make a practicable living from degraded forests, their message gets through (did I mention there was a film to watch? Don’t take my word for it – see for yourselves).

River to Reef from Ya’axché Conservation Trust on Vimeo.

A glorious and extraordinary sight in Nicaragua 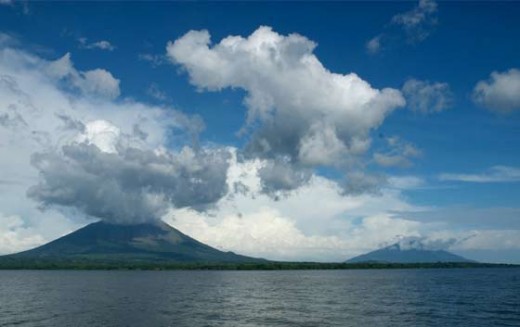 In Nicaragua I was blessed with a visit to the ancient site of Ometepe Island.  This is a must-see for anyone with any travelling ambition.  Not one but two perfectly conical volcanoes arising from the middle of a freshwater lake the size of a small country.

Not only is this as glorious and extraordinary a sight as one could hope to see, it has also recently been awarded “Man & Biosphere” status by UNESCO – the result of piles of hard work by a team of people on the island and within the Nicaraguan government  (FFI beavering away in the background, as is our wont).

Monkeys, parrots, salamanders, caiman, superb organic coffee, beaches, hotels, great food, ancient cultural artifacts going back thousands of years, forest with trees stretching out of sight, all on a sun washed island – it’s like wandering around in a dream.  The aim is to develop and to conserve at the same time.  Long live Ometepe.

The world’s tallest volcano in Ecuador

And then on to Ecuador which as a geographical location is almost embarrassingly various.  At Quito, where FFI works with another recently founded NGO in Fundacion Sirua, a population of 3-4 million souls living at 2,500m is overlooked by Cotopaxi one of the world’s tallest volcano at a mere 6,500m (nearly 20,000 feet in old money).

This volcano is, of course, located in the Andes which stretch North to South throughout the country – on one flank it’s like a fantastically exaggerated version of North Wales, or The Lake District, or Yosemite – whilst on the other there is rain forest and rivers, miles and miles of the stuff stretching off into Peru and then The Amazon.

Mountains, cloud and rain forest, whales off the coast but also the dreaded deforestation and poverty-induced stress on the country’s natural resources – I found all of the things I had seen in Belize & Nicaragua.  A whole host of people working hard to conserve their natural birthright whilst struggling with poverty and the need to feed their families.

Conservation is all about people 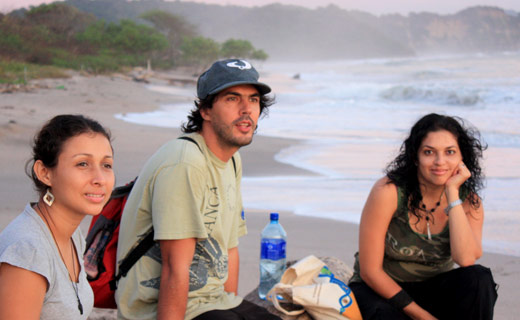 FFI's Nicaragua team represent a bright future for conservation in the region.

From first hand evidence I can tell you straight – conservation is all about people.  What’s encouraging is that conservation gives the most marginalised people in some of the world’s poorest countries resources that now have a value – I saw that with my own eyes and I feel pretty upbeat, despite the devastation, despite the climbing CO2 levels, despite all the extinctions.