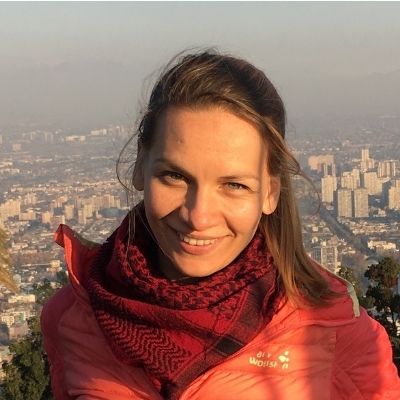 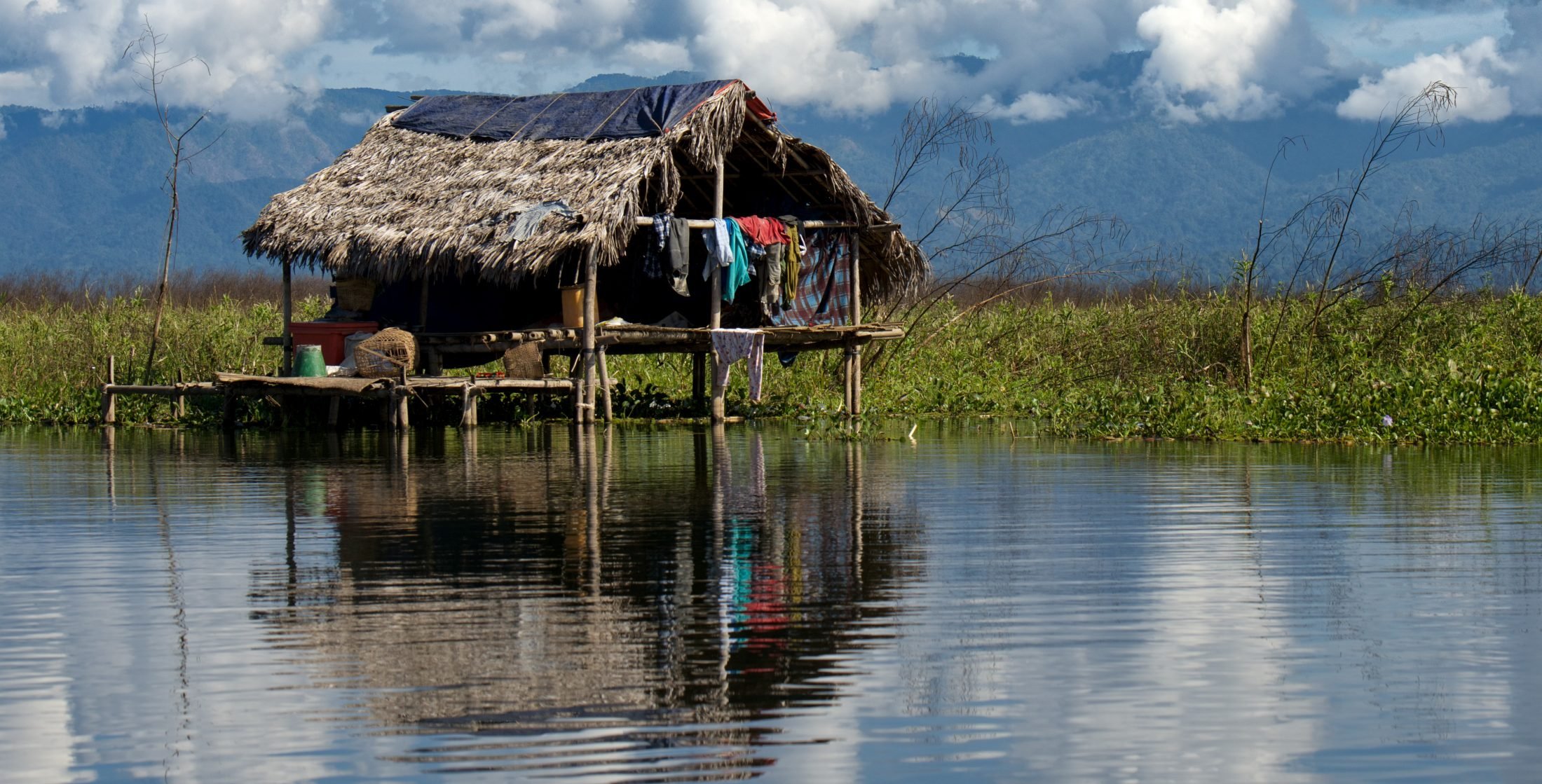 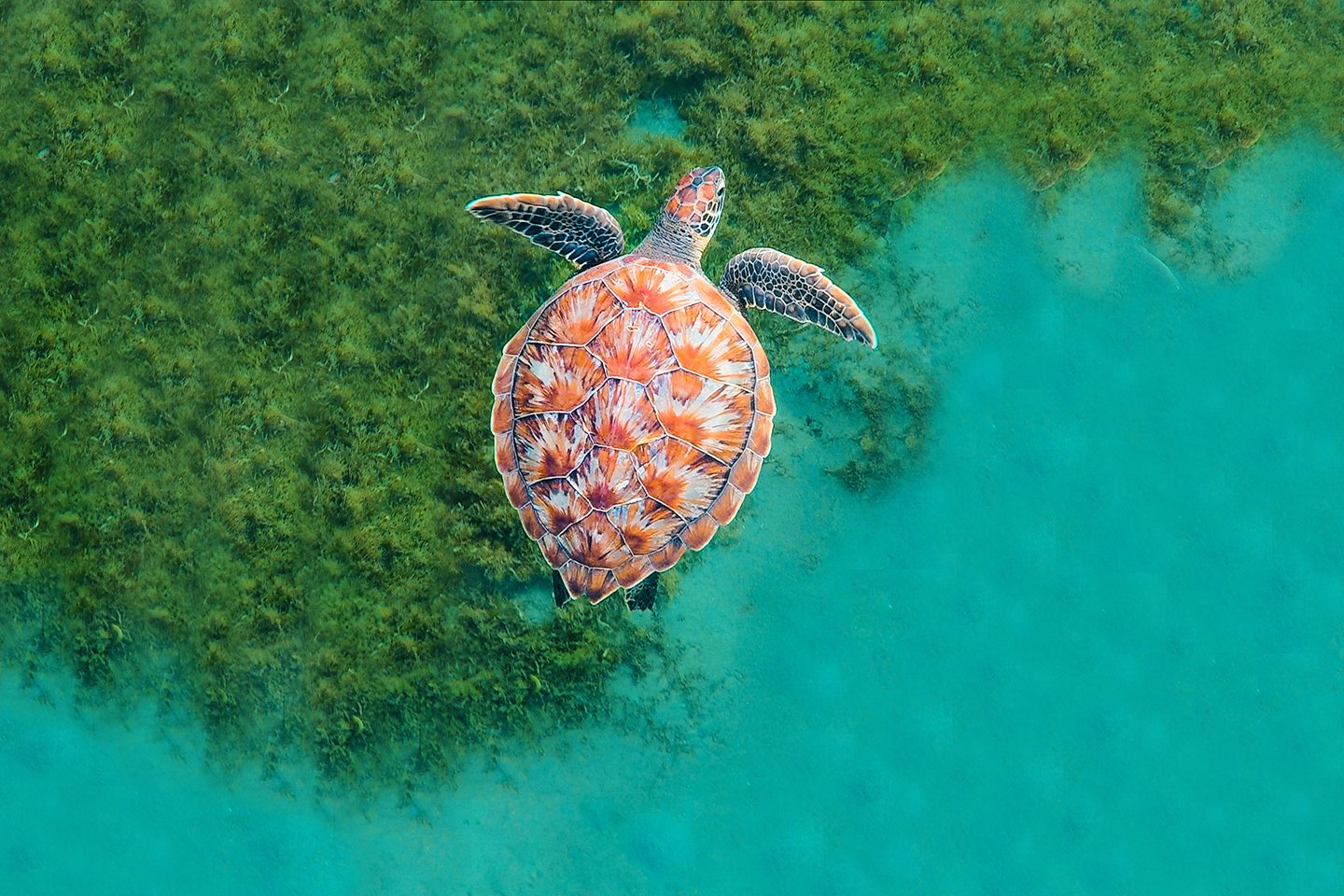 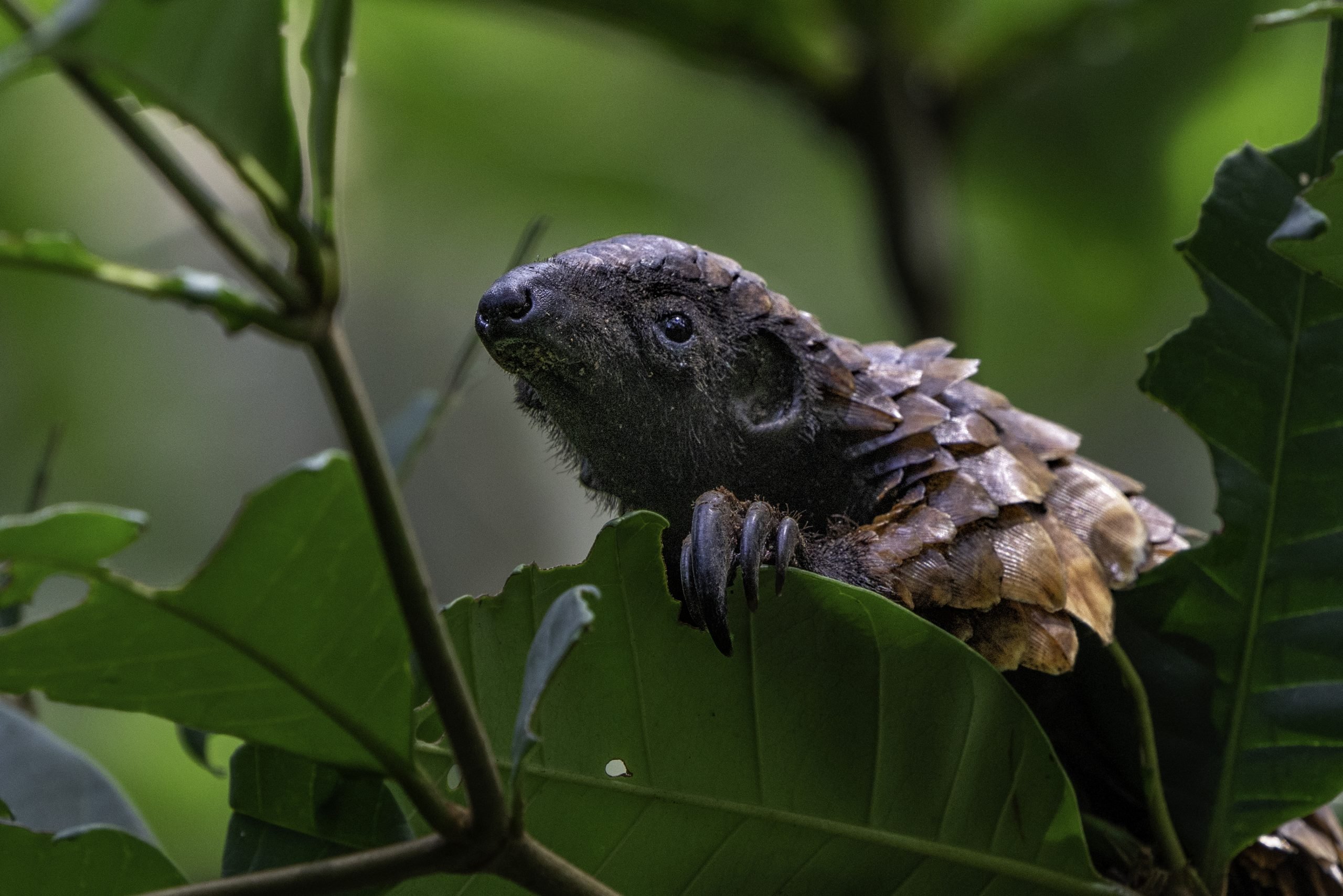 The forests, grasslands and coastal and marine ecosystems that Fauna & Flora International (FFI) and partners are working to safeguard are not just biodiversity havens. They also play a vital role in the global carbon cycle by removing it from the atmosphere and storing it for decades, centuries, or even millennia. Between 2007 and 2016 these natural carbon sinks – including terrestrial forests and other, relatively unappreciated, carbon-rich ecosystems – absorbed 28% of total man-made emissions, serving as a hugely significant brake on runaway climate change.

Recent analysis has revealed that least one billion tonnes of carbon are being locked up in the vegetation and soil of sites protected by FFI and our partners around the world. That’s equivalent to the carbon content of eight billion barrels of crude oil – or 23 years’ worth of UK crude oil production.

The findings of this carbon assessment highlight the huge contribution that nature protection makes to slowing human-induced climate change and underline the urgent need to safeguard the countless natural carbon sinks that are in imminent danger of being lost.

Forests have been making headlines for decades, often touted as the ‘lungs of our planet’, capable of slowing the alarming global heating rate if only we’d give them a chance. But the carbon sink and storage potential of forests varies greatly across the world’s ecoregions, and even within a forest there are many factors to consider.

Greater tree species diversity within forests has been linked with higher carbon storage in many regions and in recovering forests. A comprehensive study on tropical forests demonstrated that biodiversity has an independent, positive effect on ecosystem functioning, biomass and thus, carbon storage, not only in relatively simple temperate systems but also in structurally complex and extremely species-rich tropical forests.

It is likely that environmental factors such as rainfall and soil condition are influencing these varying levels of carbon uptake, and tree density and size also play an important role. A forest’s history of disturbance, such as fire, logging or clearance, also affects carbon uptake. In designing and implementing carbon conservation strategies, the prevention of biodiversity loss is therefore paramount.

The rate of carbon sequestration in young forests is higher than in old ones, as young trees are actively growing and absorbing carbon. Over time, the rate of carbon absorption slows, but the economic value of the carbon stored in the ecosystem continues to accumulate as forests mature and increase in size. To retain the benefit of the carbon sequestration, forests must be protected and supported to develop into mature, high-carbon storing forests. 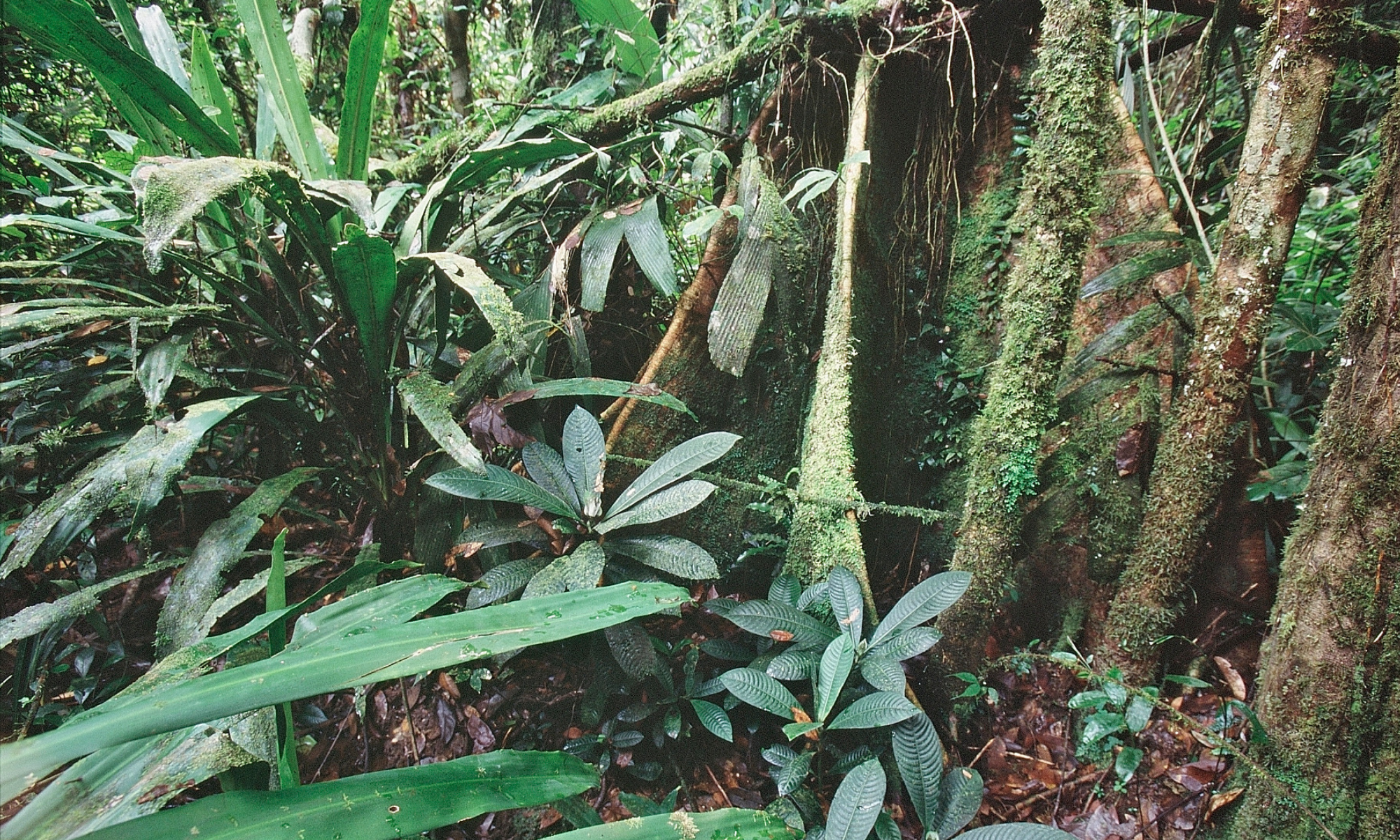 Liberia’s Sapo National Park, which FFI and partners are working to protect, lies within the biologically rich and globally important Upper Guinea forest ecosystem. It is home to the critically endangered western chimpanzee and African forest elephant, and to the endangered pygmy hippopotamus. Our initial estimates suggest that the park’s species- and carbon-rich ecosystem (covering over 180,000 hectares of mainly intact rainforest) can store a whopping 58 megatonnes of carbon in its vegetation and soil. This is equivalent to the carbon content of almost 500 million barrels of crude oil.

Grasslands – including savannah – are among the largest ecosystems in the world; some estimates suggest they cover around a third of the global terrestrial surface. Apart from acting as key water catchments and biodiversity havens, grasslands also play a crucial role in reducing global warming, serving as giant carbon sinks that capture carbon and store it underground – hidden from our eyes. Global estimates suggest that grasslands have more than 10% of the biosphere’s carbon tied up in their soil.

Carbon in soil is vital for plants; the vast majority of the nutrients that plants require for healthy growth is acquired via carbon exchange in collaboration with soil microbes. In addition, high-carbon soils require much less irrigation and are less reliant on rain to stay healthy. 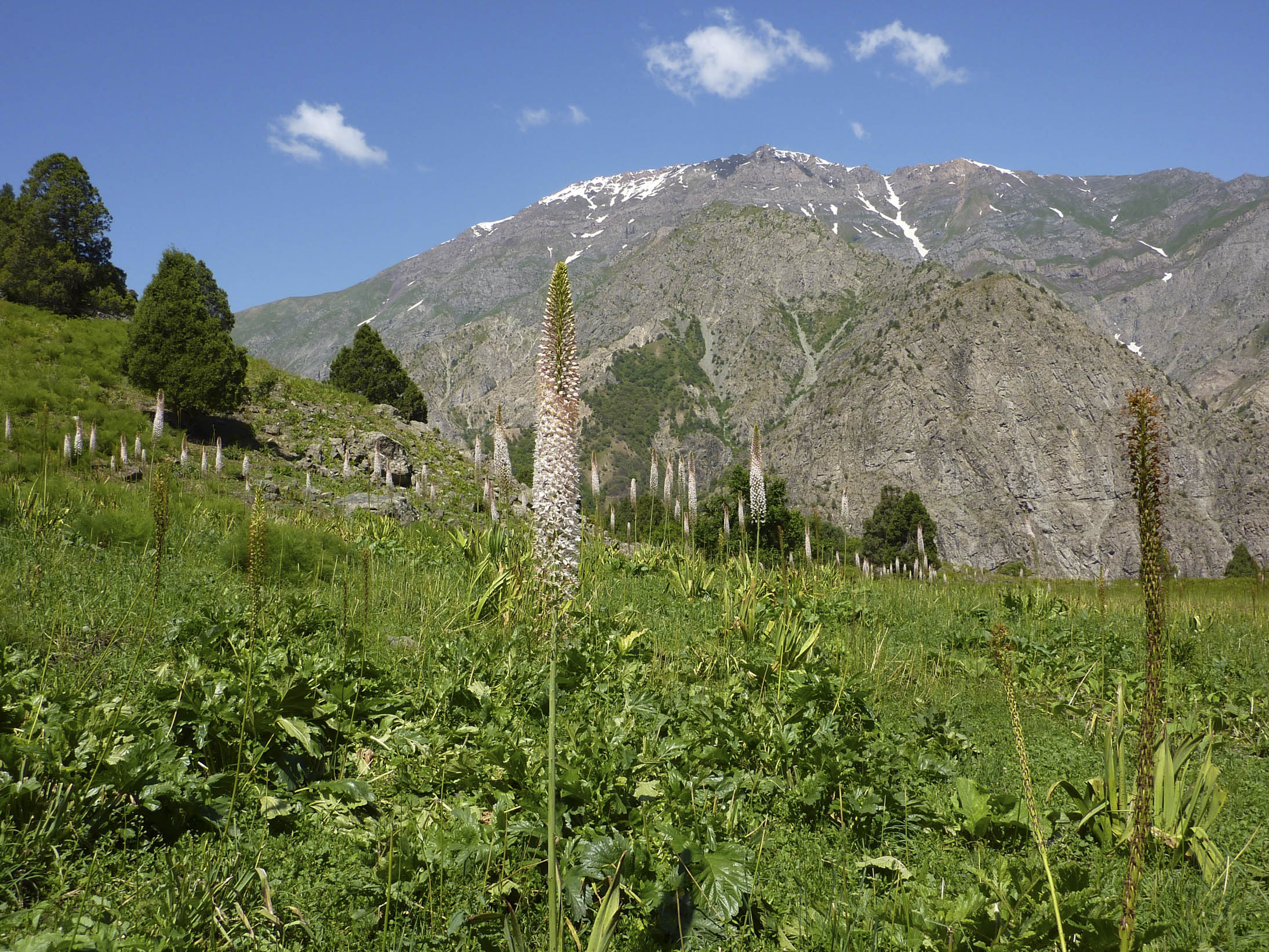 In addition to promoting the protection and sustainable use of Tajikistan’s unique fruit-and-nut forests within FFI’s project sites at Childukhtaron and Dashtijum, we also aim to ensure better management of grassland habitats. Between them, the two reserves incorporate around 16,200 hectares of subalpine meadows, with a combined carbon stock estimated to be up to 1.4 megatonnes. Thanks to the dominant soil types and the cool temperate climate, the soils have a high carbon storage potential, accounting for more than 90% of the carbon stored in these mountain grassland ecosystems.

Blue carbon is the carbon stored in coastal and marine ecosystems such as mangroves, seagrass meadows and salt marshes. These unsung superheroes sequester and store more carbon per unit area than terrestrial forests – with sequestration rates up to four times greater than those observed in mature tropical forests – and hence are increasingly recognised for their role in mitigating climate change. In these ecosystems carbon is predominantly (50–99%) stored below ground in the soils and sediments, where it can remain for millennia.

The enormous carbon sink capacity of these ecosystems is the icing on the cake. They also protect against storm surges and sea-level rise, prevent coastal erosion, regulate water quality, provide habitat for commercially important fisheries and endangered marine species, and improve food security for coastal communities. 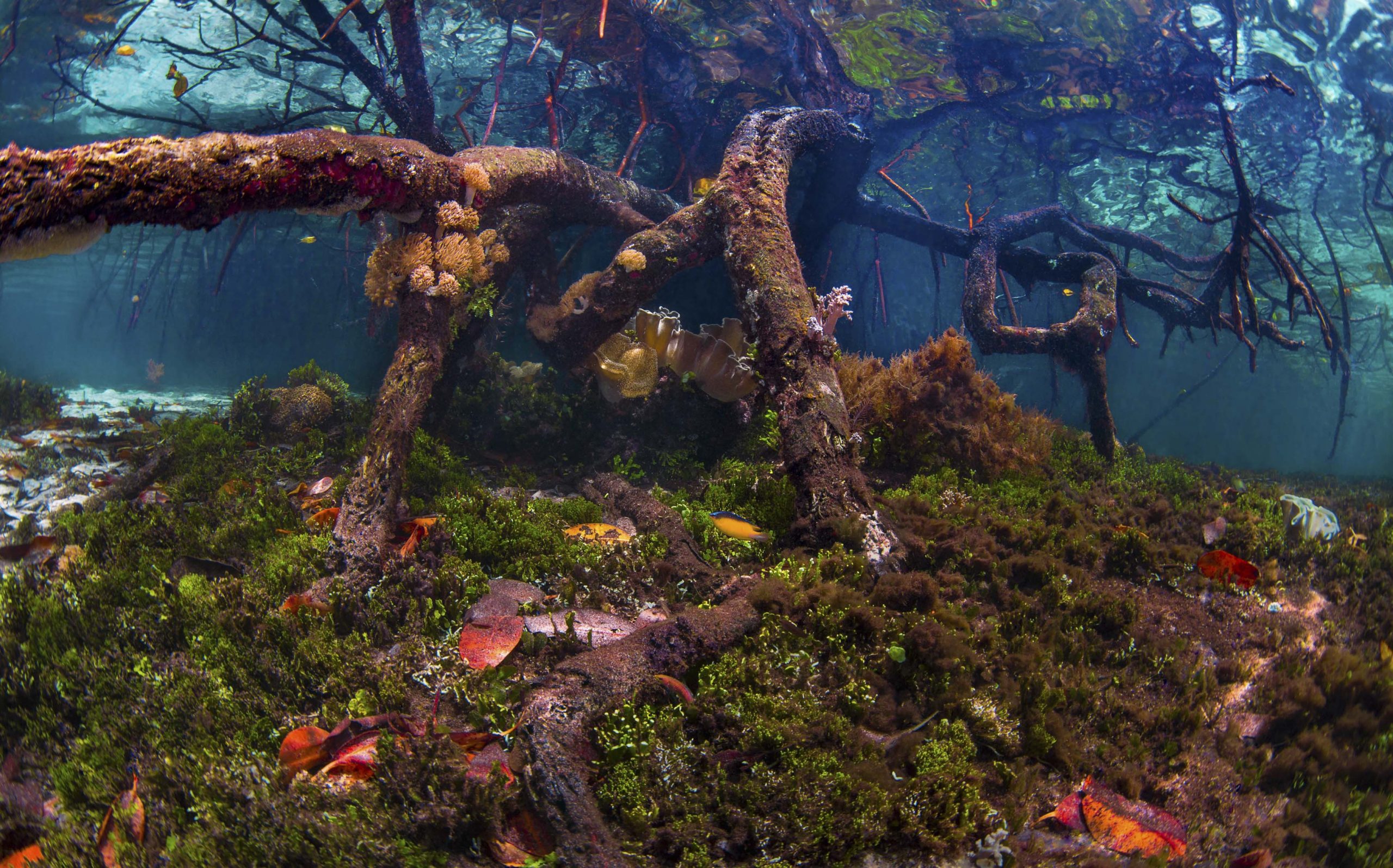 In Honduras, with our in-country partners and community support, FFI is contributing to a mangrove monitoring programme throughout two marine protected areas, covering a significant proportion of the 8,500-hectare mangrove found across the seascape in which we work. Initial estimates suggest that the total carbon stock of mangrove forests could be at least 3.2 megatonnes (comparable to carbon content in the UK’s monthly oil production).

Some of the most impressive carbon stocks in coastal sediments include mangroves in Belize, which in some places have accumulated carbon-rich soils up to 10 metres deep and more than 6,000 years old. A meadow of seagrass in Portlligat Bay, Spain, has built carbon-rich deposits of similar depth and age. Some tidal salt marsh sediments in northern New England are three to five metres thick and 3,000–4,000 years old. However, when degraded or destroyed, these ecosystems release carbon back to the atmosphere and ocean.

Although their historical extent is hard to determine, up to 50% of the total global area of these ecosystems is estimated to have been lost in the past 50-100 years. If current rates of loss continue (up to 3% annually), a further 30–40% of tidal marshes and seagrasses and nearly all unprotected mangroves could be gone within a century. 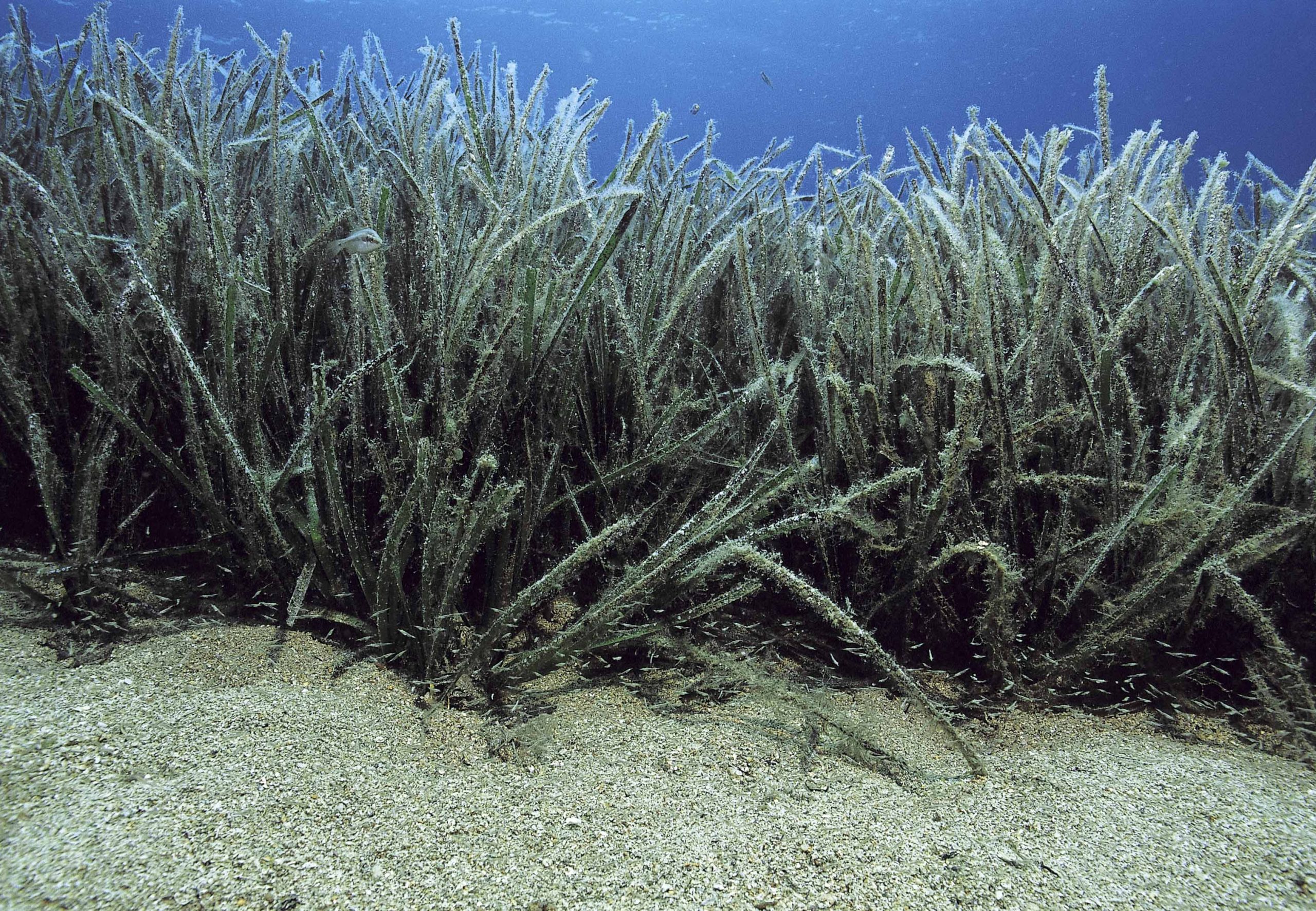 The slow-growing seagrass Posidonia oceanica plays a vital role in carbon sequestration, but remains under threat from destructive fishing practices including bottom trawling, as well as tourism, coastal development, aquaculture and sand extraction. Seagrass meadows in the Mediterranean are severely depleted; FFI is working in Turkey with local partner Akdeniz Koruma Derneği to build the resilience of the marine ecosystem in the eastern Mediterranean via a network of effectively managed marine protected areas. Assessment of the below-ground soil carbon across sample sites – including intact and degraded seagrass meadows – is helping to inform conservation of existing blue carbon stocks in these delicate habitats.

Peatlands are found across all climate zones from the tropics to tundra. They occur in various forms, from swamp forests to blanket bog landscapes with open, treeless vegetation, all of which are incredibly rich in carbon – and strongholds of biodiversity. Indeed, peatlands are the largest natural terrestrial carbon store; worldwide, the remaining area of near-natural peatland (over three million square kilometres) contains more than 550 gigatonnes of carbon, exceeding the volume stored in all other vegetation types combined, including forests.

Thanks to year-round waterlogged conditions, dead plants accumulate to form peat, which can become many metres thick, locking in carbon for millennia. In their natural, wet state peatlands help regulate water flow, minimising the risk of flooding or drought, and provide food, fibre and other products that sustain local economies.

However, damaged peatlands – mainly due to drainage, agricultural conversion, burning and mining for fuel – are a major source of greenhouse gases, annually releasing almost 6% of global anthropogenic emissions. Daily emissions from weeks-long fires in Indonesia’s peat swamp forests in autumn 2015 exceeded daily emissions from the entire US economy. 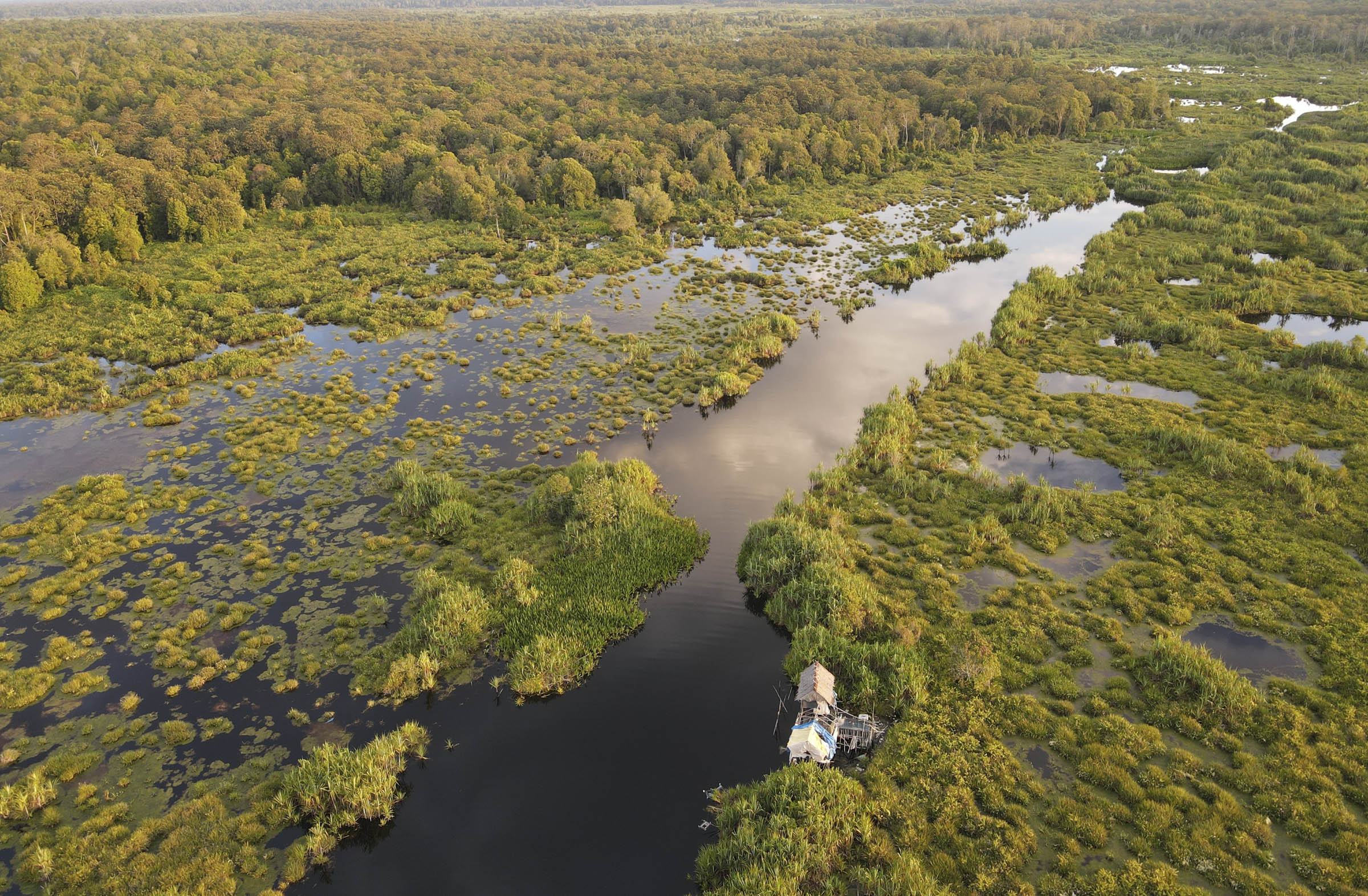 According to local studies, Indonesia’s vast peat swamps in Sumatra and Kalimantan have been persistent carbon sinks for the past 15,000 years. The resulting peat carbon stores can contain as much as 1,000 tonnes per hectare, with values over 7,500 reported for exceptionally thick (over 12 metres) peat layers. This far exceeds the carbon storage capacity of the above-ground biomass of mature tropical rainforest (typically 130–240 tonnes per hectare). Indonesia’s peat swamps also harbour incredible wildlife, including charismatic species such as critically endangered Sumatran tigers, orang-utans and the weird and wonderful proboscis monkey. Peatland protection and restoration therefore brings significant climate and biodiversity benefits. Working closely with the government, FFI is supporting efforts to ensure the remaining peat swamp forest in areas such as West Kalimantan is protected from further degradation as a result of illegal logging, mining activities and fire, and we have also helped set up nurseries to plant seedlings of threatened trees that are unable to regenerate naturally.

Human pressures, rising global temperatures and increasing climate extremes are threatening to further undermine all these ecosystems’ ability to soak up and store carbon. In order to enable them to play their crucial climate regulation role, we need to prevent further degradation and prioritise their protection and restoration. Rapid, nature-positive decarbonisation is essential if we are to keep warming under 1.5°C and ensure a safe climate where nature and people can thrive.

All eyes on Glasgow in the countdown to COP26