The cost of Covid-19: will gorillas pay the ultimate price?

Writing this article from an improvised office, and gazing out of the window at a world in lockdown, I find it hard to believe that it’s less than a month since I was standing on an extinct volcano in Rwanda, watching a silverback mountain gorilla eat a leisurely bamboo brunch.

So much has changed in the intervening weeks, not least the level of threat posed by tourists visiting these great apes. In the context of gorilla watching, the concept of social distancing is nothing new. Maintaining a minimum seven-metre distance between visitors and gorillas has long been mandatory. Indeed, the need to rigorously enforce this important rule was central to discussions revolving around gorilla-friendly tourism at the recent strategy meeting organised by the International Gorilla Conservation Programme (IGCP) – a coalition co-founded by Fauna & Flora International (FFI).

Those discussions have been rapidly overtaken by events. The inevitable spread of this life-threatening coronavirus to Africa has shifted the goalposts, effectively turning gorilla-friendly tourism into a contradiction in terms.

The advent of Covid-19, which poses a grave threat not only to human health, but also –  potentially– to gorilla welfare, has left decision makers on the horns of a dilemma. Do you protect the great apes at all costs, turning away the tourists who are the lifeblood of mountain gorilla conservation? Or do you keep the parks open in order to generate vital revenue, possibly at the expense of the very animals that bring in the tourist dollars? 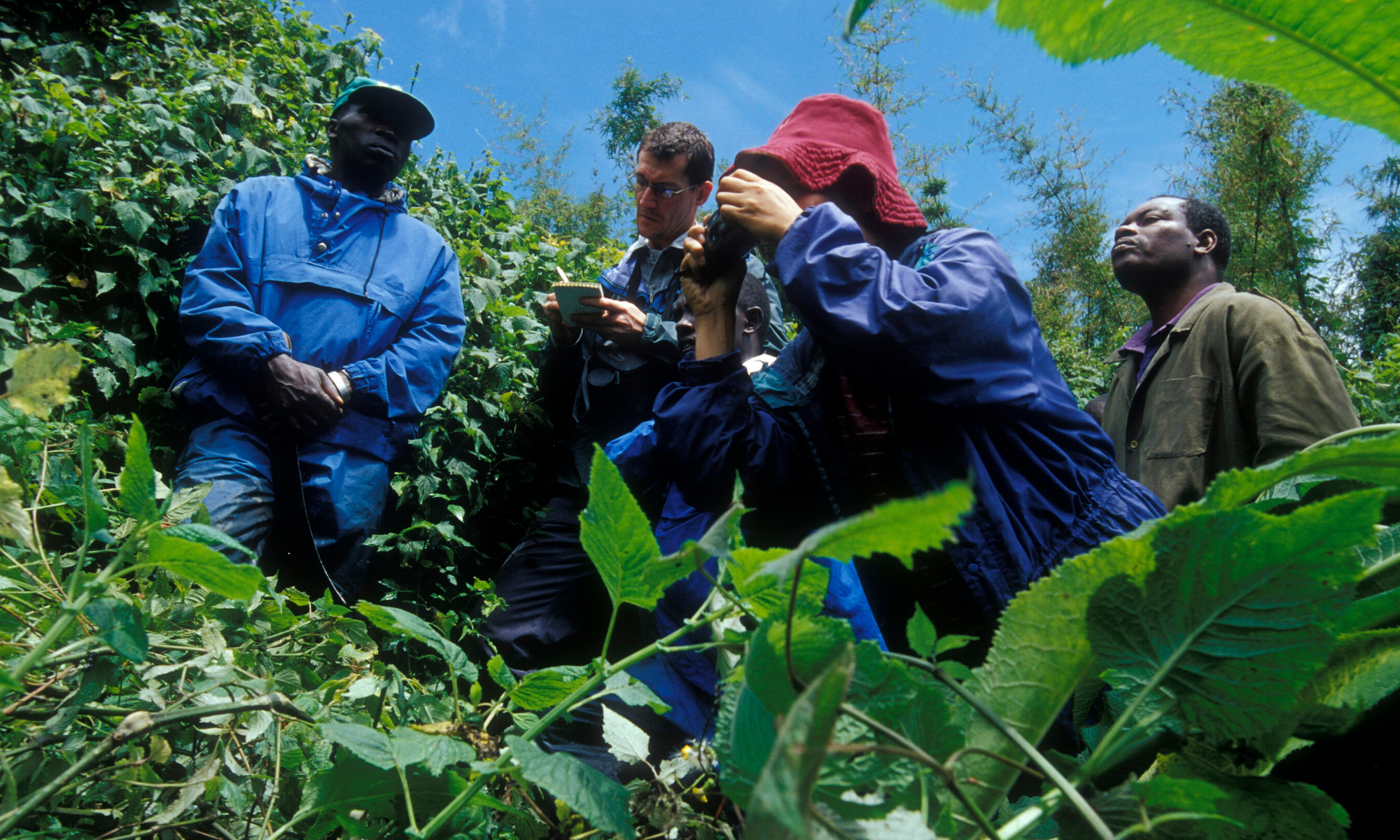 According to the experts, it is uncertain whether other great apes are susceptible to this particular strain of coronavirus, but the probability is high, given that gorillas share around 98% of their DNA with us and are known to be vulnerable to other human-borne respiratory diseases.

Common sense tells us to err on the side of caution. Four decades of concerted conservation action on the part of governments, park staff and IGCP has helped bring mountain gorillas back from the brink. It would be madness to knowingly put these magnificent apes in harm’s way so soon after they were officially removed from the critical list.

Mindful of the scientific advice, the authorities in the Democratic Republic of Congo were quickest to react, declaring that Virunga National Park was closed to visitors until further notice. Rwanda soon followed suit, announcing a temporary shutdown of Volcanoes National Park and other parks that harbour great apes. On March 26th, Uganda suspended primate tourism – and research – in the country’s protected areas.

Is it the right decision? Absolutely. Will it have serious economic consequences? Undoubtedly. With permits costing up to $1,500 per visit, the suspension of gorilla tourism will have huge financial implications for the three range states and, in particular, for the park authorities and nearby communities who derive much of their income from tourism. The dramatic fall in revenue will reduce the park’s ability to pay frontline staff, including rangers. It could possibly also undermine local attitudes towards mountain gorillas and their forest habitat if communities perceive that they are no longer benefiting from their presence. 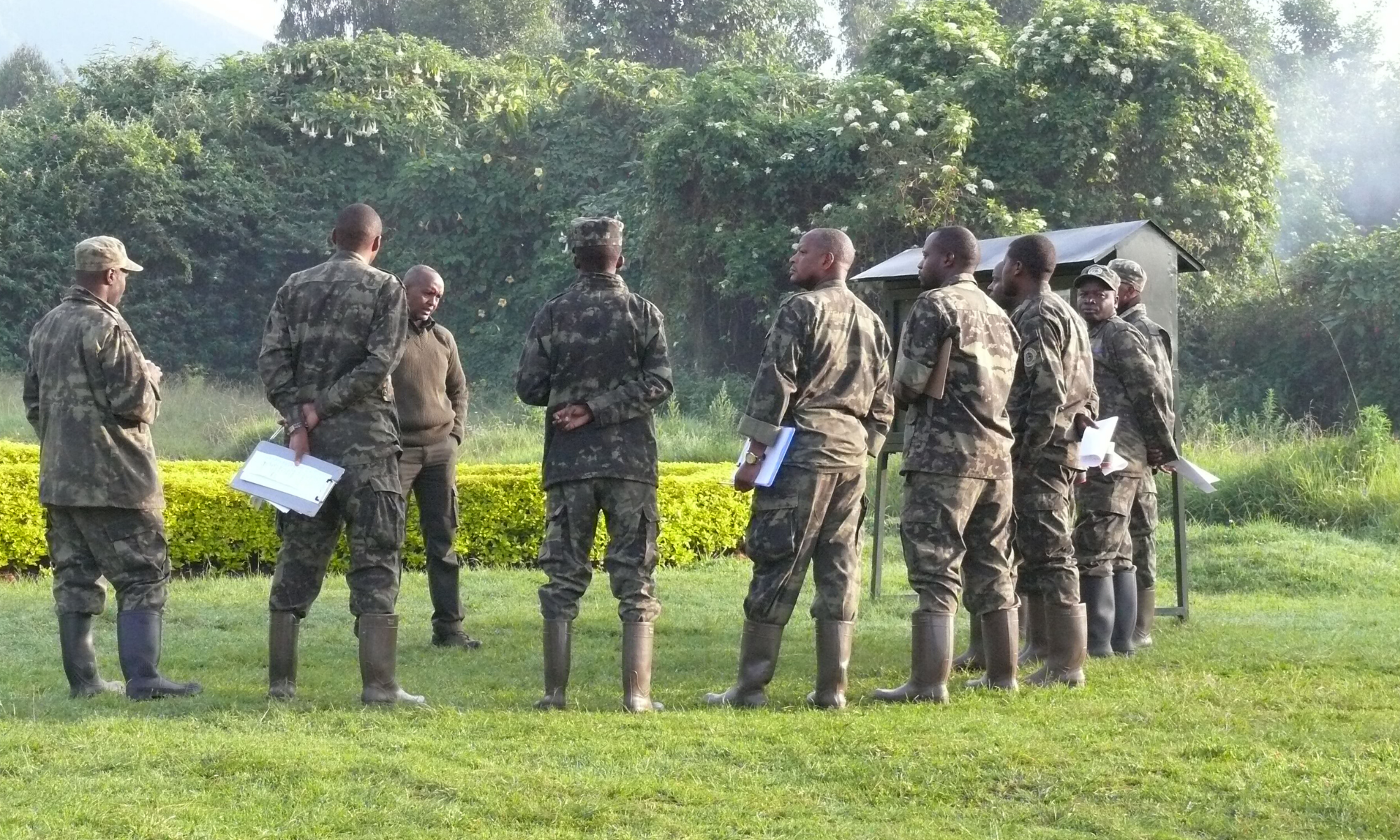 A world without mountain gorillas is hard to contemplate; losing them would impoverish us all. In these uncertain times, we can be confident of one thing: IGCP and its coalition partners, including FFI, will move mountains to safeguard these great apes and ensure their continued survival. But we’ll need all the help we can muster.

When all this is over, I’m looking forward to returning to Rwanda and renewing my acquaintance –at a respectful distance – with that same silverback. In the meantime, much work needs to be done to support IGCP and the protected area authorities through these turbulent times. It will be all hands to the pump, and we invite you to join us.

Tourist income is the lifeblood of
mountain gorilla conservation.
We urgently need your help
to bridge the funding gap.