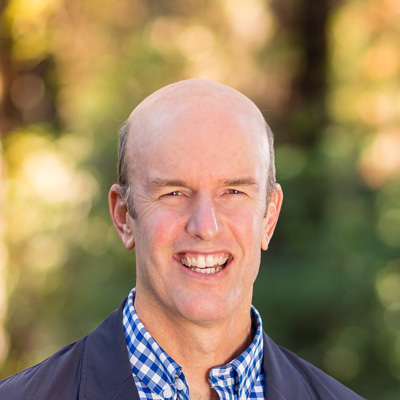 Prior to FFI, I was with the National Forest Foundation, Audubon, WWF-US and TNC. I sit on the boards of the South Downs National Park Trust, Groundswell International and Wild Farm Alliance. I have a M.S degree in Forest Science and a B.A. in Biology. I try to get outside as much as possible--climbing, skiing, and cycling. I am trying to learn how to sail!

There is a point on every small boat trip where the outboard motor won’t start. Our lancha (boat) captain Nelson – a local fisher from the community of Nueva Armenia – had just made an insider joke about the motor to set up the jinx and now we were listing on the waves, silently hoping the engine would start after multiple tugs on the starter cord.

Finally, the engine came to life, sputtering a bit and sounding strikingly similar to the sound effect Nelson had made when he told the joke earlier. We sped through green, glass water towards the village of East End where Fauna & Flora International’s (FFI) partner Community Tourism Network of Honduras is supporting the development of community-led tourism and fisheries projects. 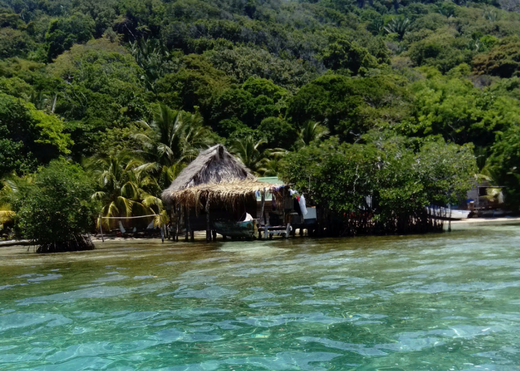 A home in the village of East End, Cayos, Cochinos. Credit: Vance Russell/FFI.

Cayos Cochinos National Marine Monument headquarters, located just off the beach at Cayo Menor, was a lively place with a Spanish reality TV show being filmed and boatloads of tourists and divers passing through in the short time we were there. It is the base for the Cayos Cochinos Foundation, one of FFI’s project partners.

As an aside, the reality TV shows have provided significant funds for Cayos Cochinos Foundation’s conservation work. Interestingly, some of the shows caused small conflicts with local fishing communities as they required fishing bans during filming as the show participants were supposed to be the sole island residents. However, in some cases, these fishing bans had positive results, or a perverse incentive depending on your point of view, when local fishers realised that the subsequent lack of fishing pressure helped improve their fish harvests.

The purpose of my trip was to work with our Honduran partners, communities and protected areas that form part of the FFI Honduras seascape project that is generously supported by the UK Government’s Darwin Initiative. I wanted to learn more about the interaction across the marine protected areas that make up the marine landscape in the southern terminus of the Mesoamerican Reef.

A decline in fisheries (due to overfishing, destructive fishing methods and degradation of mangroves and estuaries) has threatened biodiversity and put the livelihoods of coastal villagers (who rely on fishing) at risk. 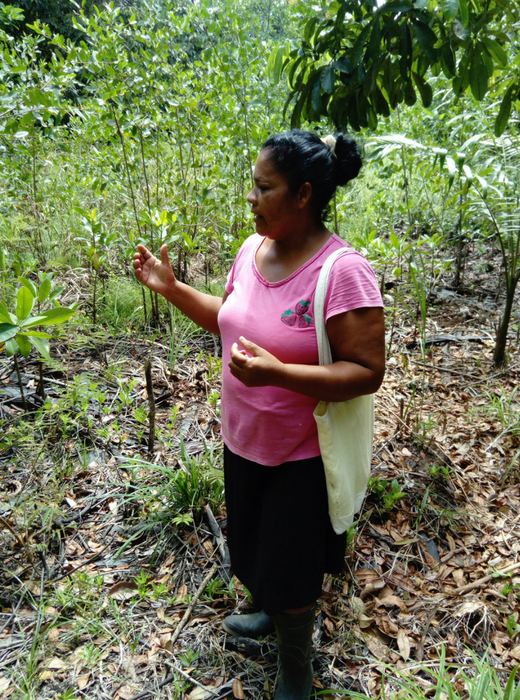 During the field work, I went to Cuero-y-Salado Wildlife Reserve – whose name, I learned, comes from two rivers converging which literally translate as leather and salt.

On the way into the reserve, the whirring lancha motor was occasionally interrupted by the cat-like growls of golden-mantled howler monkeys. We also observed white-faced capuchins during the trip. Upon arrival, a local leader proudly showed us the mangrove and upland forest restoration sites she led with community members and we later discussed tourism and fisheries management.

Later in the day, after a tour of some the buildings and local wildlife trails by the Cuero-y-Salado Foundation Director, I caught a rare glimpse of a manatee diving from the surface while visiting one of the communities connected to a local fishers’ cooperative with which we are building capacity.

Capacity building with the cooperative is multi-faceted but includes strengthening governance structures, increasing involvement of women in cooperative leadership, improving management of fish stocks, officially registering all members and technological support through the use of a smart phone app (OurFish) which the fishers are increasingly using to record catch volume and species composition.

Earlier in the week, the president of the Fishing Association of La Rosita Cuero-y-Salado (a cooperative known as APROCUS), Doña Carmen, explained to me how they were working to protect this graceful manatee species as well as working with Community Tourism Network of Honduras to improve community livelihoods through a more sustainable fishery and improved marketing for the fish they catch. 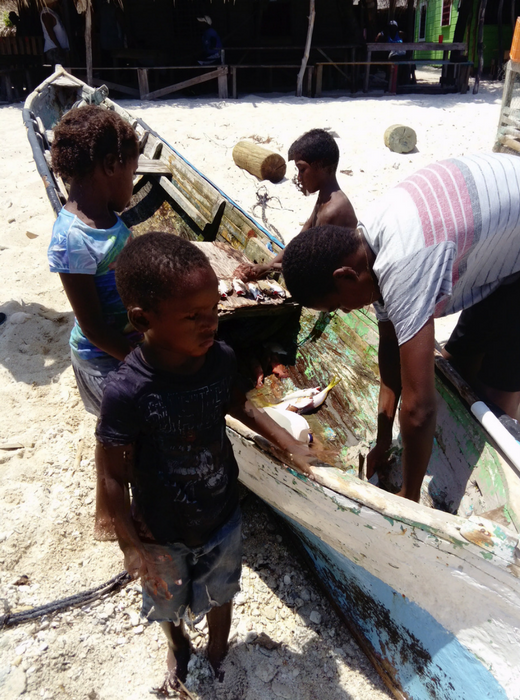 Sorting out the day’s catch on the key of Chachahuate, Cayos Cochinos. Credit: Vance Russell/FFI.

In the past year, we established relationships across five project partners, restored mangrove forest, consolidated scientific data and information related to the project species and local fish stocks, as well as supported expansion of the marine zone of Cuero-y-Salado Wildlife Reserve.

From these initial successes, we hope to begin addressing the many upcoming challenges for the project in the coming year such as reducing fishing access rights conflicts, marine governance across multiple organisations and communities and establishing sustainable livelihoods that reduce the pressure on focal and marine species and welcome any innovative ideas for assisting in the Honduras Seascape Project’s success.

Prior to FFI, I was with the National Forest Foundation, Audubon, WWF-US and TNC. I sit on the boards of the South Downs National Park Trust, Groundswell International and Wild Farm Alliance. I have a M.S degree in Forest Science and a B.A. in Biology. I try to get outside as much as possible--climbing, skiing, and cycling. I am trying to learn how to sail!