In thinking about a suitable ‘hook’ for this blog, I’m conscious of the temptation to over-indulge in fishy or wet puns and metaphors. So instead I’ve plumped for (rather than ‘plunged into’) some equally tenuous links with an old Irish folk song.

Otherwise known as ‘Molly Malone’, this song tells the story of a young woman selling shellfish in the streets of Dublin. One verse relates how “She was a fishmonger/ But sure ‘twas no wonder/ For so were her mother and father before”.

For me, this highlights one of the roles, often overlooked and under-valued, of women in the fisheries market chain. It also provides an example of one of the common reasons that motivates people to engage in a particular livelihood activity, that of following in the footsteps of their parents.

Molly’s decision to sell cockles and mussels may have been grounded in a feeling of pride and social connectedness in ‘joining the family business’ or because it earned her a decent living or due to lack of other options; most likely it was a combination of many factors.

To successfully support local communities to be active stewards of their environment, we need to understand how and why women and men, girls and boys, interact with their natural resources; and what the incentives are for them to engage in ‘biodiversity-friendly’ activities in pursuit of sustainable livelihoods and the well-being of their families. 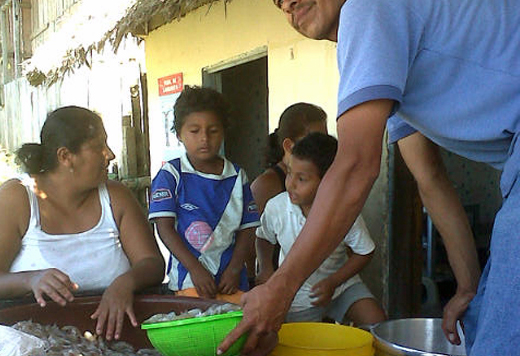 So, in crossing the ocean from Ireland to Ecuador, two issues were high on the agenda: the participation of local communities in how resources are managed sustainably – and cockles, lots of cockles (and not a few crabs too).

Supported by funds from the Darwin Initiative, FFI has been working with partner NGOs, Foundation for the Future of Latin America (FFLA) and the Nazca Institute for Marine Research, as well as the Ministry of the Environment, along three stretches of the Pacific coast. What’s particularly interesting about this project is that it is working with very different models of coastal resource management. My trip this time focused on two of the sites – Galera-San Francisco Marine Reserve in Esmeraldas Province in the north, and the mangroves around Jambelí in El Oro Province in the south.

The creation of the Galera-San Francisco Marine Reserve has been a genuinely grassroots initiative with active participation of local communities and other stakeholders from the start in the development of a management plan for the reserve. The plan, if approved, could give local communities preferential access to marine resources and would establish both no-take zones (areas closed to any type of fishing) and community-managed zones – both firsts for Ecuador (outside of the Galapagos).

It’s an exciting prospect that this reserve could become an important model for other Marine Protected Areas (MPAs) in Ecuador and an example for other countries in the region.

As the Darwin-funded project there draws to a close, we’re fortunate to have secured substantial funding from the UK’s Department for International Development (DFID) to continue to help empower the women and men of Galera-San Francisco to have a say in decisions about how their natural resources are used for the benefit of themselves and future generations. 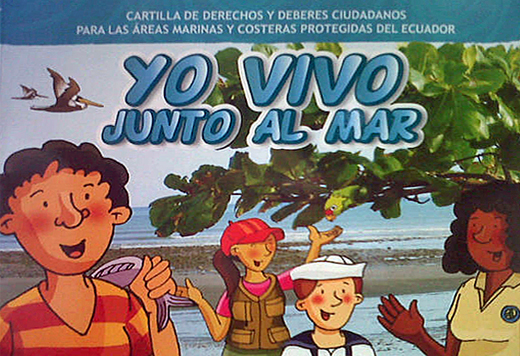 For me, it was a delight to see the proactive approach taken by leaders of the Galera-San Francisco communities, and to work with such a motivated project team, truly committed to addressing local people’s rights while conserving biodiversity.

Together, we developed a participatory methodology to evaluate the achievements of the Darwin project and to reflect upon and distil the lessons learnt to feed into the next phase of our work there. We also designed a baseline survey for the new DFID project to establish people’s knowledge of their rights, their access to resources and basic services, and their perceptions of their quality of life and well-being.

We will use this information to monitor the links between these factors, and ensure particularly that the needs and rights of the most vulnerable people within the communities are not overlooked or undermined during the course of our work.

“That’s all very well,”, I hear you cry, “but what about the cockles?”! Well, to learn more about those, we must venture further south towards the border with Peru. Here, the Ministry of the Environment (MoE) is supporting a totally different but equally interesting management model to protect the remaining mangroves.

If you’ve ever bought shrimps in the UK, there’s a good chance that they came from the shrimp farms that have proliferated along the Ecuadorian coast. In recent years, the government has made some progress on closing down some of those that were illegally established and in legalising others. Some have also been abandoned due to disease outbreaks. But there is still concern over the environmental impact of large-scale shrimp farming.

In an attempt to put local communities at the forefront of protecting the remaining mangroves from further expansion of these farms, the MoE have granted 10 year contracts to fishery associations and ancestral communities to enable them to take custody of the mangrove ecosystems in order to harvest cockles and crabs, prevent deforestation and engage in replanting activities. 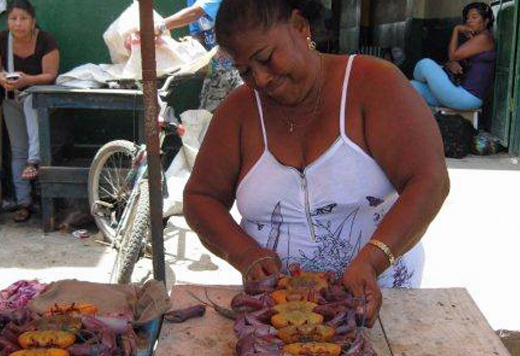 We spent a couple of days talking to local stakeholders, including the local union of artisanal fishery organisations, and the community members of the concession, Los Isleños (“The Islanders”).

The latter were particularly inspirational with their stories of experimentation and innovation in their efforts to sustainably manage a substantial area of mangroves. Also of interest was their concern for what happens to those people, the ‘independents’, who are not members of concessions – how to enable them to continue their traditional livelihood activities while ensuring that those activities do not undermine the sustainability of the mangroves and their inherent biodiversity.

Finally, we met with Lilly whose organisation has been working to improve the lives of women, and those of their children, through a range of activities, such as supporting women to engage more in the fisheries market chain as cockle collectors, net-menders and traders. Which brings us back to Molly Malone, who sadly “Died of a fever/ And nothing could save her”.

Hopefully, as a result of this work, the future looks brighter for the women and children of the Ecuadorian coast than it was for poor ol’ Molly.