The Coastal Communities Network – A force for nature

Friends of the Sound of Jura
By Kerri Whiteside, 6th December 2019

At Fauna & Flora International (FFI) we strongly believe that the people best placed to protect biodiversity – and the resources it provides – are those who live closest to it. That’s why we put particular emphasis on supporting in-country organisations and investing in their capacity for conservation. Our work with coastal communities is no exception.

Much of FFI’s work in the marine environment is focused on tropical waters. However, we also work with a range of local groups to promote marine conservation closer to home in the temperate – and chillier – waters around Scotland. And we’re delighted to say that our work with the Coastal Communities Network has recently been nominated for a Nature of Scotland Award.

Dipping a toe in Scottish waters

As dreich and stormy as Scotland’s inshore waters can sometimes be, they are also intricate, colourful and fragile. This intricacy and fragility is exemplified by seagrass beds, corals and the nursery grounds of maerl, a red coralline seaweed upon which a multitude of other species depend, such as microscopic scallops and  delicate brittlestars. 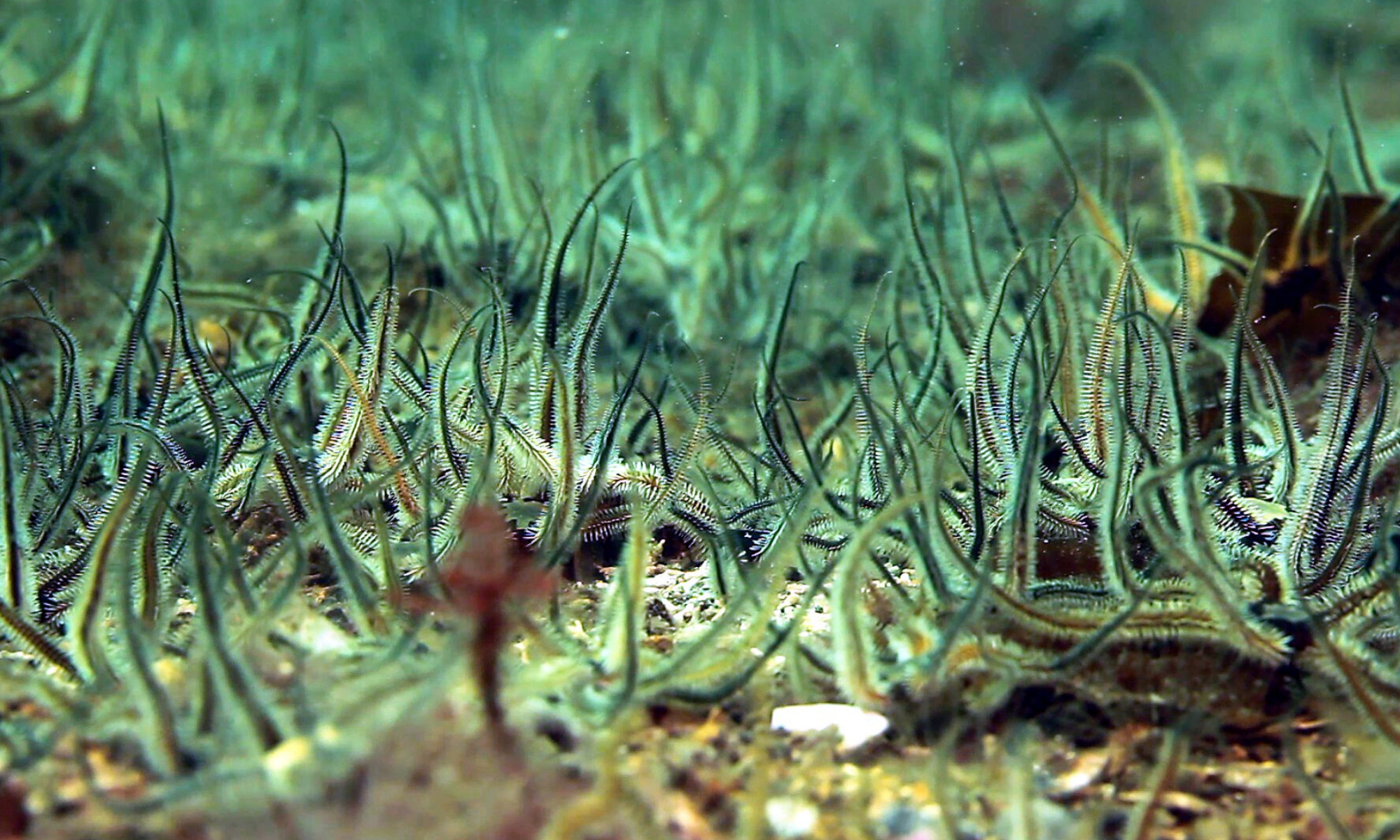 Brittlestar bed off the coast of Arran, Scotland. Credit: COAST

Naturally rich though Scotland’s seas are, many of those living around these shores have witnessed first-hand a decline in marine diversity, be it the result of historical overfishing or dredging of the seabed with heavy machinery. Without appropriate management, such activities can easily destroy the vulnerable inshore habitats on which all life here depends. People living around Scotland’s coasts worry about myriad escalating threats to inshore species and habitats, including coastal development, pollution and the cumulative impacts of open-net salmon farming.

Members of one such coastal community on the Isle of Arran, were the first to invite FFI to support marine conservation in Scotland. Fuelled by local residents who were witnessing the damage inflicted on inshore habitats – and the consequent deterioration in diversity – within their own lifetime, the Community of Arran Seabed Trust (COAST) was already achieving great things, demonstrating how a concerned community can make a real difference, and wanted to help others do the same.

Set up in the 1990s by two local divers, COAST eventually established Scotland’s first no-take zone – where no fishing, or any kind of extractive activity, can take place. This was designated within Lamlash Bay, in the Clyde, in 2008 after 13 years of effort from COAST. Results to date have been impressive – with a recovering and more complex seabed and increases in the size and abundance of commercial species such as lobster and scallops.

COAST demonstrated that, as a local community, it has a stake in how adjacent waters are managed. Bolstered by increased local support, it recently opened up a community marine protected area centre in Lamlash and now employs around five members of staff. COAST is now recognised not only across Scotland, but throughout the UK and internationally, as a pioneer in community-led marine protection.

But COAST knew that it wasn’t alone; other coastal communities in Scotland were worried about how their local seas were being managed and were poised to make a difference. In 2014, working in partnership with COAST, FFI identified a number of such community groups who wanted to take action to protect their local marine environment but were constrained by a lack of resources, links to the right people and access to the appropriate information. These were all things that FFI could provide.

Alone, individual communities can bring about significant change in their own area. When contributing to the wider debate around marine management, however, communities have much greater influence working under a joint banner, and with a united voice. 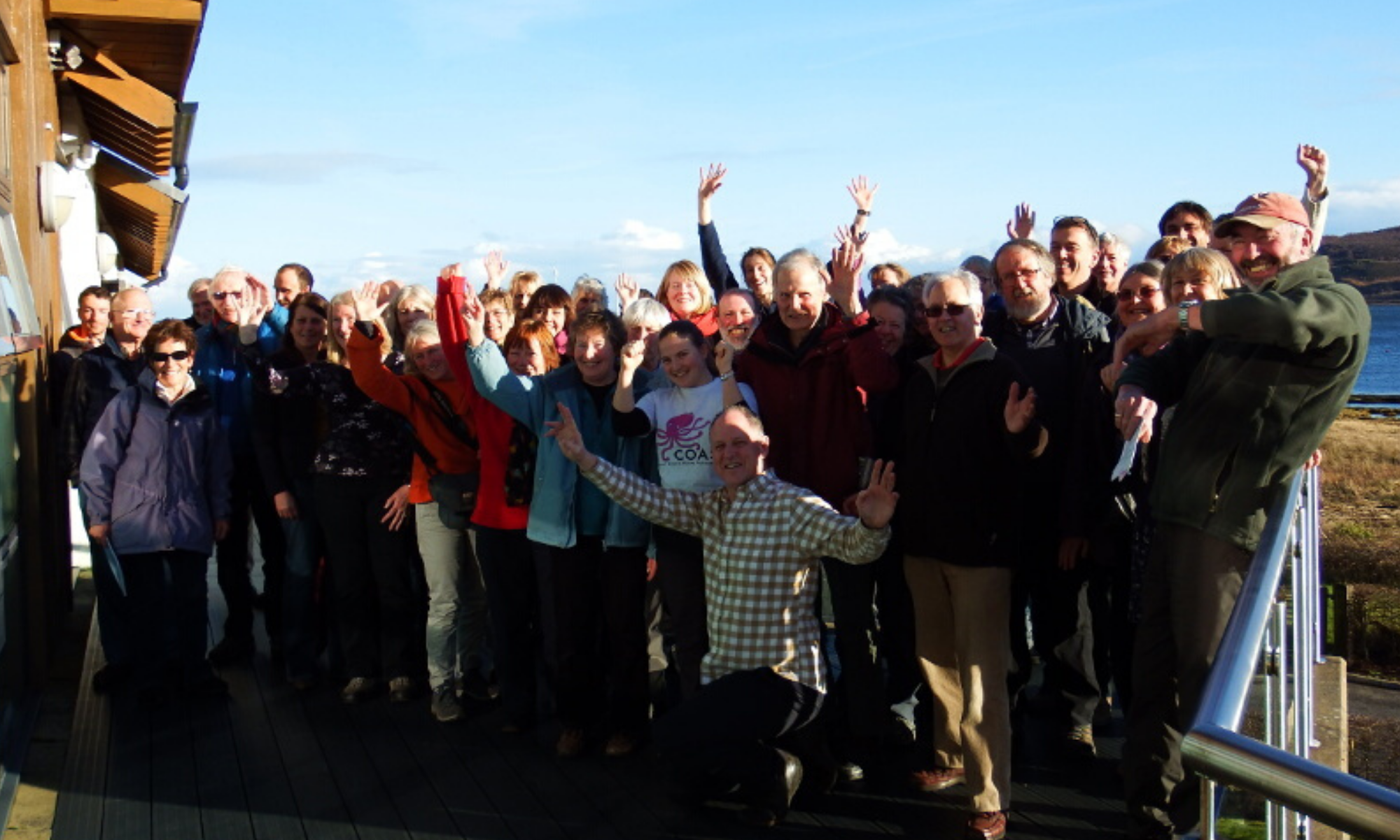 Making a difference for Scotland’s seas

In 2014, when FFI started to work with individual communities along Scotland’s coast, there was no  forum for community-led collective action. Nevertheless, it was clear that communities felt strongly about the need to protect their local seas. Over the last five years many organisations have come together, alongside the communities, to launch the Coastal Communities Network. This national alliance is steadily growing in both membership and impact.

While FFI currently supports the network by providing a coordination role, the aim is for it to become self-sufficient and independent in the coming years.

Following on from COAST’s groundbreaking no-take zone in 2008, the communities linked into the network have helped to monitor and even establish marine protected areas in Scotland; for example in Fair Isle where Scotland’s first ever, and only, Demonstration & Research MPA was designated in 2016. The network actively engages on conservation issues that matter to member communities, challenging government institutions to make improvements – in the shape of enhanced spatial management for inshore fisheries in sensitive habitats, stricter regulation and more appropriate site location for salmon farming, or challenging emerging threats, such as plans to commercially dredge kelp from inshore waters. Communities within the network are also gathering invaluable information about marine biodiversity through collaborative initiatives such as a Community-led Monitoring project led by Scottish Natural Heritage. 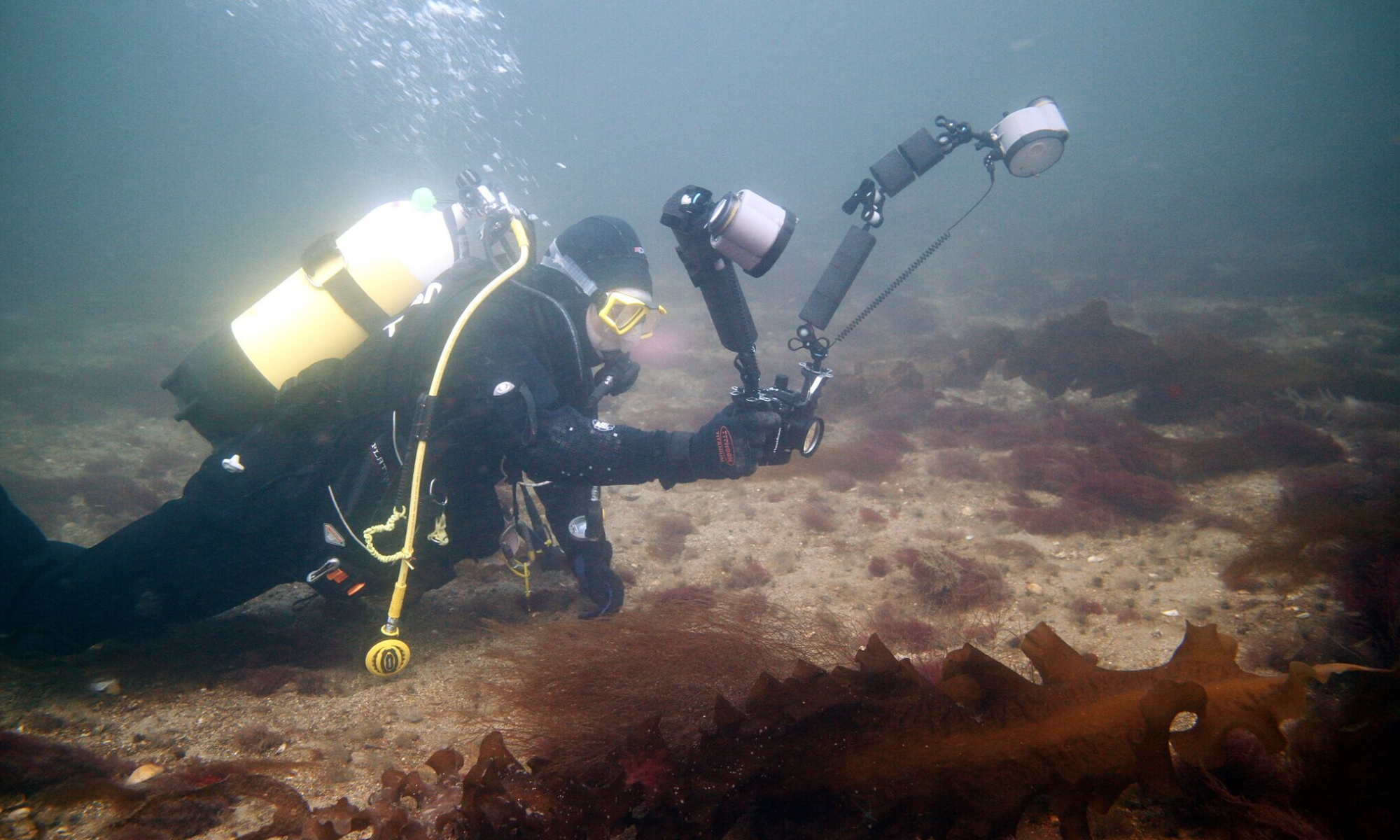 Individual community groups are also mobilising others in their localities to engage with marine protection. From Berwickshire to Wester Ross, Argyll and beyond, local groups have established themselves from scratch – and many are now registered charities running their own projects. Outreach work conducted by groups in the network include citizen science projects, restoration projects, and brand new initiatives such as declaring the UK’s first ever Hope Spot around the Argyll coast and islands. Community members collectively contribute hundreds of volunteer hours per month towards active marine conservation, all in the wider public interest.

The effort and motivation already engendered within these communities is truly impressive. Sir David Attenborough once stated that the natural world “makes life worth living”; it is this same conviction, this common understanding, that connects the individuals and the communities in this network and makes it a true force for nature.

Here’s a short introduction to the Coastal Communities Network voiced by some of its many members: