#CharityIs about making the world tomorrow a better place

It sounds odd, but it’s sometimes easy to for those of us at Fauna & Flora International (FFI) to forget that we’re a charity. We’re more used to calling ourselves an NGO, or simply a conservation organisation. For some of our older members we might even still be thought of as ‘the Society’ (FFI was originally known as The Society for the Preservation of the Wild Fauna of the Empire, and the word ‘society’ remained integral to our brand name until 1994).

This is of course because we’re an international organisation, and – working as we do with partners, communities and governments around the world – we look for terms that are understood by all. Nonetheless, FFI is a charity – an organisation set up to provide help and raise money for those in need.

This all came up because, between 14th – 20th March, Charity Bank is running a campaign called #CharityIs, in which they’re asking people in the UK to share positive messages of what charities mean to them. Over the years I’ve worked with a number of charities, each striving to make the world better in its own way. FFI is my first global charity, so our reach and impact are on an international scale – although to the communities we work with it’s our impact on their lives and the natural resources surrounding them that concerns them most.

As an FFI employee and advocate, charity is about protecting the natural world, improving the lives of marginalised communities, and helping people to live more sustainably and harmoniously with the natural world. But, for those who support FFI, charity is about more than this – and Charity Bank’s campaign encompasses people’s expectations of how FFI, as a charity, should carry out its business. 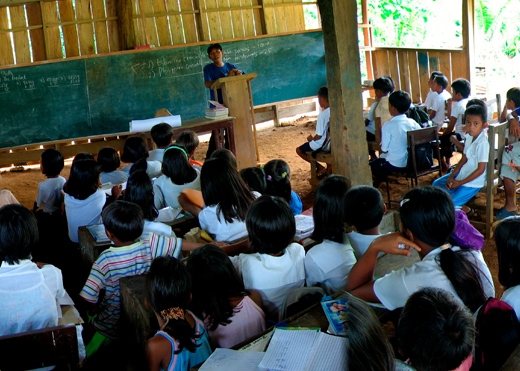 FFI works with communities all over the world. Credit Juan Pablo Moreiras/FFI.

#CharityIs: careful about how it spends its money

Well we certainly strive to do that, and according to the Charity Commission 94% of our income goes towards our charitable activities. FFI is typically modest, and we tend to be a little harder on ourselves claiming a figure of 84% (which is still in our minds very prudent).

#CharityIs: respectful towards those who support its work

One of the things that makes me most proud to work for FFI is the great sense of respect and care that we all have for our members and supporters. We’ve never sold or traded personal data with any other organisation – be they charity or otherwise. If someone tells us that they no longer want to hear from us, then that’s absolutely fine. If someone wants to call and speak to us about anything then they can pick up the phone and speak to a member of FFI’s staff – not a call centre. In fact, if you pick up the phone and ask to speak to a specific member of our fundraising team, you’ll almost certainly speak with that person. We’re a small team, and we do like to speak with our supporters (my name’s Paul by the way and you are very welcome to call and speak to me).

Every donation we receive is given in faith that we’ll use it wisely to make a difference to a cause someone cared about enough to make that donation – and that means a lot to us. Every cheque, credit card donation, gift in a Will, grant, offer of support in any other way, is thanked as soon as possible (unless someone tells us not to, to save us postage). Every thank you we give is genuine and heartfelt. People are often surprised when they call to find we remember them straight away, or recall past conversations.

#CharityIs: a two-way, equal relationship in which we stand by a clear set of moral (and legal) obligations towards those who support our work

The trust people place in us – not only to treat them with respect and to spend their money wisely but also to deliver effective conservation – is fundamental to the way we fundraise. Without it we couldn’t carry out the conservation work that we do. We like to think that we go above and beyond what people expect in this regard. 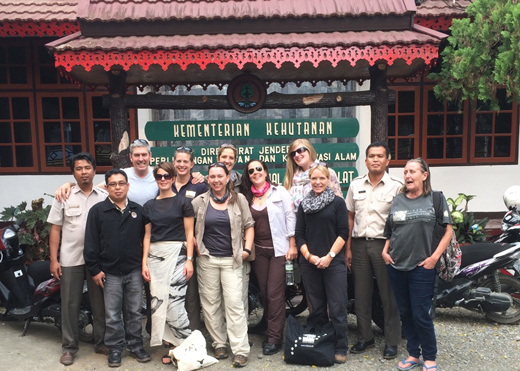 Charity will mean something different to each one of us, and I’d encourage everyone to go on social media and share something positive about what #CharityIs to you – and I hope you’ll share your positive ideas of what FFI in particular is to you.

FFI exists to conserve threatened species and ecosystems worldwide, and each charity that I’ve worked with tries to improve people’s lives in different ways. So I suppose, ultimately for me, #CharityIs about making sure the world tomorrow is a little better than it was yesterday.