Caught in the crossfire – Tapirs in tiger territory

When we hear scientists talking about accidental bycatch, we tend to think of turtles entangled in fishing nets, or an albatross impaled on a longline trawler’s fish hook.

A tapir in a tiger snare is the terrestrial equivalent.

It is common knowledge that the illegal trade in tiger bones and body parts poses a grave threat to the remaining populations of Asia’s most iconic big cat. But this grisly business also has a detrimental impact on other species that have the misfortune to be caught in the crossfire.

Kerinci Seblat National Park in Indonesia is one of the last remaining strongholds of the critically endangered Sumatran tiger. It also harbours a globally important population of the endangered Malay tapir, which is down to an estimated 2,500 adults worldwide.

You might imagine that a sizeable, relatively defenceless herbivore would be perfect prey for a voracious apex predator. In fact, fatal encounters appear to be relatively infrequent even though they share the same forest habitat, due to the fact that tigers are largely crepuscular – active at dusk, to you and me – while tapirs are nocturnal.

So far so good for the tapir, but it turns out that hungry carnivores are the least of its problems. Tapirs and tigers tend to favour the same network of trails through the forest, especially in the mountains that comprise much of the park. And it is here that the poachers set their lethal wire snares. 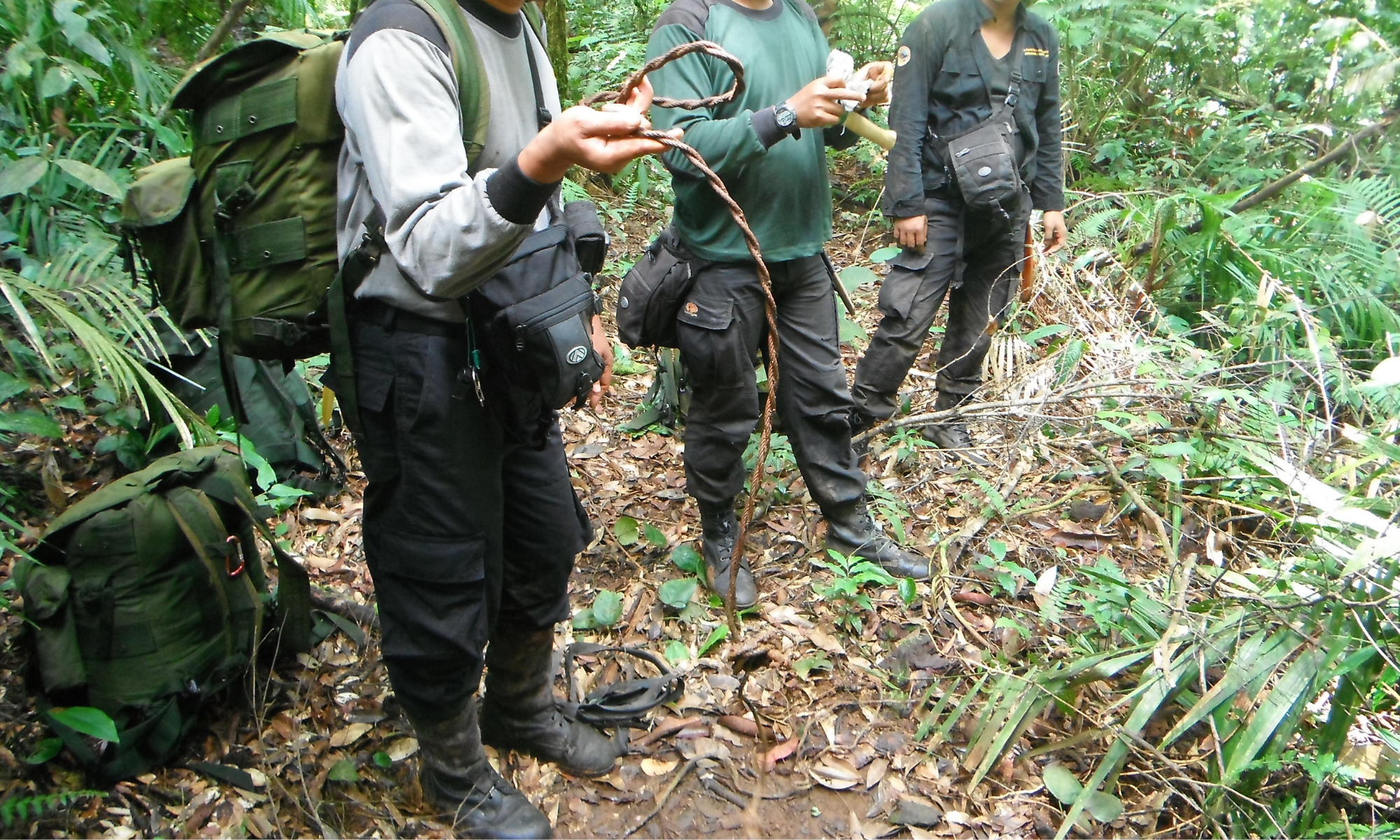 These poachers tend to be opportunists; tigers are their primary target, but if they happen to trap a different species, they won’t hesitate to sell it for bush meat. In the case of the tapir, however, the flesh is widely considered haram – forbidden – by the local Muslim population, and this animal currently has little or no value in the local traditional medicine trade – although skulls and bones may be passed off as those of Sumatran rhinoceros.

A tapir in a tiger snare is, therefore, the worst possible outcome for both poacher and victim, and a fitting, if depressing, symbol of the wastefulness of this indiscriminate hunting method.

To add insult to injury, snares can have a disproportionately serious impact on tapirs, because their relatively slow rate of reproduction makes them less resilient to poaching pressure than a more prolific breeder such as the tiger.

The collateral damage inflicted by would-be tiger trappers is undoubtedly a genuine cause for concern, but until now there have been few attempts to quantify these wider impacts, particularly where Malay tapirs are concerned. 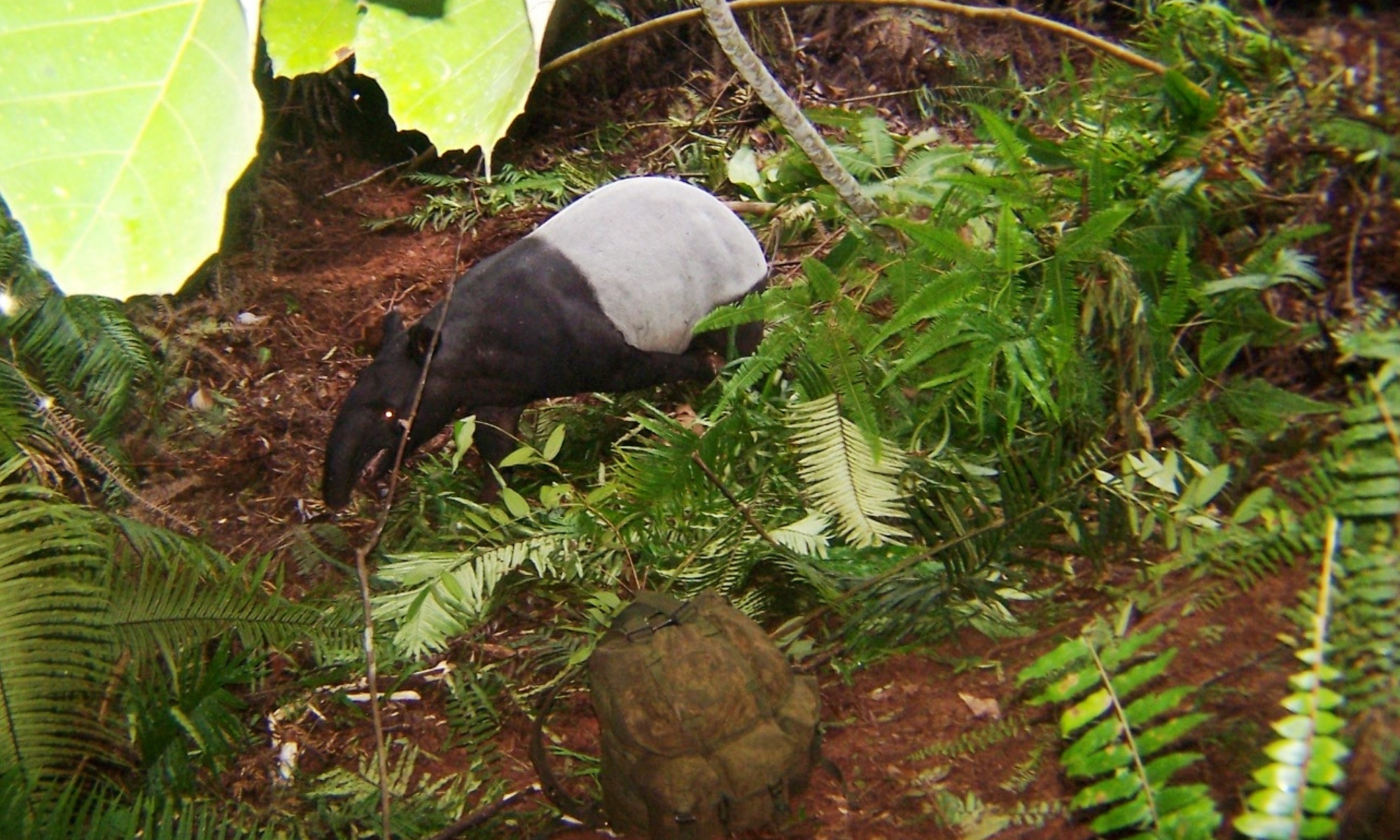 One of two Malay tapirs rescued from tiger snares within the same month. Credit: FFI/KSNP

Despite their large size – an adult male can weigh more than 300 kilos – Malay tapirs are seldom encountered by humans due to their nocturnal nature and preference for deep rainforest habitat, and we know surprisingly little about them, particularly the Sumatran population. They are spectacular, charismatic animals, but have been inexplicably overlooked in Southeast Asia.

Thanks to an inspired piece of collaborative research involving Fauna & Flora International (FFI), Indonesia’s Ministry of Environment and Forestry, Australia Zoo and the evocatively named University of the Sunshine Coast, that has begun to change.

Tiger Protection and Conservation Units have been operating in Kerinci Seblat National Park since 2000. A crucial facet of their anti-poaching work is to conduct routine and intelligence-led forest patrols. Over the years, these crack teams have removed thousands of snares and covered a cumulative distance of over 23,000 kilometres.

Kassandra Campbell – a member of the tiger team at Australia Zoo, which has supported the work of the Tiger Protection and Conservation Units since 2004 – was looking for an interesting research project for her degree. She set herself the task of analysing four years of patrol data compiled during a period that was characterised by an alarming spike in tiger and hornbill poaching activity in and around the park. 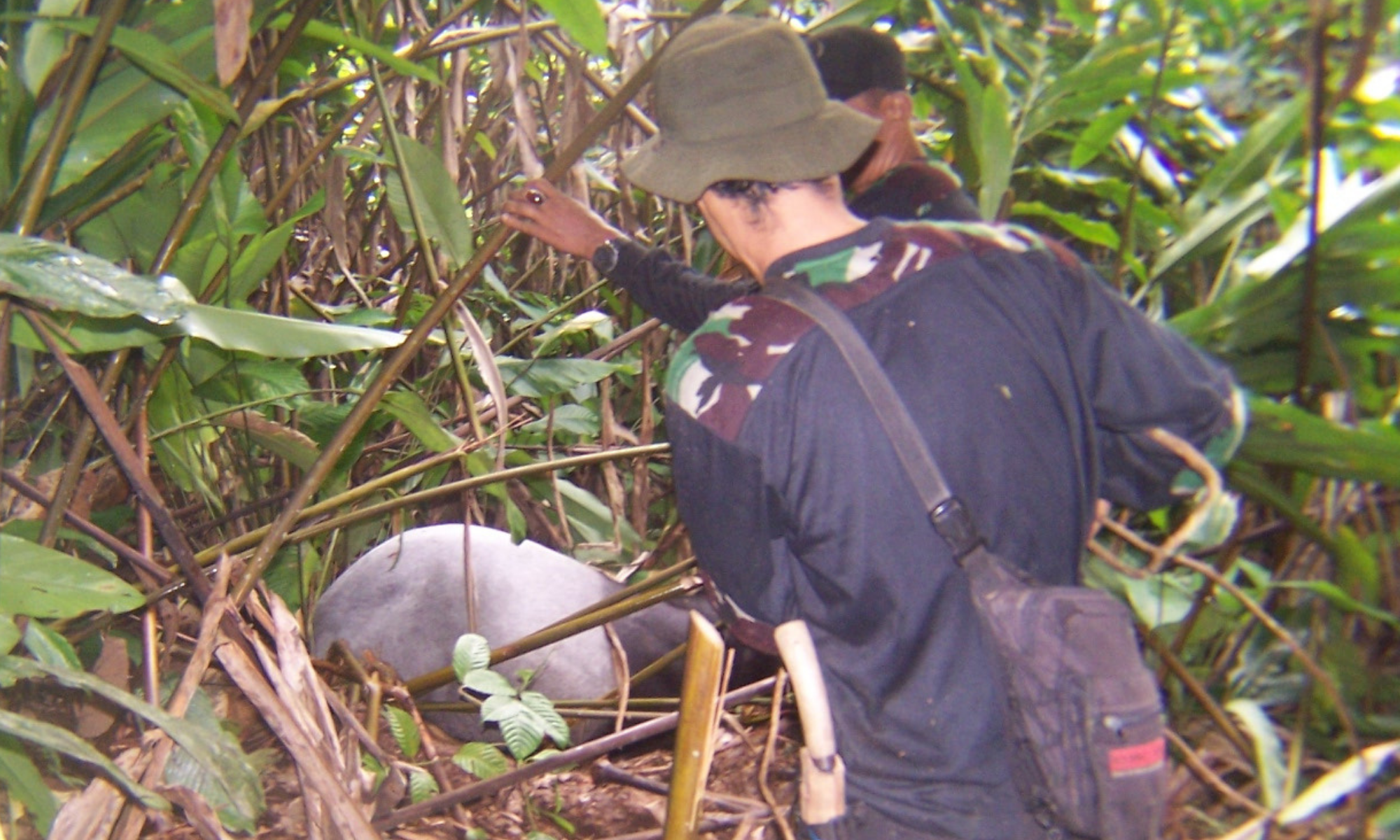 Rescuing a powerful and distressed tapir from a snare is a hazardous business. Credit: FFI/KSNP

It is hoped that the results of Kassie’s findings will help to inform management decisions in the park by providing a greater understanding of poaching activity and the consequent threats faced by both tigers and tapirs.

We have already seen ample evidence that the anti-poaching activities of the tiger protection teams in Sumatra can benefit other species such as pangolins and helmeted hornbills by disrupting illegal wildlife trade networks. In this instance, it seems clear that snare detection and removal is helping to safeguard tapirs as well as tigers.

The Malay tapir is the least studied large herbivore in Sumatra. It’s not easy to conserve a species – or the forest ecosystem it supports – unless you understand its role and its needs. This recently published paper goes some way towards bridging the knowledge gap by shedding new light on what was a grey area. Now, thanks to the collaborative efforts of FFI and our partners, it’s all there in black and white. Armed with the latest information, we are developing plans to ensure the survival of this declining denizen of the deep, dark rainforest.

Warning – The video clip below contains upsetting footage of a wild Malay tapir caught accidentally in a poacher’s snare intended for tigers. The traumatised animal was found by one of the park’s tiger protection units during a routine patrol. The team had to work out how to free this 300-kilo beast without endangering themselves or the tapir. Releasing the wrong cable would have allowed the animal to escape with the leg snare still attached, which would probably have resulted in a slow, painful death from gangrene. Fortunately, after a long and painstaking operation, the team succeeded in releasing the cables in the correct order, after which the tapir bolted for the shelter of the forest – severely stressed, but otherwise unharmed. We are hopeful that it made a full recovery, but others are not so lucky; without the intervention of the anti-poaching teams, these snares would take a terrible toll on tigers and other animals that share their habitat.

The one that got away