Capturing the cultural heritage of an Australian paradise island

K’Gari (meaning paradise) is a World Heritage listed island along the southern coast of Queensland in Australia. Perhaps more commonly known – off the island at least – as Fraser Island, it is a famed tourist destination.

The island was in the news only last month when a two-decade battle over a native title claim was won in a beachside hearing with a federal court judge. 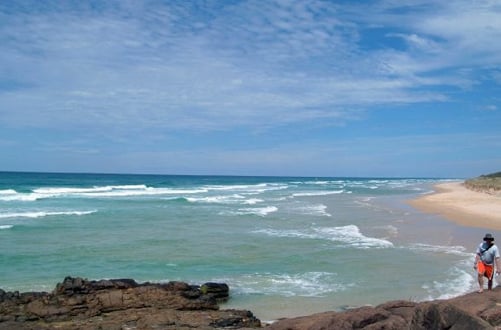 The first challenge was finding ‘someone’ who could secure and hold the funding on behalf of the Butchulla people, which is where I came in with Fauna & Flora International (FFI). Sadly, even with funding available, groups don’t always have the capacity to apply for it and that was something FFI could help with.

So once the funding was secured (through the Australian Government), I got to embark on one of the most incredible journeys of my life – there aren’t many people who get to work in a World Heritage area, let alone alongside the traditional owners. 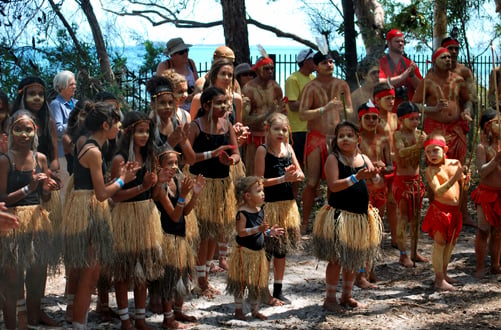 One of the most exciting activities we undertook was at the Bogimbah Mission site.

To share some of the history: in 1897, a mission was established on K’Gari by Archibald Meston. Meston rounded up 61 people “every Aborigine left in Maryborough” and took them to the old quarantine station at White Cliffs, known to the Butchulla as Balarrgan. By 1901, the mission had grown and 147 people were moved to the Bogimbah site, about 15 km to the north.

Bogimbah Mission was a terrible place (it still supports a large sand fly and mosquito population) and by the time the mission closed in 1904, nearly half of the Aboriginal inhabitants had perished from disease and malnutrition.

The remaining inhabitants were moved to Yarrabah, near Cairns. Earmarked for forestry, the mission buildings were removed, leaving no trace of the cemeteries.

Which is where we all came in, trying to locate the two Bogimbah cemeteries – the final resting place for 70 Butchulla ancestors. 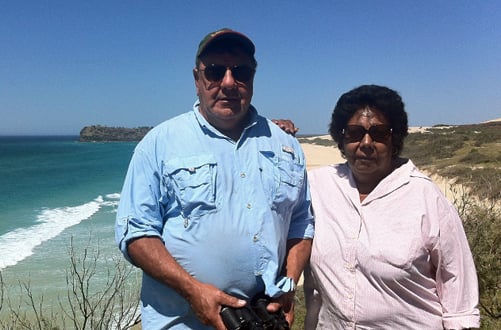 If you’ve ever used the phrase ‘phone a friend’ then you might get the idea of how the full team was assembled. The need not to disturb the soil or remains was going to need some specialist help and Ground Penetrating Radar (GPR) technology. 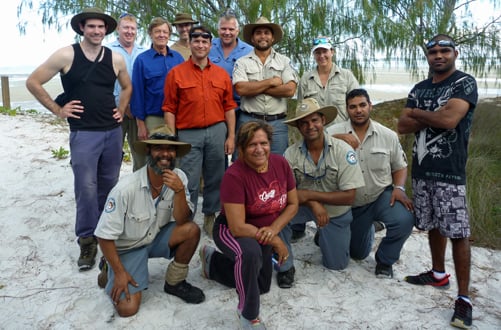 The very first sweep with the GPR unit revealed the existence of several rows of graves with a total of 24 graves identified. The undergrowth where these graves were located was relatively thin, so only a small quantity of dead wood had to be moved to allow passage of the GPR unit.

Following the success of this survey the team looked at two further sites, revealing another six graves.

To see the commitment and excitement on the faces of the team – and yes, the tears – when the graves were discovered was an incredibly special moment. A quick round of phone calls were put in to others who hadn’t made it to the island. We’d found them!

Searching for grave sites on the world’s largest sand island was like trying to find a needle in a haystack, but bringing together traditional knowledge, anthropology and modern technology enabled us to get the result we all wanted.

More importantly perhaps, is the legacy of the project itself. Skills built through the pilot project will lead to the mapping and conservation of more cultural heritage sites both on K’Gari and the adjacent mainland (also Butchulla country) ensuring that what we discover is passed down to future generations of Butchulla people. That’s not a bad start.