Joe Bull has been working on projects relating to biodiversity conservation and management for almost 10 years. Since his teenage years, he has participated in ecology and conservation projects as far apart as Nepal, the UK and Peru. After completing an MSc in Environmental Technology with Ecological Management, he spent a number of years working as an environmental consultant for Bureau Veritas, focusing on carbon and climate change, biodiversity and ecology. Consequently, Joe embarked upon a PhD at Imperial College London in collaboration with FFI, which he is now close to completing. For this, he is researching biodiversity offsets and environmental change in central Asia. In his spare time, Joe enjoys participating in endurance events like marathons, and plays the guitar and didjeridoo.

Biodiversity offsets (‘offsets’) basically provide a means for requiring developers to fully compensate for any unavoidable ecological damage they cause, the aim being to achieve ‘no net loss’ of biodiversity overall. The concept has spread like wildfire from its humble beginnings in US wetland mitigation in the 1970s, and the principle of ‘no net loss’ has found its way into conservation legislation in countries around the globe.

FFI partners with a number of large companies that also carry out offsetting voluntarily. However, the approach is treated with more than a healthy dose of suspicion by many conservation practitioners and scientists, and has been highly variable in terms of success on the ground. Offsets sometimes feel a little like playing with matches: the potential is huge, but there is a risk of getting burnt! For this reason FFI appreciates the need for a clear position statement on offsets to help navigate the risks – and refining this was one key aim of the workshop.

We were kicked off by Pippa Howard, Director of the Business & Biodiversity Programme at FFI, and a big name in the Business and Biodiversity Offsets Programme (BBOP), which is the leading global partnership on offsets. Pippa gave an overview, explaining why we might want to promote offsetting as conservationists, and how FFI is engaged. 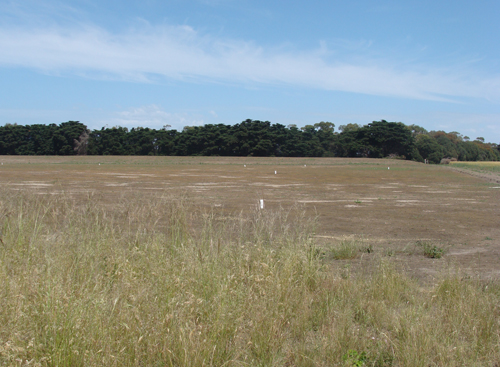 A theme of her talk was the BBOP Principles, which are associated with strict criteria and indicators for effective offset projects. These are designed to avoid, for instance, offsets becoming a ‘license to trash’ otherwise untouchable biodiversity. She also spoke of the importance of considering the landscape as a whole in designing offsets. The scale of FFI collaborations involving offsetting is staggering: primarily with the extractive industry, there are huge projects everywhere from Mongolia to Madagascar and beyond. But more on Madagascar later.

I then outlined some of the challenges facing offsetting, and the details of an FFI project involving offsets in Uzbekistan. I am currently conducting PhD research which looks at offsets within this landscape through Imperial College London. This research is part of an official collaboration with FFI. The talk focused on the problems of measuring biodiversity losses and gains, and how it is possible to achieve long term ‘no net loss’ when ecosystems are constantly changing – and increasingly rapidly so as a result of, say, climate change.

The implementation record for offsets to date leaves much to be desired, but there is certainly hope in the more effective systems such as grassland offsetting in Victoria, Australia. As for Uzbekistan: the ambitious proposals there are to compensate for the ecological impacts of the natural gas industry by restoring desert habitat, and protecting it to allow the critically endangered saiga antelope population to recover. The saiga are a key focus for the FFI Eurasia Programme, led by Paul Hotham, having declined by over 95% since the fall of the Soviet Union. 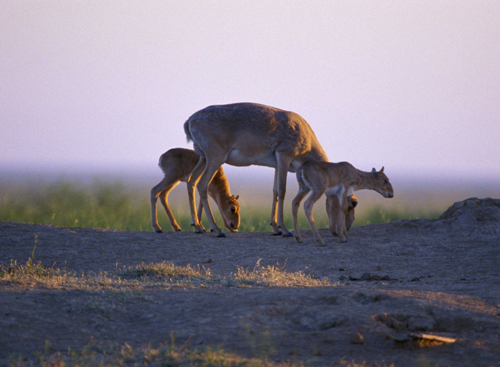 After some refreshments we dove into a series of quickfire case studies. Zoe Balmforth explained the merits of the offset system in New South Wales, Australia: a more recent version of the Victorian approach, which is widely believed to be one of the most effective offsetting systems in use in the world. Amazingly, the use of offsetting there has pushed the value of a hectare of native grassland up to hundred of thousands of dollars – which makes any developer think twice about clearing it.

Rob Brett outlined the large extractive offset in Madagascar, on which FFI is collaborating with Rio Tinto. Being Madagascar, almost everything that lives on site is rare and endemic, which makes digging a large hole in the ground anywhere…challenging. This includes some species for which over 90% of the global range is apparently found within the current mining site! Again, a lot of positives are associated with the project; not least a vast mining giant concerning itself with small, rare critters; but difficulty in implementation, particularly in terms of finding suitable offset sites nearby.

Finally, in keeping with one of the newest programmes at FFI, we heard from Nicola Frost about the potential for offsets in the marine world. This really is off the chart, as people are only just starting to work out what fully marine offsets might look like. What’s more, they can be even more controversial than terrestrial offsets: one only has to look at the response to a recent suggestion that seabirds killed by industrial fishing boats could be offset by pest removal on the birds’ breeding colonies to understand why. But this is a real area to watch, as it will grow and grow.

So, what does FFI think about all this? We could have gone on all day discussing the official position if Robin Loveridge (who did a fantastic job of organising the workshop) hadn’t called time. But in the end, there is support for the appropriate and carefully considered use of offsetting. The opportunity to bring the impacts of development more fully into consideration, and to justifiably leverage private funding for conservation projects, is too big to simply dismiss out of hand.

But we have a long way to go in making offsets as effective as they could and need to be. A key argument was, if offsets are difficult and complicated to make work, what is the point in using them rather than more traditional conservation measures? The answer, of course, is that ecosystems are complicated: if we really want to preserve and restore what valuable biodiversity is left to us, we need to get a grip on that, and offsets provide one of a range of new tools for doing so.

Joe Bull has been working on projects relating to biodiversity conservation and management for almost 10 years. Since his teenage years, he has participated in ecology and conservation projects as far apart as Nepal, the UK and Peru. After completing an MSc in Environmental Technology with Ecological Management, he spent a number of years working as an environmental consultant for Bureau Veritas, focusing on carbon and climate change, biodiversity and ecology. Consequently, Joe embarked upon a PhD at Imperial College London in collaboration with FFI, which he is now close to completing. For this, he is researching biodiversity offsets and environmental change in central Asia. In his spare time, Joe enjoys participating in endurance events like marathons, and plays the guitar and didjeridoo.