I recently discovered that a number of my western friends in Hanoi have never ridden a bicycle before. I’m 28 years old and most of my friends are similar in age, so this I found surprising.

I don’t expect that every child will have grown up riding a bicycle. There are undoubtedly many children around the world whose parents cannot afford to buy them one. However most of the friends I speak of grew up in well to-do, middle class households. And most of them grew up with every video game console imaginable. So it certainly wasn’t a financial issue.

Perhaps their parents simply didn’t have the time to teach them. For many children, being able to ride a bicycle provides your first real taste of freedom. The freedom of being outside. Of riding down to a creek to go fishing or down to the shops to buy an ice cream. For me, bike riding is synonymous with being outdoors in more natural surroundings. Whatever the reason, there’s something a little sad and perhaps telling about the fact that someone my age might have never ridden a bicycle before.

Bicycles were invented in Europe by a German named Baron Karl von Drais. They now number more than a billion worldwide. There aren’t too many cultures who have taken to the bicycle with such gusto as the Vietnamese – they are ingrained in the national culture. 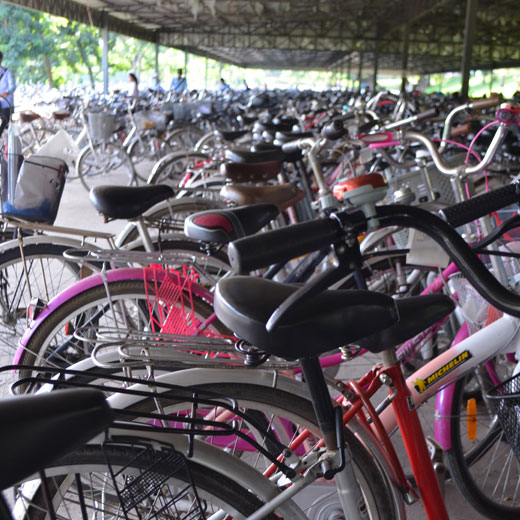 It is often noted how important bicycles were in the American war of ‘68, when they were used by the Viet Cong to move supplies up and down the Ho Chi Minh trail. There are still great numbers of bicycles trundling round Hanoi on any given day.

But it is also quite astounding how quickly bicycles in Hanoi are being replaced by motorbikes and cars. The pace of change, whether in the West or Vietnam, is dramatic, and natural environments are quickly making way for concrete and steel. 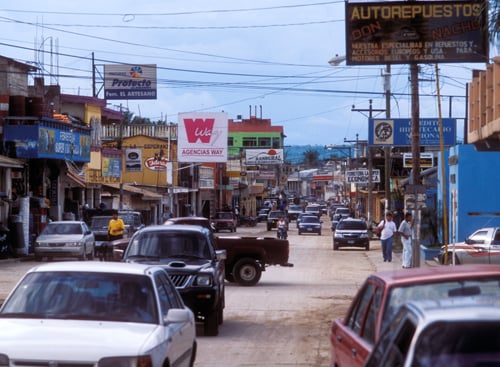 Around the world, cars are becoming a ubiquitous feature of our lives. Credit: Juan Pablo Moreiras/FFI.

Children today spend very little time going out into the natural world to play. Whether it be climbing trees, playing in the mud or collecting frog spawn. The consequences are only now starting to become understood, some of which border on absurd.

For example, 4 out of 10 American children reportedly do not know that milk comes from cows. And according to one survey, a third of young UK adults do not know that eggs come from hens and 20% of young UK adults have never once climbed a tree. Increasingly we hear about studies that link a wide range of behavioral problems to children spending less time outdoors. The phenomenon is being called ‘Nature Deficit Disorder’.

We also hear that more urban dwellers are developing asthma and allergies from lack of exposure to a natural environment. And that people who live further away from green space in urban areas suffer from higher rates of depression. 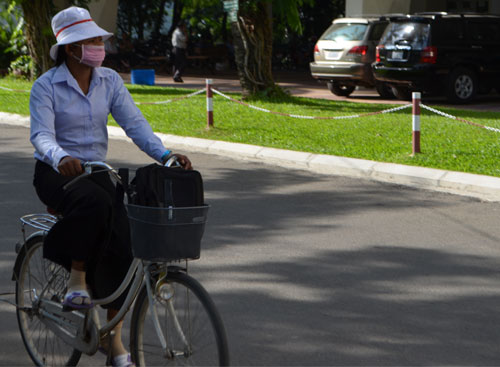 Living on an urban planet

Where am I going with these little anecdotes?

The childhood of today is a childhood spent indoors. This is true for many children, whether they live in Hanoi or London. Now I do not want this blog piece to descend into some lament for the past, for a time when things were simpler. Nor am I about to advocate for a lifestyle that shuns modern technology in the name of some hippie-esque, bohemian-like, return to the land (although if you are a hippie I still love you!). But there is a feeling of inevitability about some of the sweeping changes that accompany modernity; that much is certain.

We live on a rapidly urbanising planet. In fact it was in 2009 that the earth officially became an urban planet for the first time, with more than half the world’s population living in cities or towns. However, this doesn’t mean that trees will inevitably make way for concrete, bicycles for cars. If we are to influence urban planning, it will take a changing mindset, one in which we begin to radically interrogate our own ideas of what a city should look like and how we can influence development practice.

Conservationists are amongst those who will really need to change their mindset if they are to advocate for meaningful social change.

Conservationists tend to focus on biodiversity hotspots and protected areas that draw attention away from the conservation importance of other landscapes, such as urban ones. This is understandable – in the race to save species from extinction, diverse isolated habitats with large, charismatic species will likely take prominence over the few species that manage to scratch out a living on the streets of a big city. However if conservationists restrict their focus to the protection of isolated patches of habitat or rare species alone, they risk losing sight of where the real challenge lies.

Demand for timber and other natural resources in Hanoi places pressure on forests in northern Vietnam. Unless people in Hanoi, or London, are aware of how that their furniture purchase has led to a tree being felled elsewhere, we will never begin to solve the problems resulting in loss of the natural world. To Quote Bill Adams, a Reader in Conservation and Development at the University of Cambridge:

“On increasingly urban planet, the state of the natural world will depend on the extent to which a strong connection to nature and natural processes is maintained for the world’s population.” 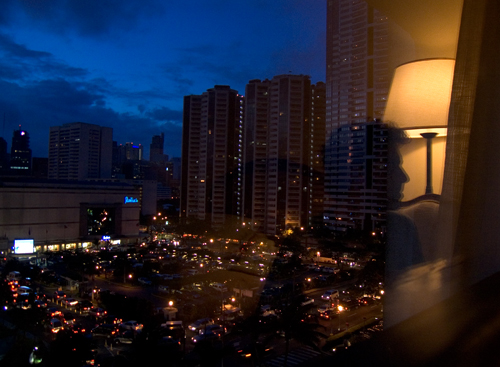 In an increasingly urbanised world, are we becoming disconnected from nature? Credit: Juan Pablo Moreiras/FFI.

So how do we maintain this connection to nature in urban areas? Advocating for more green space in city planning is one solution. Championing alternative food production systems such as urban agriculture is another. However it might be simpler: give young children the opportunity to ride their bikes. To get outside. To play in the dirt, to climb a tree. Help young children understand that there is life beyond a screen, and that the fate of the natural world is intricately intertwined with that of our own species.

For more on this topic, take a look at Stephen Browne’s blog on how restored mangroves are providing an oasis of calm in Jakarta.