Beyond material benefits – Connecting conservation and cultural identity in Cambodia 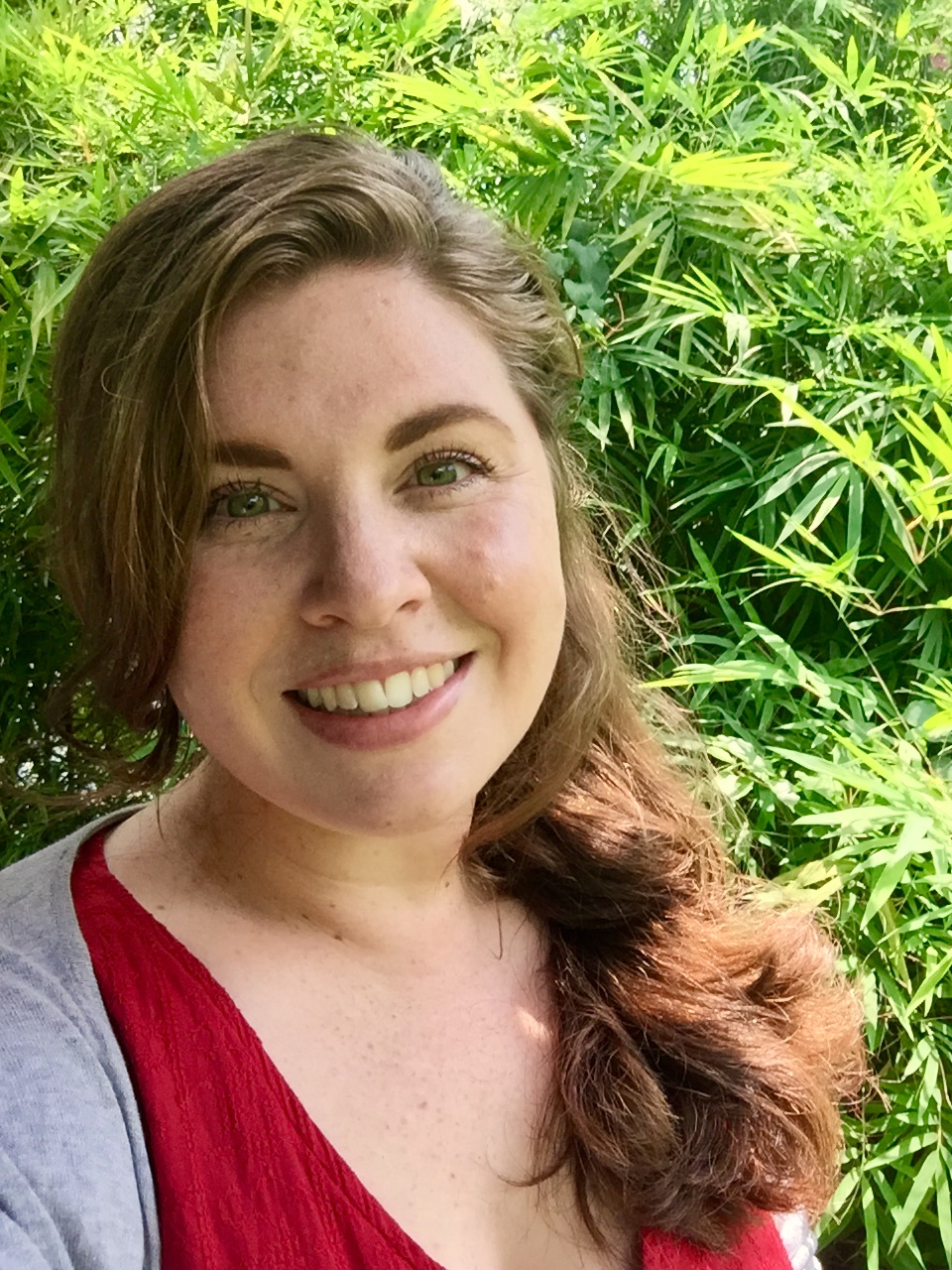 With a background in education & capacity building for social development, Bianca is passionate about building environmental literacy and motivating stewardship behaviors to secure a sustainable future.

Sitting at the heart of a global biodiversity hotspot, Cambodia harbours a remarkable variety of species. The spectacular cultural diversity of the Kingdom of Wonder is less well known, but encompasses a number of ethnic minorities, including Cambodia’s first peoples. Whilst limited information exists, recent estimations suggest that around 200,000 people identify as Indigenous, making up 24 ethnic groups.

Cambodia’s Cardamom Mountains represent one of the largest remaining tracts of rainforest in Southeast Asia. Red dirt roads enrobed with lush forests are knitted through the hills, leading to the rural commune of Tatey Leu. Reaching the village, the forest opens into spectacular vistas, where vibrant rice paddies mirror the indigo silhouette of the mountains. Tatey Leu is home to the Indigenous Chhong people, who are Khmer Deaum or “original Khmer”. For the Chhong of Tatey Leu, people and nature are inextricably linked; here, “everything is from the forest”. 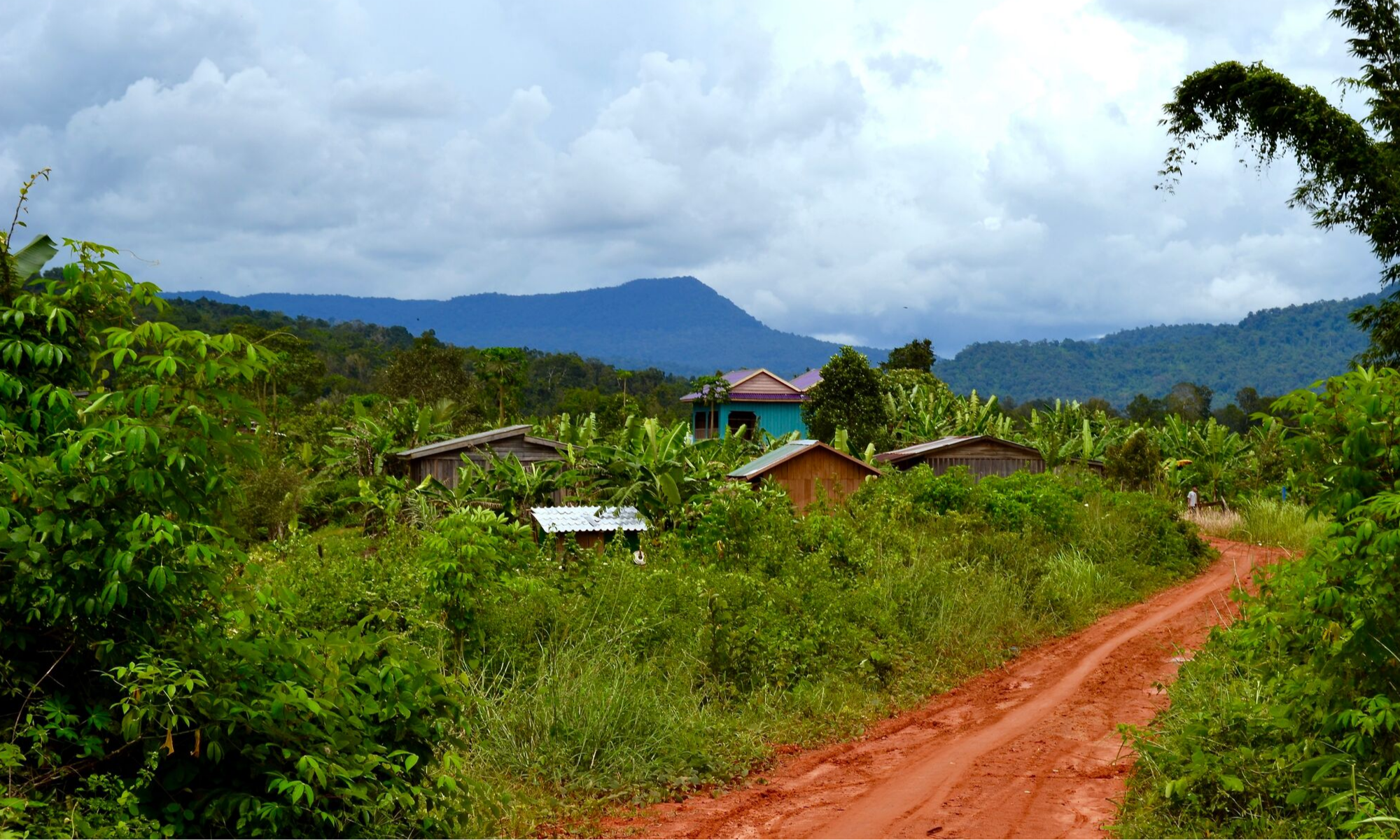 With special permission from community leaders, Fauna & Flora International (FFI) staff have been invited to an Indigenous ceremony. This ceremony calls forth the neak tah (spirits) to bring prosperity to the village in the coming year. Single file, the ceremonial procession winds its way through rice paddies and into the dense forest. On reaching a clearing, an altar is prepared and offerings are made to entice the neak tah from their dwellings in the ancient boughs of only the largest trees. Ceremonial incense is lit and, as a twist of silver smoke threads its way through the air, a wooden flute plays and community members dance through dappled light, singing to invoke the spirits. As part of this rite, elders don headdresses with wooden horns fashioned to resemble those of the kouprey, a large forest-dwelling ungulate. The cultural significance of the kouprey is expressed in the practices of the Chhong, but also nationally, with Prince Sihanouk declaring this species the Kingdom’s national animal in the 1960s. The poignant reality is that the kouprey is now functionally extinct, with recent population surveys estimating there are fewer than 50 individuals left in the wild. 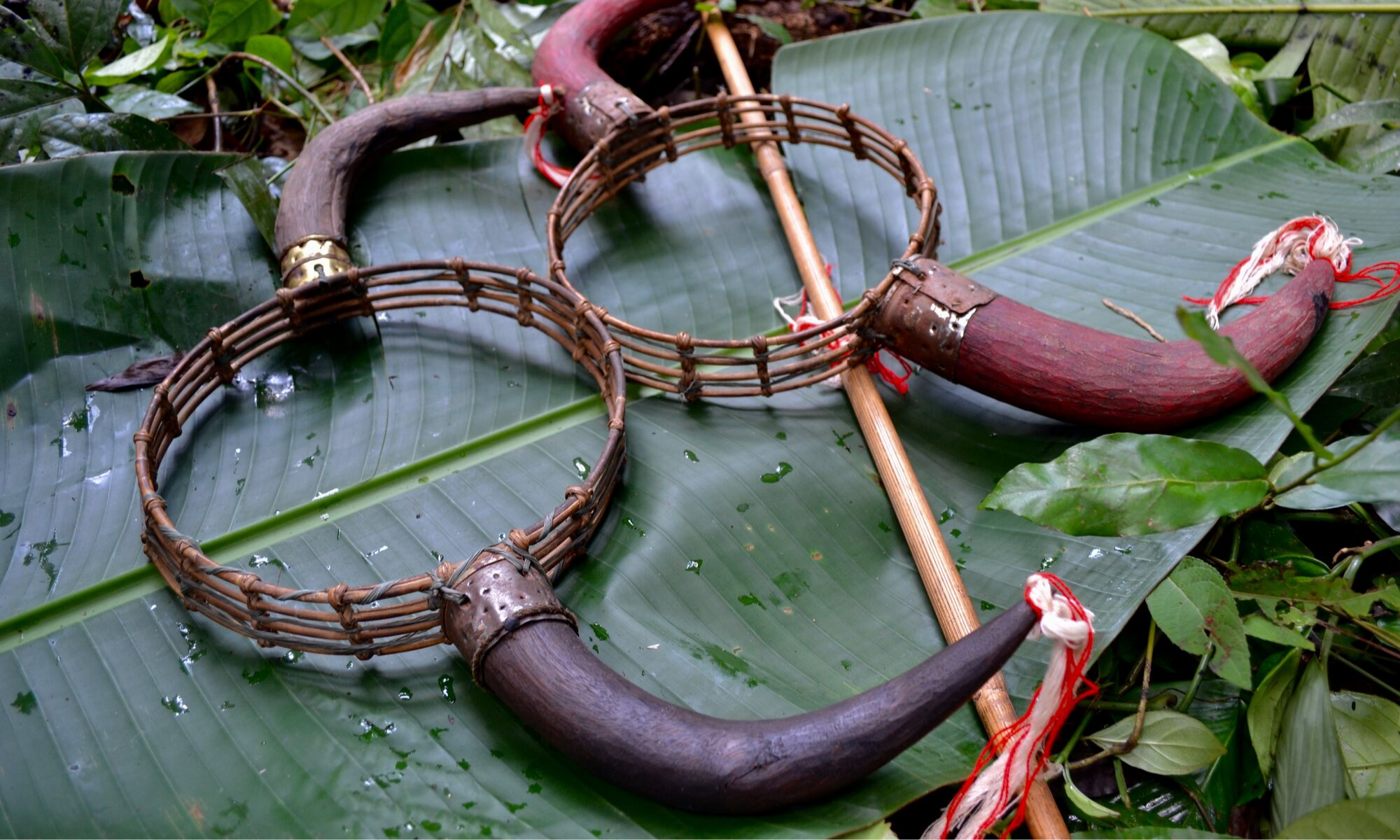 Like many countries in Southeast Asia, Cambodia faces the challenge of developing its economy without ravaging its natural resources. Forest cover in Cambodia has fallen by 20% since 1990 and illegal logging is an ongoing threat. In Tatey Leu, the toll of illegal logging extends beyond competition for resources and, as forests are lost, so are customary practices and beliefs. For the Chhong, some forests carry special significance – these “spirit forests” are sacred spaces where the large trees house neak tah and must be protected: “Chhong people only clear small areas and only cut down the small trees by hand. Outsiders clear large areas and cut down all the trees.” Faced with the marginalisation of, and discrimination against, Indigenous Peoples in Cambodia, Chhong leaders are swift to articulate their hopes for the future:

“I want people to be proud to be Chhong – in the past I couldn’t identify as Chhong, I felt too shy. When I went outside the commune the Chhong are nothing, people think we have no education and don’t know anything. I want the next generation to be proud and I want them to know they are important.”

Protection on paper and in practice

In Cambodia, a number of laws are in place to protect the rights of communities. Of particular importance is the Land Law (2001), which frames the land rights of Indigenous Peoples by recognising the role of customary systems in decision making and ownership. Such instruments are a crucial component of equity in Cambodia; however, day-to-day realities often differ from the black and white of such documents.

In Tatey Leu, the tension between customary and statutory practices and the rule of law is strongly felt. The motif of “the outsider” is commonly evoked during such discussions: “In the past, we followed the environmental laws and we got left out. We were not able to get the forest products that we used to get. The outsiders who didn’t follow the laws got all the benefits.” As it becomes increasingly difficult for these communities to live according to the values they hold, vulnerability to external shocks grows. Rural communities in the Cardamom Mountains suffer – on average – three hunger months a year and have poor nutritional status. In the face of such threats, educating the next generation about stewardship practices is key for the Chhong: “It is very important to protect the environment for the next generation, so they can collect from the forest to support their livelihoods.” 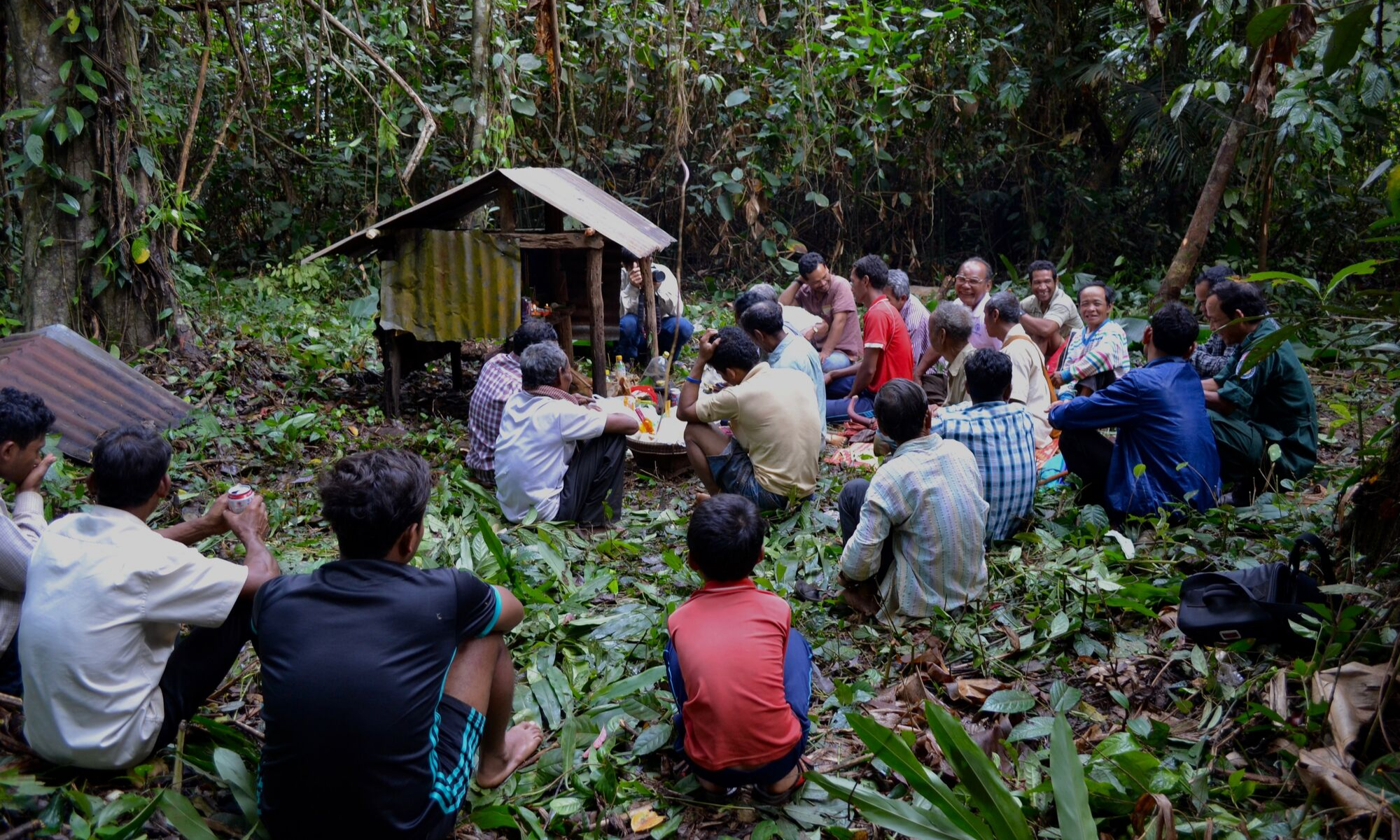 For the Chhong of Tatey Leu, people and nature are inextricably linked; here, “everything is from the forest”. Credit: Bianca Roberts/FFI

FFI has been operating in Cambodia for more than 20 years and, through the generous support of a Darwin Initiative grant, has developed an integrated conservation and livelihoods project in partnership with rural and Indigenous communities in the Cardamoms. This project promotes the conservation of highly threatened species, while supporting livelihood diversification to improve food security and decrease human pressures on the forest.

As a result of the project, at least 350 households across eight villages, including Tatey Leu, were empowered to strengthen their food security, and hunger months have been reduced by 30%. Culturally important wildlife including the critically endangered Siamese crocodile and endangered Asian elephant are reported to be under active protection by the local communities, with community wardens conducting regular patrols. Additionally, as a result of targeted awareness-raising activities there has been an increase in the recognition of marginalised and Indigenous peoples as environmental stewards acting to protect Cambodia’s threatened biodiversity.

The intrinsic value of ecosystems is articulated by a recent study investigating the well-being of project participants, which found that increased independence and confidence, reduced stress and increased clarity and hope for the future were all project outcomes. This research highlights that natural resources are more than just material goods or services; that when we preserve resources we also safeguard identity – the fundamental framework that is so integral to our well-being.

The many values of nature

FFI recognises that the diverse elements of nature are valued by people in a multitude of ways and that nature and landscapes often possess powerful cultural meaning for indigenous peoples.

With a background in education & capacity building for social development, Bianca is passionate about building environmental literacy and motivating stewardship behaviors to secure a sustainable future.