The baobabs of Madagascar are arguably the world’s most enigmatic trees. Found in the dry southern and western parts of the island, their wide trunks and stubby branches protrude out of the Malagasy soil like great, swollen limbs.

I first became interested in baobabs because of their relationship with flying foxes. These fascinating trees are pollinated by the bats and I can vividly recall all-night vigils lying underneath these natural towers, observing the lemurs and flying foxes that fed on the nectar of Grandidier’s baobab.
Madagascan flying fox feeding on a baobab flower. Video courtesy of Madagasikara Voakajy.

Over time, my professional focus slowly shifted from the bats to the baobabs themselves, as I came to understand how important these grand old trees were for people’s livelihoods in the Menabe region of Madagascar.

Perhaps the most famous of all is Grandidier’s baobab, which is classified as Endangered on IUCN’s Red List of Threatened Species because of deforestation and poor recruitment (the ability of seedlings to reach maturity). It quickly became apparent to me, however, that exploitation of these trees for roofing, basket- and rope-making and medicine was also a threat. The local demand for these baobab-bark products remains high and trees are not only stripped but sometimes even felled in order to maximise the bark harvest.

There is currently no specific legislation in Madagascar that manages the harvest of baobab bark or fruits, even though some products clearly have a high commercial value (e.g. shampoo & cosmetics) or are exploited very heavily (e.g. bark).

Tipping back the balance

In 2005, my colleagues and I established an NGO called Madagasikara Voakajy (which today is Fauna & Flora International’s partner in Madagascar) and initiated a conservation programme for the most threatened baobabs in Madagascar by helping local people to sustainably use this resource. 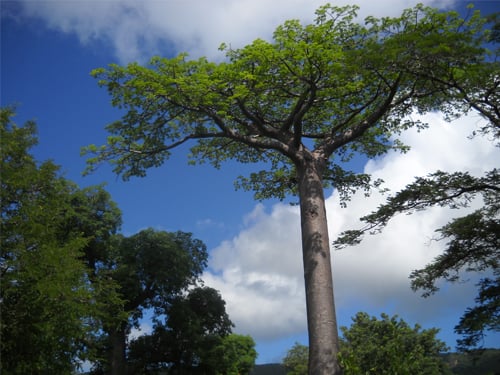 The Endangered Diego baobab is another Madagascan species that the Global Trees Campaign is working to protect. Credit: Madagasikara Voakajy.

Interestingly, people in the Menabe region of Madagascar revere the baobabs because they are important to their livelihoods and are of cultural importance. During village meetings and discussions with conservation stakeholders (which were led by Madagasikara Voakajy), there was widespread acknowledgement that current exploitation of baobabs is both detrimental and unsustainable.

Efforts are under way to tip the balance back towards traditional stewardship of these trees, preferably supported by a new legal framework that regulates harvest methods. This would empower local communities to protect and wisely use baobabs.

A major challenge remains in bringing the plight of the baobab to the attention of the wider world. In the Menabe region, because the baobabs are still quite widespread, greater effort needs to be put towards engaging people in the debate, focusing on the high cultural and natural value of the trees.

Madagasikara Voakajy, Fauna & Flora International and the Global Trees Campaign have teamed up to launch an ambitious project to conserve baobabs in western and northern Madagascar.

The project aims to re-assess the conservation status of the three most threatened of Madagascar’s six endemic baobab species for the IUCN Red List of Threatened Species, and undertake other activities such as establishing a nursery and planting new trees, compiling and communicating baobab-related stories, and raising awareness of the uniqueness of this tree to Madagascar. 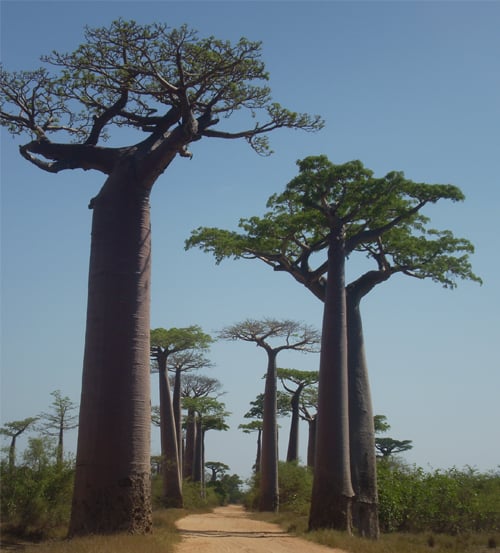 Baobab Alley is an iconic feature of the Madagascan landscape. Credit: Richard Jenkins.

This project has been endorsed by the representatives of the Ministry of Environment and Forestry, and is currently being presented and discussed with people in the region.

The survival of these remarkable trees still hangs in the balance and there is a tremendous amount of work still to be done to ensure that baobabs will keep their place within Madagascar’s rapidly changing landscape. But by involving communities and government in every aspect of the project, there is still hope that a growing national pride for baobabs will help ensure their survival.

To help raise awareness of the world’s threatened trees, Fauna & Flora International is publishing a series of blogs on the remarkable tales of some of our favourite arboreal species. Take a look at the first blog, in which David Gill (Programme Officer for the Global Trees Campaign) plants the seed…