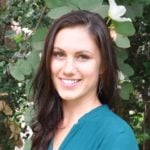 There’s something a bit odd about Batman.

Bruce Wayne’s wit, intellect and physical prowess aside, this superhero lacks any superpowers, relying on a simple bat costume (and of course, a few gadgets) to instil fear and panic into the hearts of criminals.

That fear is not unlike the terror stirred by numerous renditions of blood-thirsty vampires or the morbid appeal of undead heroes who have infiltrated pop culture, from the Twilight saga and HBO’s True Blood, to the upcoming British-American television series, Dracula.

But this isn’t a comic book, horror story or television drama. I’m talking about bats.

These astonishing creatures bear the weight of centuries of prejudice, misinformation, myths and superstition on their thin wings – from blood-sucking shapeshifters, to Halloween horror, to the witches’ brew in Shakespeare’s Macbeth.

In Europe, bats conjure up images of black magic and witchcraft, while in Western culture they embody fear of the night. For others, they are symbols of death and diseases like rabies or simply a creature with a tendency to get tangled in your hair.

Perhaps it’s time we got our facts straight. 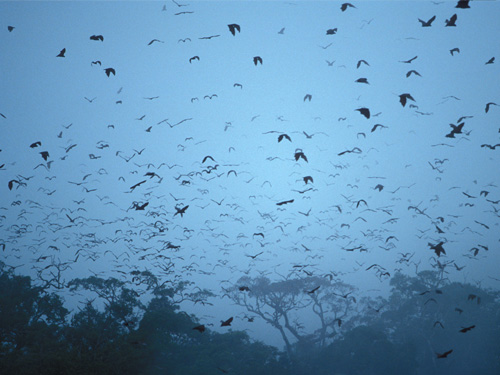 I met my first bats by the thousands. I was standing about 15 metres into Central America’s underground, inside the entrance to the Lanquín Caves (Grutas de Lanquín), a karst cave system in the heart of Guatemala.

Every day at twilight, the caves’ thousands of winged inhabitants emerge in search of food. Standing in the middle of the cavern, all I could sense was the cool caress of air as thousands of wings expertly detoured my face in their rush for the outdoors; somehow all the more intimate with my headlamp flicked off and only the bats’ high-pitched chatter and the sound of rushing air to fill the space.

An even more up-close-and-personal encounter was while worming my way through metre-thick guano along on the floor of a lava tube cave system in Kenya’s rift valley. Every movement sent a cloud of ammonia-charged dust into the air from centuries of cave use by bat colonies – which all happened to be roosting on the cave ceiling above me.

Despite what folklore might have us think, only three of the world’s roughly 1,240 bat species feed on blood and only one of those three ‘vampire’ bats consumes the blood of mammals. In regions where rabies is found, less than 1% of bats carry the disease.

In fact, as one of the most widely distributed groups of mammals, bats are vital to ecosystems worldwide as pollinators, dispersers of fruit seeds and consumers of insects. Mexican free-tailed bats (including the roughly 1.5 million that roost at the Congress Avenue Bridge in Austin, Texas and draw thousands of tourists every year) eat huge numbers of insects that damage corn, cotton and other crops in the South-western US.

From a personal perspective, I can think of a long list of far less pleasant experiences than watching bats exit a cave – high on this list is standing in the middle of an over-packed subway train while throngs of humans exit en-masse. 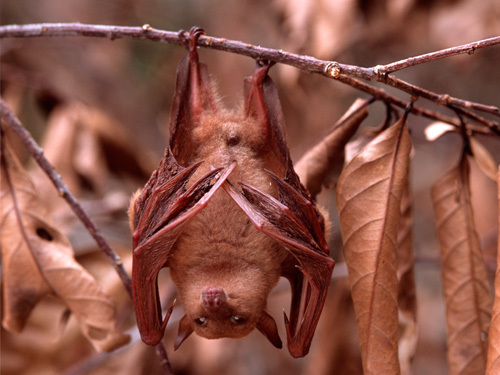 In the shadow of more charismatic species, and unaided by their negative reputation, bat species have had a tendency to be neglected by conservation efforts. Yet many bat species face threats that range from the fungal disease ‘white nose syndrome’ which can drain the energy reserves of hibernating bats, to habitat loss and heat stress related to climate change, to tissue damage from sudden air pressure changes near wind turbines.

Fortunately, Fauna & Flora International (FFI) has demonstrated its commitment to this conservation underdog, just as it has for snakes. On Pemba Island off Tanzania’s coast for instance, FFI’s partnership with local communities and the Department of Commercial Crops, Fruits and Forestry has supported a range of conservation activities focused on the Pemba flying fox bat, reviving the population from only a few hundred, to roughly 20,000 wild individuals today.

In Cambodia, FFI’s Dr Neil Furey, Research Advisor for the University Capacity Building Project, has helped to boost the number of known bats from 30 to 70 since 2000, including 4 species new to science.

Neil is currently working on The Bats of Cambodia, the second book in a series aimed at mainstreaming awareness and capacity for nature conservation in the country, to be produced in both English and Khmer, the local language.

“Books are a fundamental step towards generating interest in bats,” says Neil. “Essentially we’re putting tools on Cambodia’s shelves to engage the next generation of conservationists.”

For Neil, it’s not hard to burst bats’ negative stereotypes. “Have you ever held a bat?” he asks me. “A Beezlebub’s tube-nosed bat will explode with anger and indignation, but as it weighs only 4 grams, its teeth are too small to even pierce the outer layers of your skin.”

So what exactly is behind our aversion to bats? Perhaps the fact that bats live in places we have traditionally feared and revered explains our stereotypes and myths. Or perhaps, as the only mammals truly capable of flying, it’s our tendency to dislike a creature that we don’t – or won’t – understand.

Maybe a more accurate explanation is that – as with many things – the line between fear and fascination is not as hard as we might think. I certainly know that when a bat flits past my face at dusk I always feel a sense of awe – this elusive creature, part mammal, part mystery, gives us a brief glimpse into the dark and the underground, into the underpinnings and enigmas of ecosystems around the world.