Nina Nevado is a Research Associate at FFI in the Philippines. She is currently studying a Bachelor of Science in Development Communication at the University of the Philippines, Los Banos. Her enthusiasm for conservation and environmental sciences piqued her interest in applying for an internship at FFI in April 2014. After her internship, she decided to continue to work as a FFI volunteer by joining field work and helping in the production of communication materials such as coffee table books and wall newspapers.

Being on a hilltop, with a picturesque view of the mountains of Southern Sierra Madre on one side and the serene, mystical waters of the Pacific Ocean on the other, can be very overwhelming.

As Fauna & Flora International (FFI) Philippines summer interns, we (Kathleen Joyce Bondoc, Nina Loi Nevado and Joanne Lucille Supnet) were in Magsikap Village, in Quezon, to work with local communities to help them get ready to become a demonstration site for REDD+ (Reducing Emissions from Deforestation and forest Degradation, with the plus being the added benefits of conservation, sustainable management of forests and enhancement of forest carbon stocks).

We were privileged to visit and stay in the home of Ms Conchita Calzado, (or Manang Conching, as she is fondly known), former National Commission on Indigenous Peoples Commissioner and a respected leader of the Agta-Dumagat-Remontado Tribe (Agta). 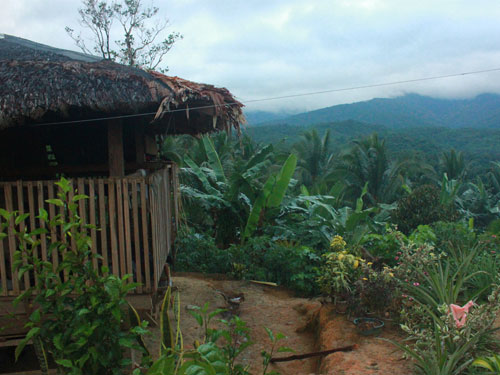 Supported by FFI’s Asia-Pacific Community Carbon Pools and REDD+ Programme, this REDD+ pilot project is located in one of the Philippines’ largest ancestral domains in the Southern Sierra Madre on the island of Luzon. The pilot project site is located in the municipality of General Nakar in the province of Quezon and covers 34 villages across an area of approximately 164,000 hectares.

In Southeast Asia, FFI’s Asia-Pacific Community Carbon Pools and REDD+ Programme was created as a climate change mitigation initiative to improve and strengthen laws and policies to help develop better forest management. Partnering with NTFP-EP and People and Nature Reconciliation (PanNature), pilot projects were implemented in Cambodia, Indonesia, the Philippines and Vietnam. 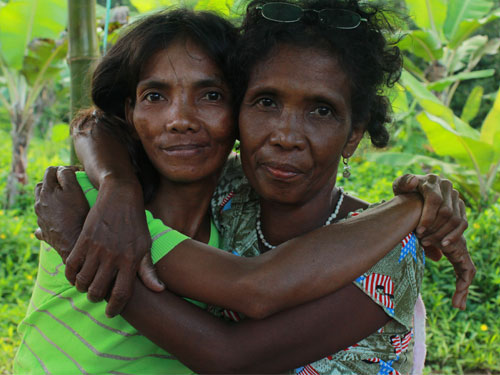 As student interns from the University of the Philippines in Los Baños, we visited the Agta communities to use what we have learned at university to help the REDD+ information, education and communication campaigns. Our work included determining the most effective approaches to communicate REDD+ and training some tribe members on how to disseminate information across the ancestral domain.

A place of peace

Admittedly, while it was a rare privilege to visit this place, it was also difficult for us initially. We have become so dependent on technology and are used to getting everything conveniently, in an instant. So it was obviously difficult to adjust to a place where there were no bathrooms, no running water, no television, no electricity, no internet connection and not even a single bar of signal on our smart phones!

But then we saw the wonder of village life. We actually breathed clean, fresh air into our lungs. We heard birds chirping in the background, breaking the unusual long periods of quietness (which we didn’t mind) that contrasts with the noise-filled city life as we know it.

By 6pm, we no longer had lights except for a solar-powered flashlight donated to Manang Conching’s family. Instead we had fireflies – amazing!

In the morning, we did not need to rely on our cellphones to wake us up on time as the Conchada family’s chickens served as our alarm clocks – most effective as they did not have any snooze buttons!

No trees = no clean water

But this ‘simple’ life is not without its difficulties. Already, the Agta community is experiencing a water supply shortage in the area. Manang Conching said this was because trees in the mid and lower areas of the forest have been cut. These trees serve as filters that make the water from the mountain drinkable.

If logging and agricultural practices within the forested areas are not properly controlled then the soil surface could be degraded, leading to reduced water filtration capacity and overall decreasing groundwater levels.

These concerns affect the whole nation, as the Agta forests are an important part of a major watershed that provides water to 17 cities in metro Manila.

The Agta people also talked about life getting harder, seeing a big difference between the past and now. Observing Manang Conching as she tended her small vegetable garden would make it seem as if they have everything they need here. She said, “Yes, but unlike before when we went out to the sea, we would have food to bring home. Nowadays, we spend the whole day looking but might not find anything to bring home.” 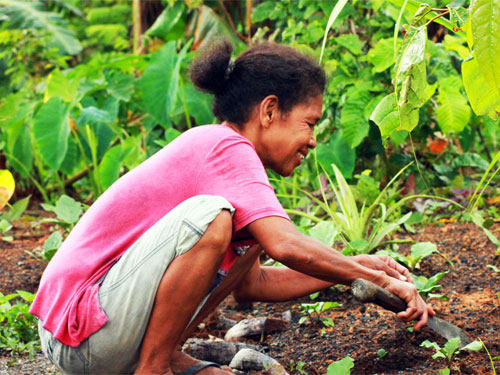 Back in the city, our thoughts returned to Manang Conching’s life, with more questions emerging…

How often does she have flashbacks of what the forest used be like? How is she dealing with the frustration of hearing the sound of chainsaws as illegal loggers cut down trees in her tribe’s own land? Living on top of the hill, how does it feel to see the forest-covered mountains being stripped of their skin, being drilled down to the core by loggers, miners and businessmen who only care about money?

We went to this community, with our skills and almost-completed degrees, thinking we could offer something to them. But in reality, they taught us many things instead.

We now understand that a forest is more than just a group of trees that supports various life forms. Its value goes beyond what our books may explain. For these people, it is where they want their children to live, grow and build their own families. It is what the simple life of the Agtas is founded upon.

It is their home.

Nina Nevado is a Research Associate at FFI in the Philippines. She is currently studying a Bachelor of Science in Development Communication at the University of the Philippines, Los Banos. Her enthusiasm for conservation and environmental sciences piqued her interest in applying for an internship at FFI in April 2014. After her internship, she decided to continue to work as a FFI volunteer by joining field work and helping in the production of communication materials such as coffee table books and wall newspapers.