Back in the DRC – heading home to a war zone

It was with great impatience and excitement that I made my way to Garamba National Park, in north-eastern DRC. After having launched our Community Conservation Programme in 2007 and three trips cancelled at the last minute due to rebel activities in the areas, I couldn’t wait to arrive at the park’s headquarters, Nagero, and finally meet the Fauna & Flora International (FFI) team and the rest of the staff. 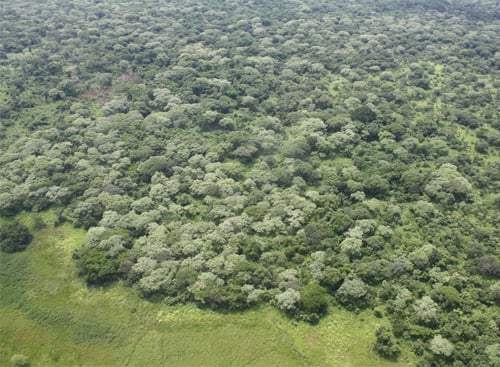 On the way to Garamba - looking down from our little aircraft. Credit: Thalia Liokatis/FFI

Our little six-seater Cesna made its approach and circled the park’s headquarters to let the staff know that we had arrived. The pilot carefully made his descent towards the landing strip but when the plane was about to touch down, a family of warthogs appeared from out of the bush, running towards the landing aircraft.

Our pilot pushed the throttle and we were off and up again, circling the landing strip to make another attempt at landing. The second approach was successful and instead of warthogs, the FFI Community Conservation Team, the Park Director Mr Jean-Marc Froment and staff from the ICCN (The Congolese Institute for Nature Conservation) were waiting to welcome us. What a joy finally meeting my team after all this time, Laurent Kidima and Francis Lusenge – and catching up with my dear friend and colleague Mbake Sivha. 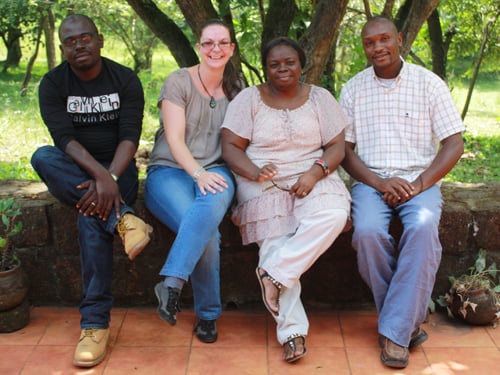 Unfortunately, my joy was short lived as Jean-Marc informed me that a group of rebels had attacked the park that morning and they were on high alert. After travelling a short distance to the lodge, a meeting was convened between the FFI team and Jean-Marc.

It was with great shock that we were told of the extent of the poaching currently being carried out in the park. Since April 7 this year, 78 elephants have been killed by organised groups from a helicopter, armed with sophisticated guns. One elephant was found with a wound caused by a 22 millimetre shell.

Following an investigation by African Parks, who manage Garamba and many other parks throughout Africa, it appears that the poaching attacks are coming from four main sources: the rebels from the Lord’s Resistance Army (LRA), some armed groups from South Sudan, poachers operating from a helicopter, and renegade members of the Congolese Armed Forces (FARDC).

What was most shocking to me was that the poachers are not only going for the tusks for ivory but now are also removing the brains and the genitals. This means that no individual, from old bulls, to matriarchs and even babies, in a group is spared. 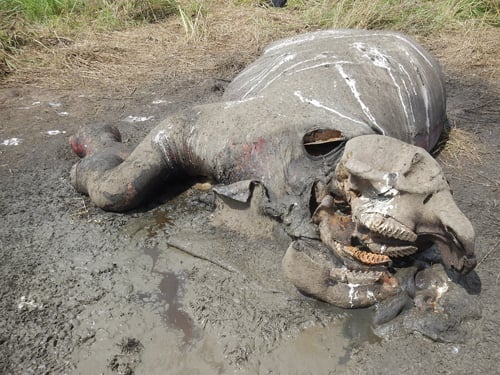 In order to meet this organised type of poaching, the park has launched an operation called ‘Safisha’ introducing and strengthening a series of counter-poaching measures –  but what is needed most is guns. Also of top priority are the huge amount of ammunition to fire with the guns, and some extensive training for the park’s rangers.

I truly felt I had landed at the frontline…

Hope for the future?

Two days later, two of our local partners came to meet us at the park to discuss our current collaboration and how the projects were progressing on the ground. It was with great pleasure that I met Monsieur Jean-Claude Apayma Malitano of the Association pour la Promotion Rurale (APRu) and Madame Marceline Anzoyo Tabhu from the Dynamique des Femmes pour la Conservation et le Développement (DFCD).

FFI has a proud history of working with local partners, building their capacity so that they can effectively undertake their core activities but also helping in establishing sustainable livelihood projects for the benefit of internally displaced people and the victims of rebel groups. After our meeting, we travelled to Faradje where we managed to visit a few of the projects funded by FFI. 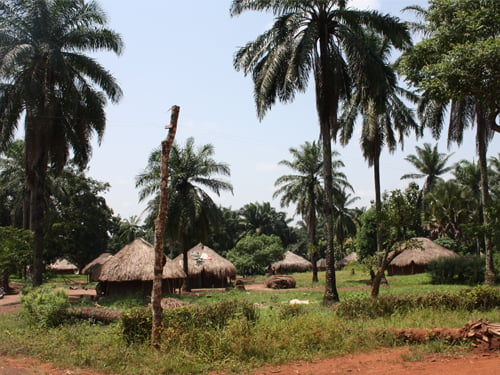 We first visited the local market, where I met two of the beneficiaries, one who has set up a small stall selling dried fish and the other who was selling locally made soap. After the market, we visited a new project set up by DFCD whereby a small farm was growing and selling vegetable seedlings. Finally we visited a project run by internally displaced women who had set up a small palm oil mill, selling the oil to the local market. 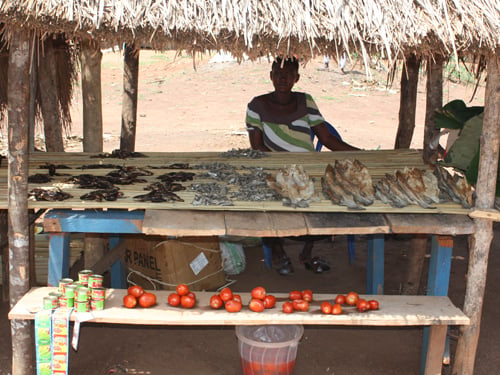 Back at the park’s headquarters, we were informed that another attack had taken place and more rangers were being deployed. Despite this sad news, it was heartening to see sustainable livelihood projects being successfully implemented on the ground, despite the constant threat of rebel attacks. Together we have created a model that is seeing local communities benefit from these projects, creating for themselves, a far better socio-economic outlook.

Too soon, it was time to leave Garamba National Park but with the promise of coming back soon. Once again I left in awe of the commitment shown by the FFI team, the park’s staff and our local partners to make a difference – be it to save the wildlife or to improve the life of the local communities who have suffered over so many decades. My heart goes out to them…. 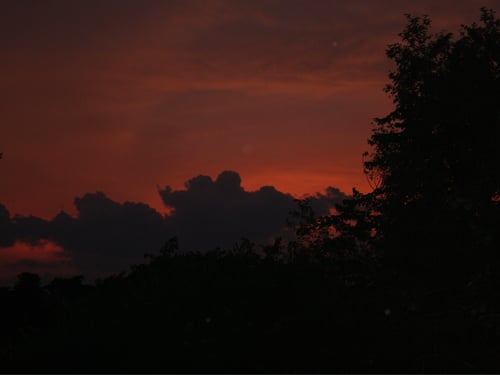 Post script: Since my departure, attacks have continued and as I write I was informed that the park had suffered another two attacks in the last 48 hours. Read more about it here

You can help by donating to African Parks who are currently raising funds for their anti-poaching activities.