Lulu’s enthusiasm for wildlife conservation began through her work in the rehabilitation and care of endangered wild animals.

Aerial surveys in northern Kenya have confirmed the existence of a large population of beisa oryx, otherwise known as the East African oryx. The surveys, which took place in 2016 and 2017, covered the south-eastern parts of the area occupied by conservancies within the Northern Rangelands Trust (NRT) – a community-led NGO whose mission is to develop resilient community conservancies that transform people’s lives and conserve natural resources.

The surveys revealed that Nakuprat-Gotu Conservancy, which buffers Shaba National Reserve, hosts the largest known remaining concentration of oryx within the NRT conservancies. The total number of oryx recorded in September 2016 was 618, increasing to an estimated 631 individuals by June 2017. The survey data, especially the consistent numbers recorded in the last two years, is extremely encouraging for beisa oryx conservation when compared to the 180 individuals estimated to be in the area during the surveys led by the Kenya Wildlife Service back in 2012. 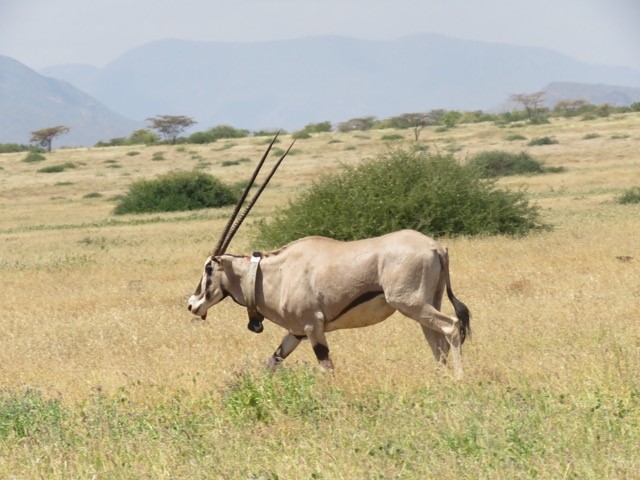 The 2016-17 figures highlight the national importance of this sub-population of beisa oryx, which could represent up to 10% of the Kenyan population of this subspecies. Although these antelopes are widespread across northern Kenya, their numbers have been declining due to poaching and habitat loss caused by growing human settlements and overgrazing of livestock. Little is known about the range and movements of this species and, to date, it has not benefited from dedicated conservation action. Recognising this, NRT (one of Fauna & Flora International’s long-standing partners in Africa), developed a programme supported by FFI through a grant from Fondation Segré, aimed at safeguarding the population of beisa oryx found within NRT conservancies.

As part of the conservation programme, a population of beisa oryx is being introduced into one of NRT’s protected sanctuaries inside Sera Conservancy, which also harbours critically endangered black rhinos. This will offer protection from poaching and avoid competition with livestock for resources, enabling oryx numbers to increase more rapidly. As the population grows, the plan is to reintroduce oryx into the wider protected landscape of Sera outside the sanctuary where there is room for further expansion. The sanctuary is strategically located close to the sub-population identified in the aerial surveys, which will allow for complementary conservation activities in the long term. 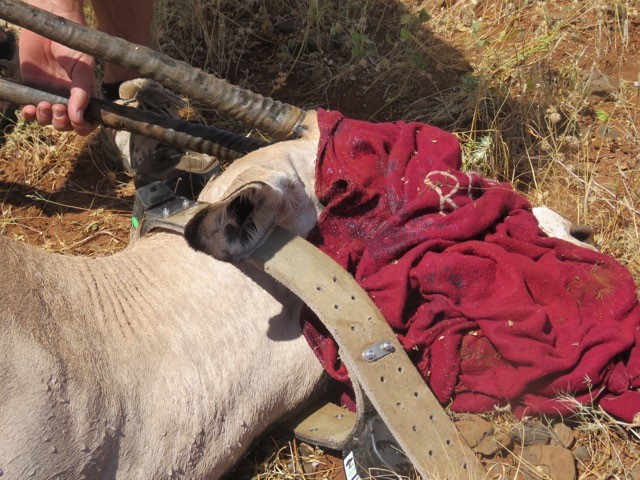 An orxy during the collaring exercise. Credit: Northern Rangelands Trust

The introduction of beisa oryx to Sera Conservancy also provides further opportunities for research and dedicated conservation actions for this species. This additional research, the continued Sera Conservancy programme, and a complementary collaring programme – which is improving our understanding of the oryx’s range and movements – will make a vital contribution to the conservation of this species, helping to develop a wider oryx recovery programme in Kenya in order to safeguard the future of these beautiful animals.

Lulu’s enthusiasm for wildlife conservation began through her work in the rehabilitation and care of endangered wild animals.