A dedicated conservationist, William Oliver was a close colleague and friend of many at Fauna & Flora International (FFI), and we were deeply saddened to hear of his sudden passing last week. Here we share a few tributes from FFI staff to honour one of conservation’s most colourful characters.

No one who worked with William is likely to forget him. He could be charming, irascible, dryly funny, wise and insightful. He was wonderful company and an instinctive and relentless teacher. He held an unshakeable conviction that saving rare and endangered species was the right thing to do, and he pursued it for his entire career.

The main beneficiaries of his determined efforts were among the world’s more neglected species: Jamaican hutias, Assamese pygmy hogs, and the spectacular and little known endemic fauna of the Philippines, including spotted deer, flowerpeckers, warty hogs, cloud rats and monitor lizards. It is so sad – but entirely in keeping with his character – that he neglected his health to pursue his work up to the end. 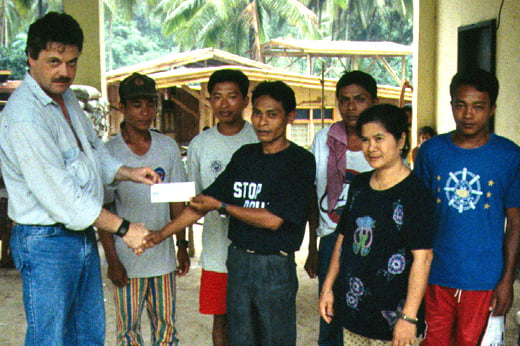 William Oliver presents a cheque to a community conservation team in the Philippines. Credit: Mike Appleton/FFI.

William was, in his own way, a pioneer. On Cebu and Polillo islands in the Philippines, he was supporting community stewardship of protected areas and species more than 15 years ago. He understood the importance of building local capacity and ownership, mentoring and supporting a generation of Filipino conservation biologists and establishing national conservation foundations.

When captive breeding became unfashionable, he stuck with it, convinced that it was the only way to safeguard certain species, and in doing so he persuaded many from the international zoo community to support in situ conservation. His ‘Only in the Philippines’ campaign was a model for building national pride in endangered endemic fauna. 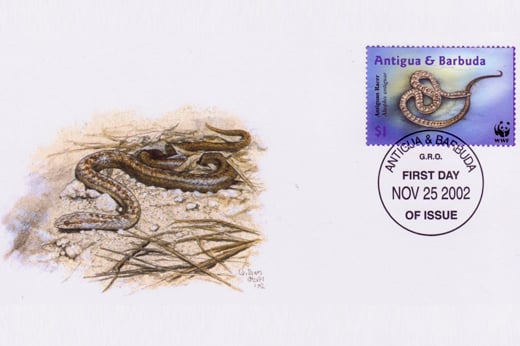 As FFI’s Asia-Pacific Regional Director I was responsible for managing William for a few years, but in truth he was by and large unmanageable. It took great efforts to persuade him to adopt new ways of doing things, but if finally convinced, he gave in gracefully and embraced new approaches enthusiastically.

He was incapable of following a plan for very long because if something more pressing came up, he would respond and adjust to it, juggling a complex web of interlinked initiatives, donors and partners. At the time it was infuriating, but somehow it mostly worked. Today we call this “adaptive management” and encourage it!

At times, most of his collaborators have been frustrated with William’s particular approach and style, but although he often seemed to be falling out with someone, it was rarely for long. He never ceased to enthuse and engage new partners and supporters for his work.

As conservation has become more corporate, technocratic and structured, the space for people like William has, sadly, shrunk. When I first started working with him, I foolishly concluded that he was getting it wrong. But after travelling, working and learning with William all around the Philippines, I came to understand and appreciate what a huge difference he was making in his own unique way.

And I learned how much conservation needs and should support the William Olivers of the world: passionate, compassionate, determined, single minded, invaluable individuals who dedicate their lives to nature, get on with it and just never give up.

In the summer of 1988, I found myself in a class of aspiring conservationists at a training programme organised by the Durrell Wildlife Conservation Trust in Jersey. Though more than a quarter-century ago, there was one lecture that I will never forget: William Oliver on the subject of wild pigs. William threw himself into the subject with such gusto that I can still remember his theatrical gesticulations and breathlessly excited descriptions of the distribution, ecology, status and distinguishing features of every species and subspecies of pig and peccary in turn.

He brushed aside increasingly urgent whispers to “wind it up, Bill” as his lecture ran 10, then 20, then 40 minutes over schedule. William wasn’t the sort of person to be silenced while sharing his boundless enthusiasm and knowledge of the world’s porcines. His parting cry, as he was finally prised away from his lectern, was, “But I have hardly begun to tell them about Red River Hogs!”

Some years later, as colleagues at FFI, I always looked forward to meeting William and talking about this or that animal. While the three P’s – pigs, peccaries and the
Philippines – were his passion, I found he was always eager to learn more about wildlife and help find solutions, be they crocodiles or weasels or rodents.

He was a champion of bizarre and neglected species. I remember once meeting him for lunch in Tagaytay, and he entered the Jollibee burger bar carrying a small plastic fish tank containing something resembling an eel. “This is the Lake Taal sea snake,” he announced, oblivious to the startled faces of fellow diners. “It’s the only freshwater sea snake and I think we should do something to conserve it. I’ve fixed up a boat to see the lake. Yes it is rather venomous. No time for lunch. Let’s go!”

William was a doer who could not be easily deterred from taking action if he was convinced it was the right thing to do, and he had little patience for bumbling bureaucrats who got in the way.

He was unfailingly generous with his time and wisdom for people who were serious about wildlife, and inspired and mentored many dozens of young conservation leaders in the Philippines and beyond.

William’s love for nature shines out in his beautiful artwork, which helped to raise awareness of threatened species all over the world. I will always treasure a set of stamps of the Critically Endangered Antiguan racer in the West Indies, which he painted with exceptional sensitivity and skill, albeit while grumbling about all the fiddly little scales. 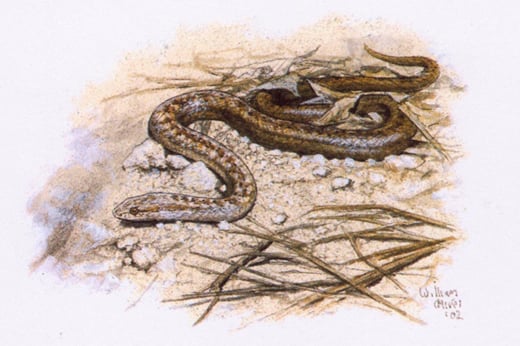 William Oliver was one of a kind. His diverse and far-reaching legacy will live on through his paintings and the many threatened species, protected areas, community groups and aspiring conservationists who benefited from his support. I am so proud to count myself among them. Rest in peace, William, and thank you.

I first met William in 1993 during the first Wildlife Conservation Society of the Philippines conference, held a year after 15 or so Filipino scientists and conservation practitioners formed the society.

He was passionate about Philippine endemic mammals. William hated big meetings and formal sessions but became very animated when someone pressed the right buttons. You could almost see the passion spew out (with sweat and saliva to boot!) on these occasions. 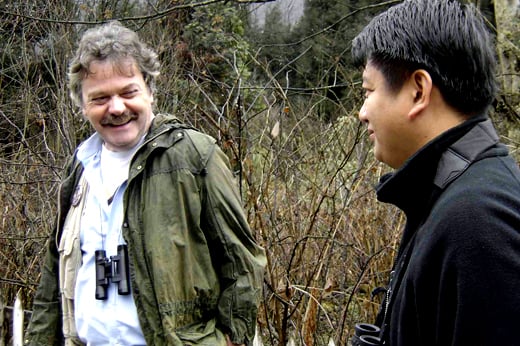 We hit it off the first time we met – I suppose I was one of those people who hit his soft spots and engaged him – and that was the beginning of our friendship. We shared many hours (usually with rum and coke) hatching schemes for new NGOs to respond to local conservation issues with global significance, dreaming up posters (of the famed ‘Only in the Philippines’ series) and setting into motion conservation action in central Philippines.

I would probably describe our friendship like that of Professor X and Magneto from X-Men: we have always agreed on the principles and the imperatives regarding wildlife conservation in the Philippines but I remained as his foil – a yang to his yin, providing the ‘human’ and Filipino dimension to his usual maverick and gung ho approach. I have learned a lot from this dynamic. He earned my respect and I think I earned his. Rest now, old friend.