A tribute to John Burton

John Burton, who has died at the aged of 78, was at the helm of Fauna & Flora International (FFI) for almost 13 years, from 1975 to the end of 1987, at which point it was known as the Fauna & Flora Preservation Society.

John was a conservationist with a difference. Others have already pointed to his achievements at the World Land Trust, which he founded in 1989, but we would like to pay tribute here to his absolutely pivotal contribution to the evolution of FFI, courtesy of a few choice nuggets from With Honourable Intent, the definitive history of the organisation.

For all its success in the decades before John Burton took over at FFI, it was not so much an organisation as a loose affiliation of natural history experts and enthusiasts pursuing their own personal interests or, as he himself described it: “A gentlemen’s club for ageing conservationists.” It needed a collective identity and was crying out for an injection of new blood. 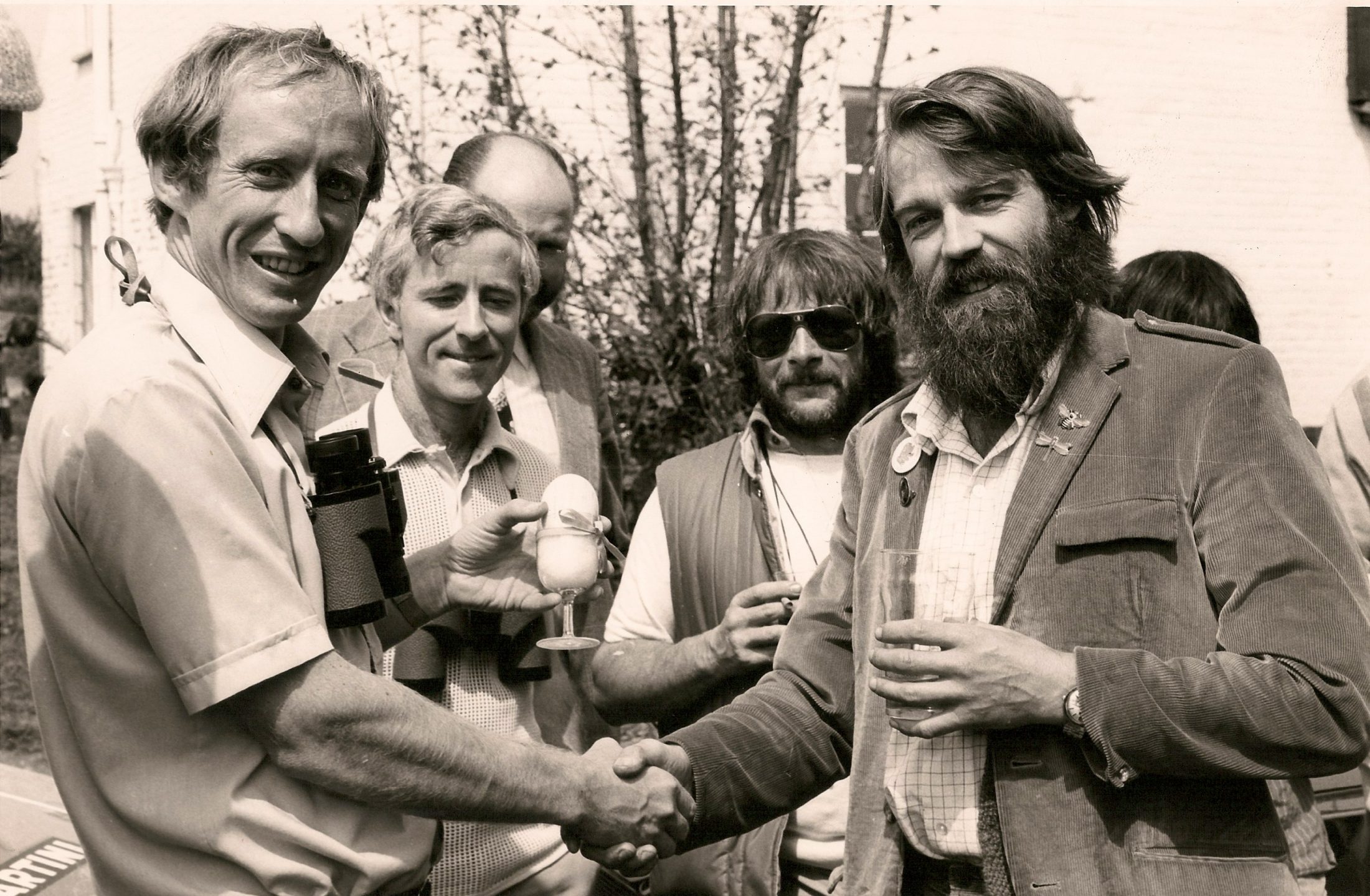 John Burton (right) concedes defeat to David Tomlinson and his eagle-eyed Country Life team after the 1981 Big Bird Race, a novel fundraising ruse in the shape of a 24-hour sponsored birdwatch. Credit: FFI

John had been making waves as a wildlife consultant at Friends of the Earth. He arrived at a meeting under the misapprehension that he was there to discuss International Whaling Commission policy, but after a ten-minute chat over a pink gin in the Fellows’ Restaurant at London Zoo, followed by lunch, he had accepted a job at the Fauna Preservation Society, with a brief to “professionalise and upgrade” the organisation.

He wasted no time in appointing Vivien Gledhill as office manager, and the future Mrs Burton remained in post for six years: “We have always been a double act.” Viv left to work for Sir Peter Scott, before the husband and wife team were reunited at World Land Trust.

John’s first, unofficial, engagement involved joining a delegation to attend an IUCN conference in Kinshasa, a crash course in the political machinations that were inseparable from efforts to control the illegal trade in ivory and other wildlife products. The trip included a surreal bonus in the shape of an exclusive tour of President Mobutu’s private collection of okapis, during which John wisely refrained from asking whether the military dictator had a CITES permit for his leopard-skin pillbox hat.

His experience of working on wildlife trade issues led to John’s appointment as part-time chair of TRAFFIC, then an embryonic trade study group established to monitor the effectiveness of the newly ratified CITES (the Convention on the International Trade in Endangered Species of Wild Fauna and Flora). It wasn’t long before he was making a nuisance of himself. The TRAFFIC team decided to demonstrate the ineffectiveness of CITES enforcement by smuggling items through customs themselves, and his own research into the records of HM Customs and Excise led to several awkward questions, including why Britain was importing cheetahs from Brazil.

It was John who took the call from David Attenborough in 1978 that kickstarted the Mountain Gorilla Project – precursor of the International Gorilla Conservation Programme – which played a crucial role on rescuing this great ape from extinction.

Charismatic megafauna were not the only beneficiaries of John’s vision. It was during his tenure that FFI began to champion neglected species that tended not to win popularity contests, launching successful charm offensives on behalf of bats, reptiles and amphibians, and even great white sharks. 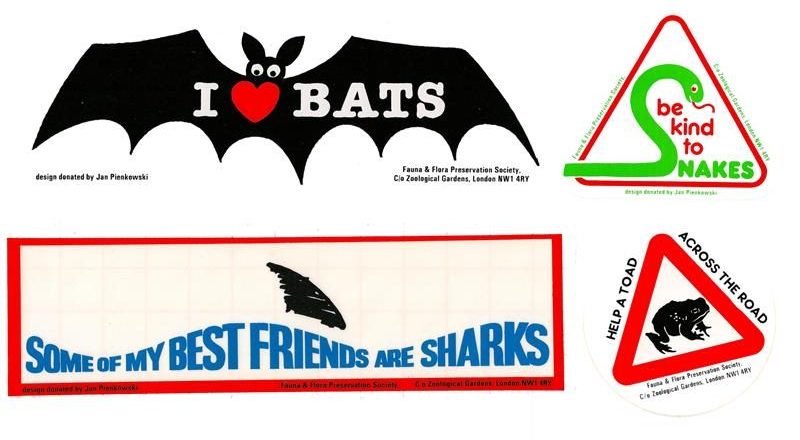 Stickers entreating us to ‘Help a toad across the road’ and ‘Be kind to snakes’ and professing a love of bats all struck a chord with the wider public. One of the most inspired promotional ruses, as part of a campaign to safeguard the Mediterranean tortoise, was to convert a Citroën 2CV into a mobile giant tortoise and drive it across Europe.

A Citroën 2CV converted into a four-wheeled tortoise draws the crowds during its European tour. Credit: ZSL

In the absence of other international plant conservation bodies, John took the opportunity to formalise the organisation’s own commitment to plants, persuading the renowned Kew botanist Grenville Lucas to join the board and implementing a name change that saw ‘flora’ incorporated into its official remit in 1980.

John had a happy knack of picking potential winners from the endless stream of worthy conservation causes that crossed his desk and recommended themselves for support. The iconic Mountain Gorilla Project is among the many that might never have seen the light of day without his instinctive grasp of where FFI’s meagre resources could be most productively deployed.

Mark Rose, CEO of FFI for the past three decades, paid this personal tribute: “John was an inspirational and creative conservationist, and I was among the many he inspired. He gave me my first career break as an intern at TRAFFIC’s first office, based in London Zoo, which contributed significantly to the development of my career in international conservation. He will be greatly missed by all who knew him.”

Appropriately enough for a keen birdwatcher, John loved to ruffle feathers. To his evident delight, some of his more provocative comments, articles and guerrilla tactics did not endear him to certain influential members of the conservation fraternity. After an embarrassing exposé about the illicit smuggling of panda skins out of China somehow found its way onto the front page of The Sunday Times, they demanded his resignation, but he remained undeterred. 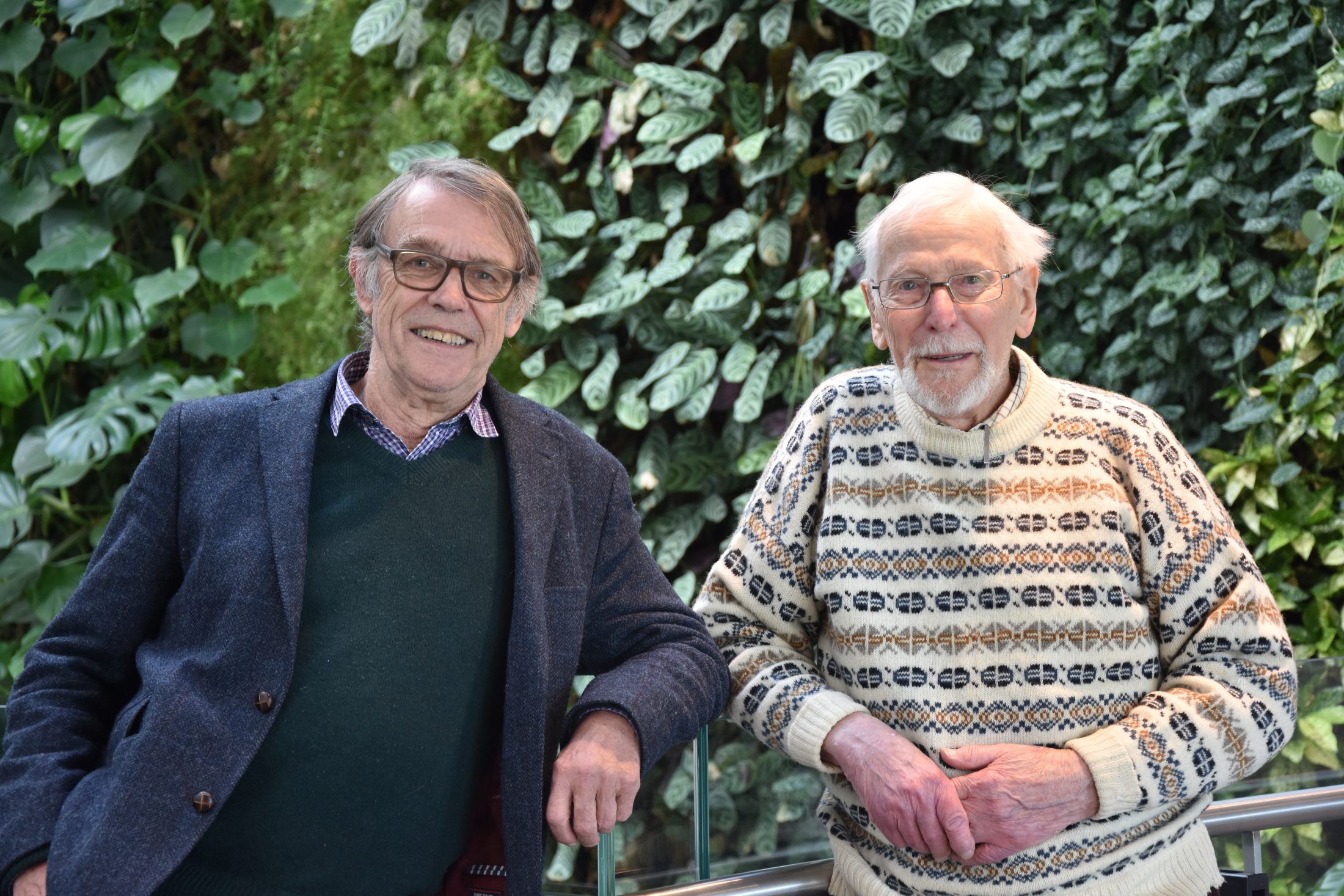 John pictured in 2018 with Denys Ovenden, the wildlife artist with whom he collaborated on the Collins Field Guide to Reptiles & Amphibians of Britain & Europe. Credit: Lizzie Duthie/FFI

John Burton was a man of action and activism, impatient with what he saw as the academic navel-gazing and over-emphasis on research that he felt characterised the sector at the time, and he swept through the corridors of conservation like a breath of fresh air, or perhaps more accurately, a whirlwind.

He will be sorely missed.