A glimpse of Liberia’s secret biodiversity 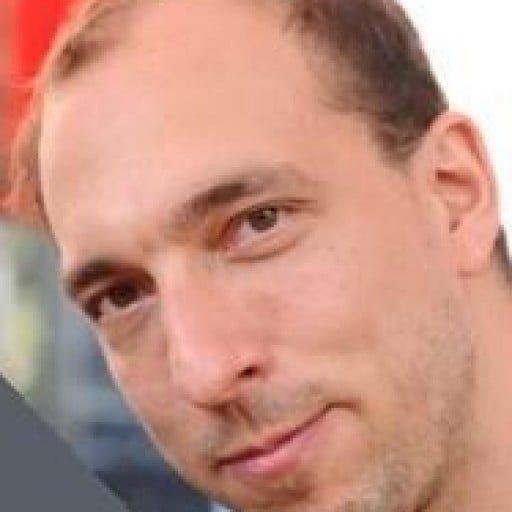 Liberia is a country famous for all the wrong reasons.

Decades back, it was only really known for tyre and rubber company Firestone’s enormous and controversial rubber plantation, at a time when Liberia was often referred to as the ‘Firestone Republic’.

But then things got worse – a lot worse. Two devastating civil wars gave the world Charles Taylor and nightmarish tales of cannibalism, child soldiers and the infamous blood diamonds; and these dominated Liberia’s new image.

What is less well known is that the wars were not only funded by diamonds, but mostly by timber – ‘blood timber’. 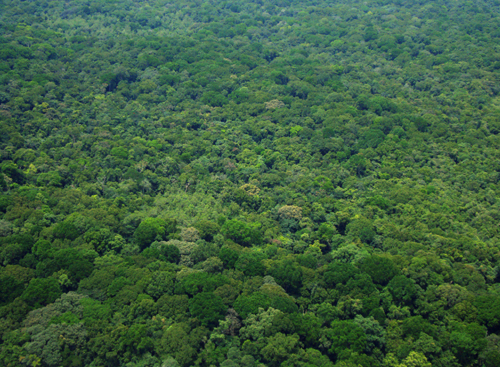 Liberia is, by far, the most densely forested country in West Africa.

The Upper Guinea Rainforest, although the smallest of the group, ranks up there with the Congo, Amazon and Indonesian forests as the world’s great tropical forest ecosystems; and most of it is in Liberia.

During the war, some extremely unscrupulous logging companies maintained operations (and apparently human rights abuses too), to supply logs, and thus a financial lifeline, to Taylor’s war machine.

Camera traps from Fauna & Flora International’s work in Libera showcase the first record of a leopard in Shaw-Boe District, Sinoe County, the first video of a pygmy hippo from outside a national park or reserve in Liberia (also in Shaw-Boe District); as well as a bongo and elephant in Wonegizi Proposed Protected Area.The second war ended in 2003, and today, Liberia is a very different place altogether.

Thankfully, much of the forest remained intact (ironically, some of that is due to war and the total breakdown of infrastructure and trade) and despite the recent past, you could not hope to meet a more friendly bunch of people.

Anyone who has been to West Africa will tell you, and it’s really true, you cannot walk the streets for five minutes without hearing laughter or music, or both.

Fauna & Flora International (FFI) has been working in Liberia since 1997, meaning we arrived during the conflict, and stayed. We have worked for well over decade to re-build local capacity for forest governance, support the management of national parks and try to tell the world that Liberia is so much more than a war, bloody diamonds, or Taylor’s trial in The Hague.

In 2011, FFI, with funding from the Norwegian government (Norad), began a programme of REDD+ in Liberia.

For the uninitiated, REDD+ stands for Reducing Emissions from Deforestation and forest Degradation – which provides incentives to local communities to leave forests intact – plus conservation, sustainable forest management, and activities like reforestation to enhance forests.

Growing stability in Liberia, although essential and most welcome, has led to a rapid expansion of oil palm plantations and logging concessions, meaning that these majestic forests are once again under great threat.

As part of any REDD+ project, one the first and most important steps is to ascertain the natural values of a prospective site, as part of the site selection process.

And having chosen a site, project developer needs to know what biodiversity is present, and if any wildlife is rare, at risk or endemic (found nowhere else in the world). 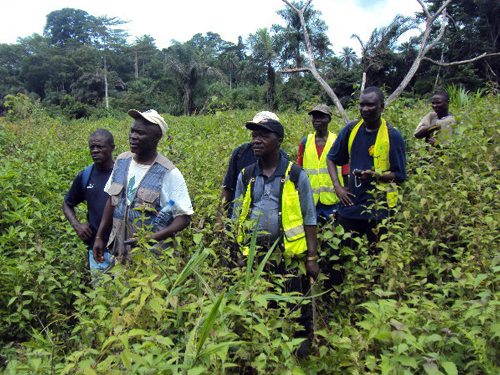 The international REDD+ team in Liberia, comprised of Liberians and other experts from around the world, undertook three separate biodiversity assessments, including one at the main REDD+ pilot site in Wonegizi (a proposed nature reserve), on the north-western border with Guinea.

And the results of all three have been incredible.

The team captured the first ever video footage of a leopard in Liberia, deep in the forest, video and images of the rare and regionally endemic pygmy hippo and rock fowl, and evidence that Liberia is a strong-hold for chimpanzees, thanks to images from all the surveys sites.

Moreover, the larger two sites, including Wonegizi, were shown to still support forest elephants – a different, smaller and much rarer sub-species than their more famous, savannah cousins.

A snapshot of Liberia’s unbelievable biodiversity

What follows are just a few of the most important finds from these surveys.

These images not only give a snapshot of Liberia’s unbelievable biodiversity, but also, we hope, illustrate that a new era beckons for Liberia; one in which the country is famous for being a haven for stunning (and often unique) wildlife. 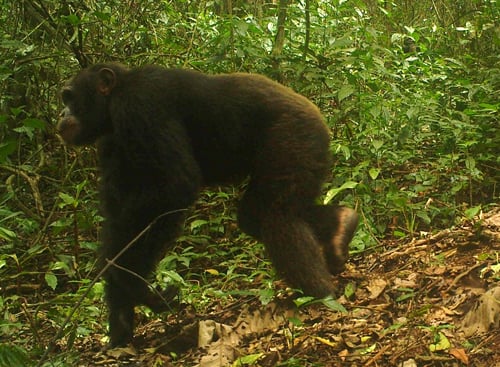 Camera-trap close-up: a chimpanzee in Wonegizi Proposed Protected Area, the first time chimps have been photographed in the region. Credit: FFI. 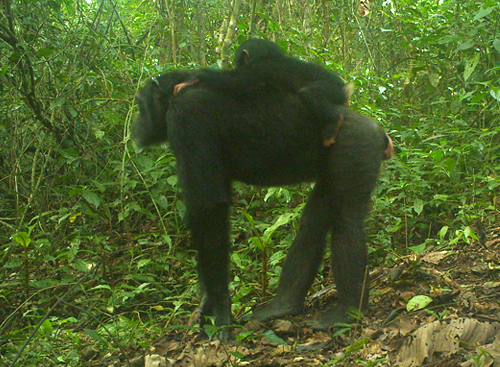 Chimpanzee mother and infant in Wonegizi, evidence of breeding and reproduction, and therefore particularly encouraging for the future. Credit: FFI. 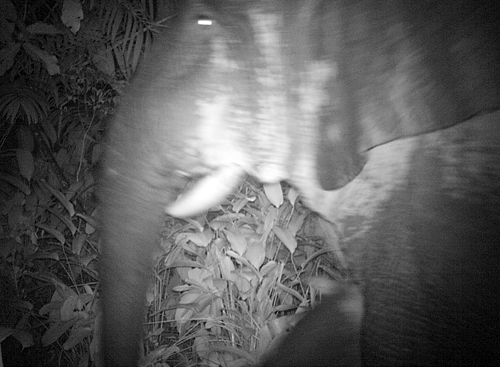 The first images of elephants in Wonegizi. Credit: FFI. 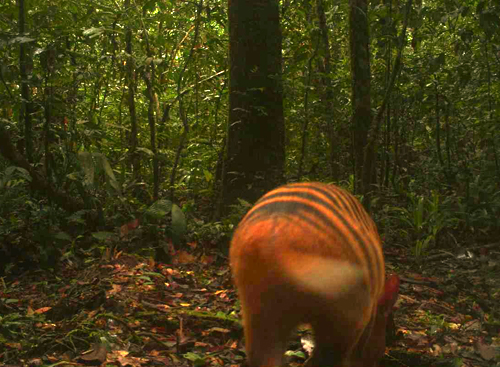 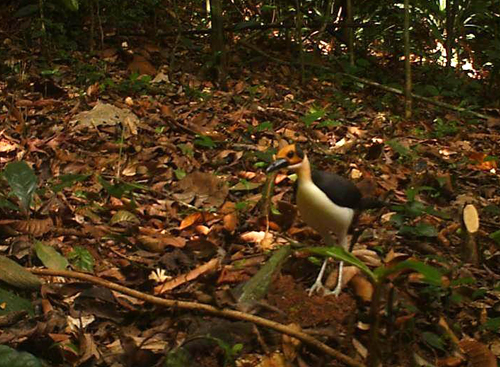 Rock fowl photographed in Wonegizi. This rare species is restricted to the Upper Guinea Rainforest of Liberia and nearby countries. Credit: FFI. 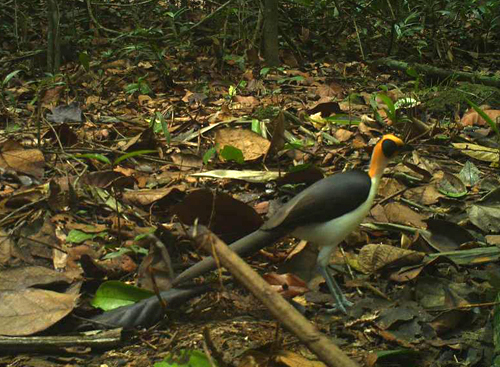 Rock fowl, like this individual photographed in Wonegizi, only nest under overhanging rocks. Credit: FFI.

It is high time that blood timber be replaced by REDD+ trees in the imaginations of us all. In doing so, we can help usher in a new period of peace and prosperity, based on the sustainable use of forests and their ultimate protection – for the carbon they absorb, the livelihoods they support and the pygmy hippos they shelter.

In 2012 biodiversity surveys in Sapo National Park, Sinoe County, Liberia, captured the first photos of the Liberian mongoose in this part of the country.