Mysteries of the deep

We live on a blue planet. About 71% of the Earth’s surface is covered in water, and a whopping 97% of this is found in our seas and oceans.

However, we still know surprisingly little about this watery realm – so far, only 5% of our oceans have been explored. What we do know is that life under the waves is as rich, varied, and fascinating as life on land.

The majority of marine life is concentrated along the continental shelves – the shallow waters surrounding the major land masses. Here, sunlight and nutrient upwellings create an ideal environment for plants and algae to thrive, which in turn support vast food chains from tiny zooplankton right up to the mighty blue whale: the largest animal ever to have lived on Earth.

Around the tropics we find coral reefs, which are among the most biodiverse ecosystems on the planet. Despite occupying just 1% of the seabed, these support more than a quarter of all marine life.

Yet even if we venture out of these biodiversity hotspots, down into the deepest abysses or to the frigid waters of the poles, we still find an astonishing variety of life – much of it bizarre, and all of it extraordinary.

More than three billion people depend on marine and coastal biodiversity for a living.

Some corals can live for up to five millennia, making them the longest-living animals on Earth.

of the world’s oxygen is produced by our oceans.

Threats to the marine environment

Healthy seas and oceans are vital for human life. Not only do an estimated one billion people depend on seafood as their primary source of animal protein, but our oceans also make our planet habitable, producing over half of the oxygen we breathe and storing 50 times more carbon than the atmosphere.

Coastal habitats such as mangrove swamps and coral reefs provide protection from storms and tsunamis, while ocean currents regulate our climate and weather systems. 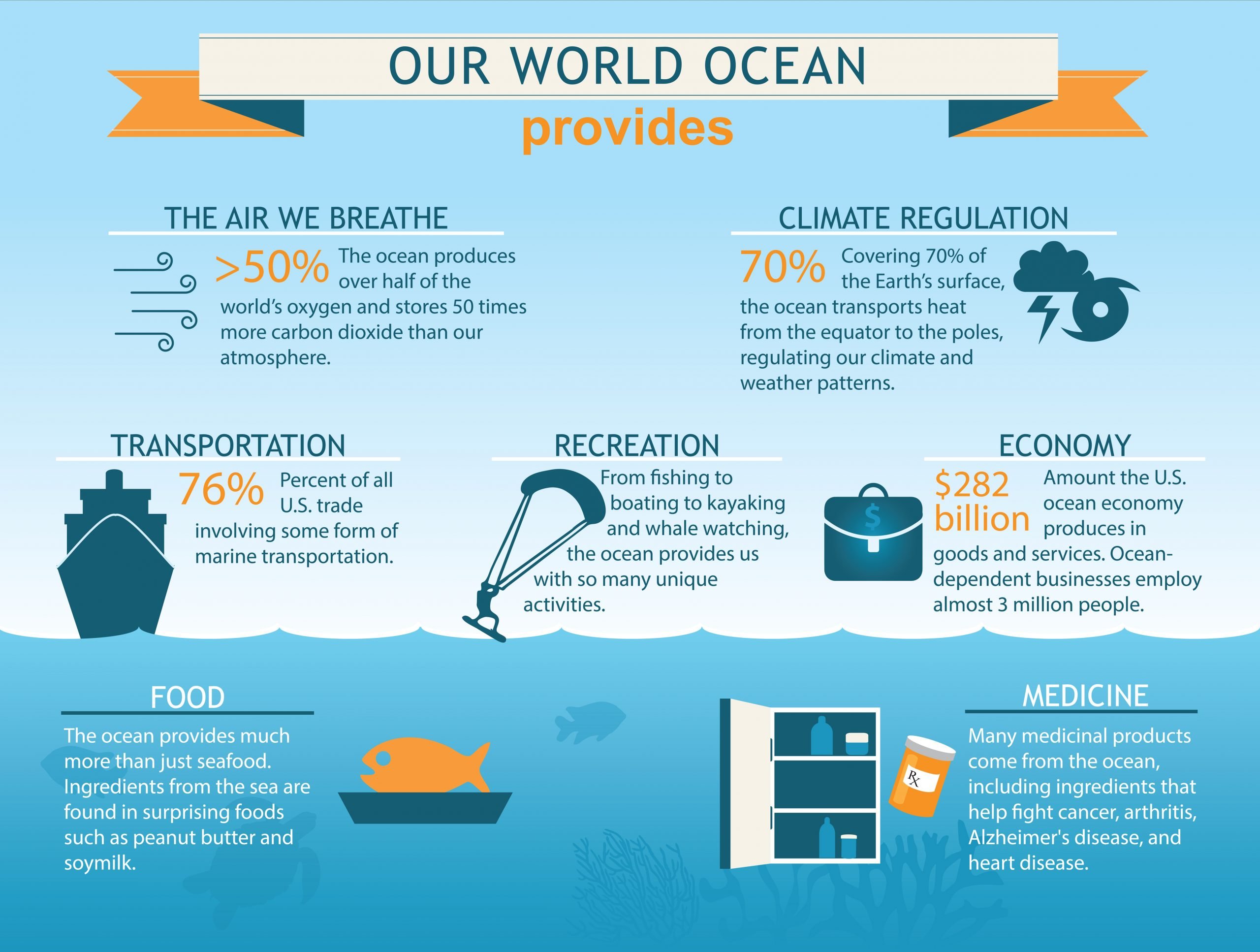 Credit: NOAA. Why should we care about the ocean? www.oceanservice.noaa.gov/facts/why-care-about-ocean.html

As on land, however, our marine environment is in crisis. Habitat destruction, pollution, overfishing, climate change and ocean acidification are all taking their toll, alongside myriad other threats.

If we are to save our seas, we urgently need to tackle these threats. Crucially, we need to maintain marine biodiversity, as this diversity is key to healthy functioning marine ecosystems and boosts their  resilience in the face of pervasive threats such as global warming.

Our work to protect marine biodiversity

Fauna & Flora International (FFI) has been working on marine conservation for decades – particularly through our work to protect nesting sea turtles in Nicaragua.

However, our work in the marine realm really took off in 2011, thanks to a substantial grant from Arcadia (a charitable fund of Lisbet Rausing and Peter Baldwin). This enabled us to explore the role we could play in protecting our threatened seas on a broader scale.

From this, our marine programme has blossomed, with dozens of projects across the Americas, Eurasia, Africa, and Asia-Pacific regions. This work is focused around three strands: